In March 2017, a meeting of the Union Cabinet chaired by Prime Minister Narendra Modi approved the proposal to grant Constitutional status to the National Commission for Backward Classes. Earlier this month, the Bharatiya Janata Party-led government introduced a Bill in Parliament for the Constitutional amendment that would pave the way for this empowered commission. The Lok Sabha cleared the Bill but the Rajya Sabha didn’t. Justice A.K. Rajan, former judge of the Madras High Court, tries to demystify this development. – Editor

On 16 August 1932, British prime minister Ramsay MacDonald announced the Communal Award, by which seats in the Indian Council were distributed among the various religious and communal groups. The Government of India Act 1935 brought the award into force. Therefore, a list of castes was prepared and these castes were given reservation in the central legislative body. This list was included in the 1935 Act as a Schedule, hence the castes in the list were called the Scheduled Castes. That list, with very few additions, is now part of the Constitution of India. Scheduled Castes were exhaustively counted and determined almost a century ago. That is why there is no difficulty in identifying the Scheduled Castes today. The identification of Scheduled Castes and Scheduled Tribes was complete as early as 1935.

However, there was no such enumeration of the “backward castes”. There is no exhaustive list of backward castes in any state. Further, there are thousands of backward castes in India, and hundreds of backward castes in each state. Under Article 15(4) the backward castes are not entitled to reservations; only citizens of “Socially and Educationally Backward Classes” (SEBC) are. Since the Constitution of India did not define the term SEBC, and since identifying the communities that fit the category was difficult, the Supreme Court, in its judgment on the Mandal Commission’s recommendations, directed the Government of India to set up a permanent National Commission for Backward Classes (NCBC) for identifying SEBCs for the purpose of appointment to the posts under the Government of India (GOI), under other authorities of the GOI and under the “authorities under the control of GOI”. (Mandal judgment is related only to employment under the central government.)

An affront to the federal structure

The Supreme Court also directed each of the states in India to appoint a “State Backward Class Commission” for identifying the SEBCs in the states to grant reservation for appointment to posts under the state government, under other authorities of the state government and under the authorities under the control of the state government. In view of the fact that exercises such as the identification of the SEBC require a judicial decision, the Supreme Court also ruled that the chairman of such Commissions should be a sitting or a retired judge of the Supreme Court or a High Court. Further, a person belonging to any caste that is included in the Schedule is considered a member of a Scheduled Caste in the whole of India. But a person whose caste is included in the SEBC list prepared by his state may not be included in the lists maintained by the National Commission for Backward Classes and also by other state commissions. In fact, a number of SEBCs in Tamil Nadu and also in many other states are not considered SEBC for the central government services. Even within a state, in some cases, those from a certain caste are considered SEBC only if they hail from certain districts. Therefore, inclusion or exclusion from the list of SEBC for the purpose of reservation in any state can be effectively carried out only by its own backward classes commission. That cannot be done by the NCBC. In Tamil Nadu, within SEBC, there are the Most Backward Classes [MBC]; in some other states, SEBC is divided into four categories. Now we see why the Supreme Court gave these guidelines: that is, NCBC can identify the SEBC only to grant reservations to positions under the Government of India or under any other authority of GOI or under authorities under the control of the GOI. In other words, NCBC cannot identify SEBCs for reservation in positions created by any state or state authority.

The National Commission for Scheduled Castes (NCSC) and National Commission for Scheduled Tribes (NCST) have not made any sub-classifications within the SC and ST, respectively, even though some of the SCs are much more backward in comparison to many other castes in the list. Tamil Nadu made a sub-classification, Arunthathiyars (3 per cent for Madigas), but this move has been challenged in the Supreme Court. Though there has been a demand for making separate quota for Madigas for many years in many states, the NCSC has yet to concede.

When the NCBC was established it was noticed that the NCBC had no powers, except to include or exclude some classes in the list of SEBC. For effective enforcement it had to refer the matter to NCSC. This led to a demand for conferment of Constitutional powers on the NCBC, similar to that of NCSC and NCST. There was a demand to amend the Constitution and to add a new provision similar to Article 338. But the union government misunderstood what the demand was really for.

The GOI introduced the Constitution (123rd Amendment) Bill, by which a new Article 338B was to be incorporated. It is identical to Article 338 (NCSC) and 338A (NCST), except for sub clause (5) (c). That clause reads “to participate and advise on the planning process of socio-economic development of the Scheduled Castes”. But in 338B (for NCBC) the words used are “to advise on the socio-economic development of socially and educationally backward classes”. This appears to be a deliberate and a very vital omission. Therefore, the powers of the proposed NCBC are not the same as that of NCSC or NCST.

There has also been an amendment to Article 366. A new sub-clause 26(C) has been added: “‘socially and educationally backward classes’ means the backward classes as are deemed under article 342A for the purposes of this Constitution”. A combined reading of articles 342A and 366(26C) would make it clear that after the 123rd Amendment only the union government would have the power to determine if a caste is an SEBC . That power vested with the states is taken away by the union government. This is an affront to the federal structure of India. The state governments wouldn’t be able to provide any redress to their own people even for a justifiable cause, even if it is an absolute necessity.

A tribe called “Nari-Kurvas”, also known as “ Kuruvikkaran” in Tamil, is a nomadic tribe. The tribe got its first graduate – a woman – only in 2010. Given this scenario, the backwardness of the tribe is evident. Yet, the Tamil Nadu government has been trying in vain for five decades to include this tribe in the list of Scheduled Tribes. Finally, Tamil Nadu added the tribe to its SEBC list. This shows how difficult it is for state governments to attend to disadvantaged communities when a national commission (here, the NCST) has all the powers.

In the proposed Article 338B, Clause (2) says: “Subject to the provisions of any law made in this behalf by Parliament, the Commission shall consist of a Chairperson, Vice-Chairperson and three other Members and the conditions of service and tenure of office of the Chairperson, Vice-Chairperson and other Members so appointed shall be such as the President may by rule determine.” The first part of this compound sentence mandates that a parliamentary law is required for determining the structure of the Commission, including the appointment of chairperson, vice-chairperson and members of the commission. That is, since the qualifications for appointment of the chairperson, vice-chairperson and other members are not specified in this Article 338B, a law for that purpose is necessary. These aspects cannot be taken care of by the rules to be framed by the President.

Further, the proposed Article 342A would take away all the powers vested in and exercised by the states all along. If and when this Article comes into force the states won’t be able to add/delete any SEBC to/from the list of OBCs in the states. Only the union government would be able to do it. That would have the effect of deleting many SEBCs from the list maintained by the states. That is, many SEBCs which are presently enjoying the benefit of reservation in the states would lose that benefit from the day this amendment becomes law. There is no certainty that the sub-classifications such as (most backward community) MBC and (backward community) BC followed in Tamil Nadu and other states like Andhra would be kept intact. Therefore, there is the present danger of losing the MBC classification itself. That would end the progress of more than 150 most backward communities in Tamil Nadu alone, apart from hundreds of such communities in other states. All because the proposed Article 342A(1) says that “President may specify” the SEBC that shall “for the purposes of this Constitution” deemed to be SEBC in relation to that state.

There is a way out

In order to avert the above danger or ill effect, Article 342A (1) should be modified as follows:

“The Governor of a State, by public notification specify the socially and educationally backward classes which shall for the purposes of making provisions for reservation of posts under that State or under any other authority of the State or under the control of the State, or of seats in the educational institutions within that State.”

“The Governor may, on the advice of the State Commission for Backward Classes, include or exclude any class from the State list of socially and educationally Backward Classes specified in a notification issued under clause (3).”

Only such an amendment would be in consonance with the concept of federalism and also protect the interest of all the SEBCs. It must be remembered that India is not a Unitary country but a Union of States. Respecting the sentiments and powers of the States is one of the paramount and salient features of a federal structure and this alone would help improve the Unity and Integrity of India.

If The Constitution (123rd Amendment) Bill becomes law of the land without the aforesaid further amendments, the states will be deprived of their Constitutional rights and power to declare any class as socially and educationally backward within the state. The proposed amendment goes against the direction given by the Supreme Court in the Mandal Judgment.

Article 342A, as proposed, would be violating the concept of federalism. Unless the states are vigilant and protect their rights, they will be stripped of their powers. Also, there is a present danger of many SEBCs in the various states losing their SEBC status.

Click here to see the Bill introduced in Parliament 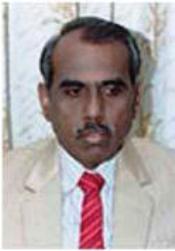 Justice A.K Rajan is a former judge of the Madras High Court.