In this regard, we suggest that we OBCs set our seal of ownership on Jotirao Phule ideologically, not just symbolically, just the way Dalit organizations lay claim to Ambedkar. Only then is there any hope of solving our problems. Why do we speak particularly about OBCs? Because they form the largest section of Indian society. They form a whopping 60 per cent of our population. They make up our working class. Once we unite them, it becomes very easy to unite all Bahujans (OBC, SC, ST, Minorities). 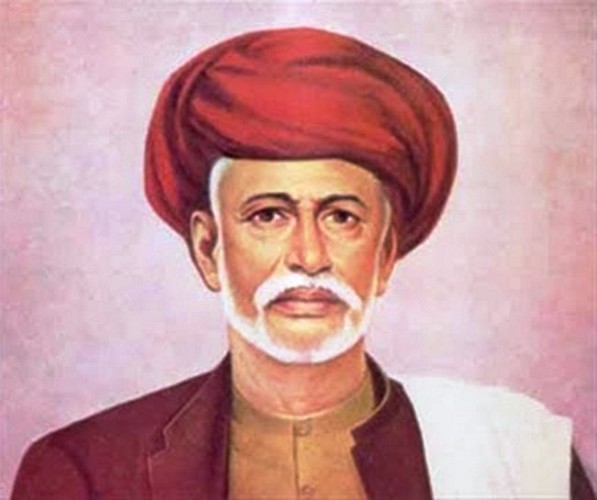 And talking about uniting a community, we need leaders to unite OBCs. However, we shouldn’t leave this work to just a few hands however competent they might be. The fate of a whole community should never be left in the hands of a few fallible human beings. If there is one lesson that our leaders taught us, it is that all OBCs are equally important, and no single person holds the monopoly over our ideology.

It is a positive thing that these days OBCs are coming forward to claim their rights. It is heartening to see that they have understood how everyone has been using them. Once proportional representation is given to all Bahujans in Parliament and other legislatures, there will be a drastic, genuine change in the situation in the country. Until now, the privileged castes have manipulated and exploited OBCs. We should not let another class of communities take that place and exploit us. Hence, we demand proportional representation in all legislative bodies.

It is clear that if we can unite OBCs, it is very easy to unite Bahujans (OBC, SC, ST, Minorities). The real enemies of OBCs are those dubious OBC leaders who have enjoyed power for the last 27 years but have failed to deliver. They are the real culprits. They use OBCs for their political gains and throw the interests of the people they represent in the dustbin to enjoy powers on a par with the privileged castes.

Every OBC needs to understand the implication of his vote and show their strength to the fascists. Before they vote, OBC citizens should ask themselves: “If I vote for a particular person or a leader, is it good for OBCs as a whole or it is bad for us?” Sometimes we may indeed need to defeat an OBC leader if it is in the interest of OBCs as a whole. It is indeed fair. Instead, if we support OBC leaders who are chamchas of casteist and communalist forces, we are indirectly defeating our own OBC movement.

Hence, I now request all OBCs thinkers to address this issue and have a clear strategy on how to protect their people from these chamchas. Only when we defeat chamchas from our own stock will they learn that they are doing grave injustice to OBCs and get out of their rented houses. 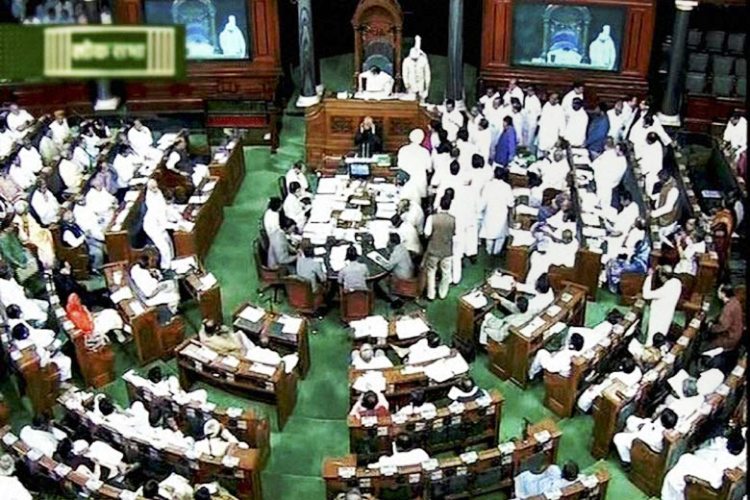 More than two decades after the implementation of Mandal commission’s recommendation of 27 per cent reservation for OBCs in central government jobs, less than 12 percent of the employees of central government ministries, departments and statutory bodies are OBCs. All political parties seem to be strategically adhering to a BAHM (Brahmin and Bania, Adivasi, Harijan, Muslim) pact in excluding OBCs. In such a scenario, the loss of OBCs is the gain of privileged castes.

Political education is important, because the mainstream political parties today lure the gullible common folk to join them and vote for them. OBCs should not fall prey to the fanatic Hindu brigade. They should learn to construct an egalitarian socialist society without discrimination on the basis of caste, race, gender or sect. The torchbearers of Phule should work tirelessly towards socialist goals, and fight for social, gender, political and economic justice through the annihilation of the caste. And it should be an actual movement and not just a mere reaction.

Today, OBCs form the largest chunk of the population but their presence in positions of power, authority and decent income is negligibly low. OBCs have made the largest contribution to the building of India through their toil as agriculturists and artisans – they were the producers. The contribution of all other caste-groups pales in comparison with theirs. In terms of caste, Indian society is divided into three broad sections – upper castes, OBCs and Dalit-Tribal communities. Identifiers of these communities are domination, contribution and pain, respectively. OBCs have complaints against the domination of the upper castes; they also have complaints against their contribution not getting due recognition. In addition, their grouse is that almost nobody after Phule created an actual movement that was not a short-lived reaction to something.

The First Mandal Movement, namely from 1990 to 1993, gave rise to the consciousness among OBC castes of their legitimate Constitutional rights. A Second Mandal Movement took place in 2007, when forward castes opposed reservations to OBCs in higher educational institutions. Now, this is the right time for a Third Mandal Movement to secure social justice for OBCs. Our major demands should be to: a) allocate jobs according to the size of population of each caste, b) implement collective leadership at top levels of administration by giving top posts to OBC /SC/ ST and Muslims, c) allot crucial posts such as those in the ministries of home affairs, external affairs and finance in the Centre and States to OBCs.

While the SC/ST quota system introduced by Ambedkar was implemented to an extent, large sections of the OBCs did not receive the benefit of independence till the Mandal Commission report came to their rescue and was approved and passed by V.P. Singh government. But even now, most OBC sections have barely started receiving benefits mentioned in the Mandal Commission report. 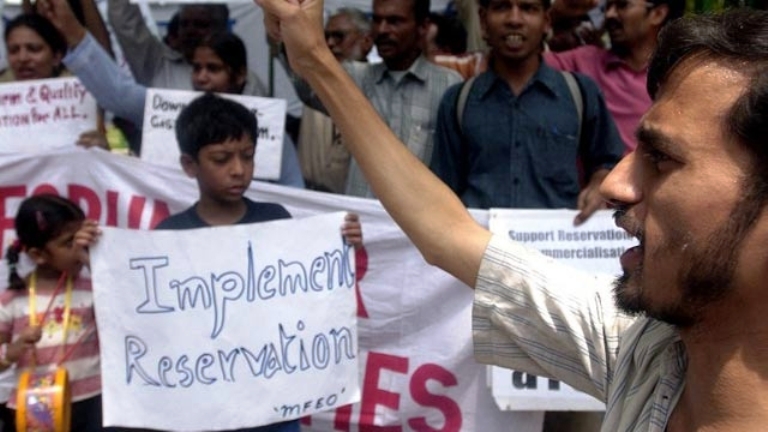 Lately, we see many forward castes agitating for inclusion in the reserved list. The Jats of Haryana, the Patidars/Patels of Gujarat, the Kapus of Andhra and Marathas in Maharashtra are examples. What is regrettable is that they demand repeal of the SC/ST (Prevention of Atrocities) Act. They are being backed by self-seeking privileged-caste politicians. They divert attention from corporate plunder of resources to the reservation issue and pressurize the government to modify reservations.

Sadly, women are reported to have participated in large numbers in these hypocritical anti-reservation agitations. The male-dominated society uses women as shields. Hence, oppressed women should repulse privileged-caste designs and express their solidarity with OBC /SC/ST/minorities and deprived sections.

The worst victims of social discrimination in today’s India are the OBCs. This is because, after the exit of the British, instead of being given equal opportunities, their share, in both the political and administrative power, was almost entirely eaten up by the higher castes, especially the Brahmins. According to the Mandal Commission Report, OBCs are 52 per cent of India’s total population. On the other hand, Brahmins and Kshatriyas make up about 8-9 per cent. But in Parliament today, these 8-9 per cent of the people are represented by almost 52 per cent of MPs, whereas 52 per cent of the people are represented by 8-9 per cent of MPs. In a parliamentary democracy such representation makes all the difference. As a result of this imbalance, the entire power structure is grossly tilted against OBCs.

In India, it was not capitalism that deprived the workers of the right to fix the price of their labour – the caste system had done it centuries ago in the name of division of labour. Today, India is a democracy and due to their numbers, the OBCs have emerged as a formidable political force. But it is very important to realize that no social change is possible without breaking the cultural domination.

Given the past experience, there is no doubt that the task for the future is going to be very difficult, especially when we know the hidden and open backing this casteist culture gets from the beneficiaries of the system. But turning this culture of perfect inequality into one of absolute equality must remain our cherished goal. The present culture is controlled by beneficiaries of the system. But the changed culture of absolute equality must always remain in the hands of the victims of the present system. It is a must to avoid sabotage and subversion.

Mandal is more relevant now than ever. His recommendations have brought many underprivileged classes into the educational sector and jobs. Now, the Hindutva forces led by the BJP have hatched a sinister plot to scuttle programmes beneficial to the OBC/ST/SC, especially in the government sector, by privatizing and handing over the PSUs to privileged-caste corporates. The struggle for Mandal’s objectives must not stop till all underprivileged classes get justice.

The Socio-Economic and Caste Census (SECC) 2011 should not be put into cold storage. The release of the data is expected to not only make significant changes to the politics of the country but also set right those policies that are unjust to the OBC community and have been around for a long time.

The “52 per cent” figure of OBC population was arrived at on the basis of the 1931 Census. So, now, it has become necessary to ascertain afresh the share of the OBCs in the population and the most appropriate way to do that is to go back to the 2011 Census. In the post-Mandal era, while various castes scrambled for downgrading themselves to the OBC list, various organizations and political parties, especially those with a predominance of the backward classes, were demanding a caste-based census but it was being brushed aside by the privileged people in power. After Independence, we have adopted a system of planned development, which requires correct data on populations and the extent of social, educational and economic backwardness. It is a fact that in India, class and caste are almost congruent. The castes that are socially and educationally backward are also invariably economically backward. Thus for proper planning, the true sizes of target groups must be known, which is possible only through a caste-based census.

Finally, it’s time we woke up to the injustice against the OBCs and fought for the future of our children. 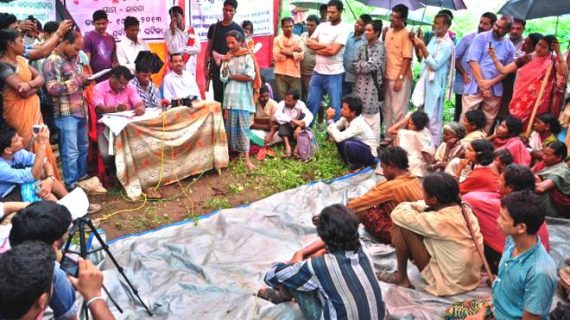 The media – biased or ignorant?

Journalists like Barkha Dutt and eminent scholars like Jagdish Bhagwati take a predictable position on reservation informed by their birth. They must familiarize themselves with the facts