There is no dearth of resources for doing away with the horrendous practice of manual scavenging. What is lacking is interest and empathy on the part of government. No one is ready to see the India of manual scavengers. It remains unseen. But the issue won’t be resolved by overlooking the stinking Bharat. India can be called  ’Swachh Bharat’ only when this barbaric practice ends.

Government can take the initiative to get septic tanks cleaned using robot machines. These little machines can be purchased from Germany or Japan or can be produced within India by Hindustan Aeronautical Limited (HAL) and Ajanta Technologies. It will also give a push to PM Modi’s ‘Make in India’ programme.

The question is: When will government announce cleaning of this contaminated India? Would the PM Modi announce it, just like he announced demonetization?

On 2 October, not only Mahatma Gandhi is remembered, but the  ‘Swachh Bharat Abhiyan’ is also eulogised. ‘Swachhata Hi Seva’ (Cleanliness is service), clean village and clean city have become buzz words. 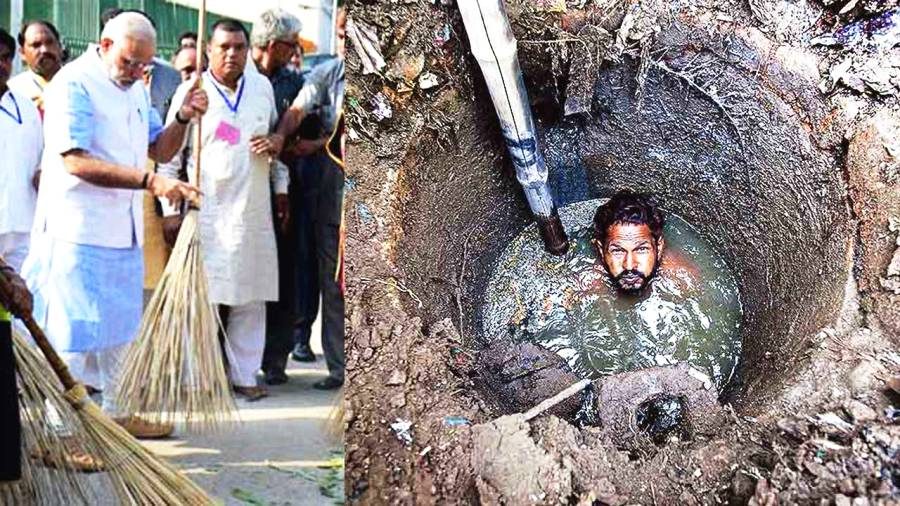 ‘Swachh Bharat Mission’ is a deception without eradication of manual scavenging

Prime Minister Modi and his supporters pat their own backs – ‘Wah, Modi ji wah.’ But we cannot hear the    screams of those who have lost their lives while cleaning septic tanks and we cannot feel the pain of their families? Women and men carrying, disposing and handling human excreta remain out of sight. Why are eyes being closed to such an abhorrent, derogatory and horrible practice? Is it deliberate?

It is said with great pride that under the ‘Swachh Bharat Mission’, lakhs of toilets were constructed. However, no one talks about those who clean the septic tanks after they start overflowing or how many people get killed while cleaning sewers.

The Prime Minister kept silent on 11 sewer deaths of in just two weeks. Around 83 people have died due to suffocating poisonous gas, and PM remained silent. In 2017, 221 people got buried in the sewer of death. But PM Modi does not want to speak out. 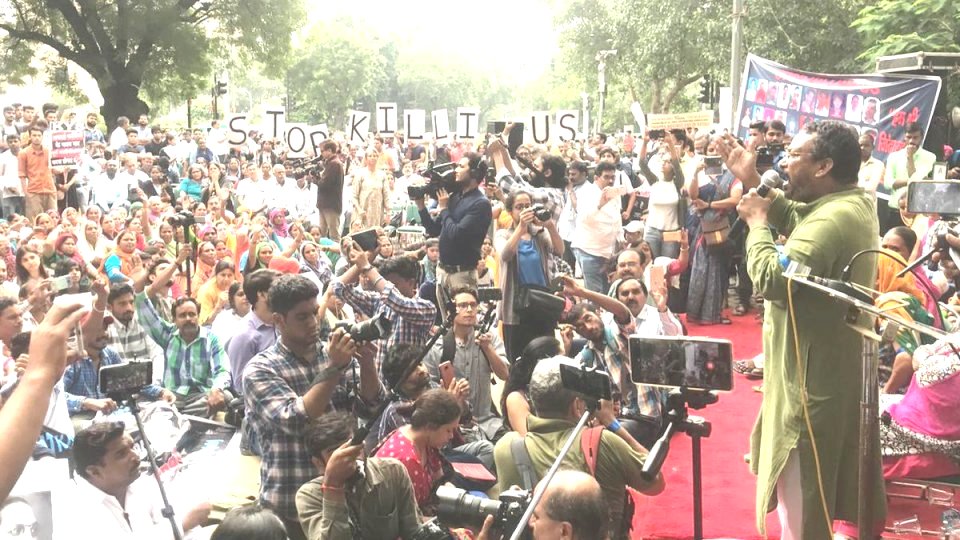 A protest at Delhi’s Jantar-Mantar against sewer deaths

Since 1993, around 1,790 people have been choked to death by the poisonous gases in sewer tanks. Isn’t it a matter of shame for all Indians that so many sewer deaths took place in “Digital India” of 21st century. Why cleaning is not done using appropriate technology? In today’s world, everything can be done with the help of technology. But no technological intervention has been introduced in the field of cleaning sewers till now in India.

There is a need for making this a national issue. Just like government had started the ‘Swachh Bharat Mission’ , there is a need for another mission for preventing sewer deaths along with making it mandatory to clean sewers by robot-machines. If that is done, no one will get killed due to suffocation by poisonous gases inside sewers. But the irony is that India has the technical know-how to reach Mars but not for cleaning sewers.

Various ‘Safai Karmachari’ organizations are running movements to eradicate manual scavenging and put an end to sewer deaths. They are also acting as pressure groups, so that no sewer deaths should take place. But the silence of government is very scary. Isn’t it indicative of the casteist mentality of people sitting in the government? And that is because, for centuries, this heinous and inhuman occupation is being imposed on a specific caste, which is called a cleaning community, of the Dalits.

Why the laws of 1993 and 2013, pertaining to manual scavenging, are not being implemented properly? Even the Supreme Court had passed an order in this regard on 27 March 2014. But no action was taken. According to these provisions, neither any person has to get into the sewer to clean it nor is manual scavenging allowed. Not only that, the rehabilitation of manual scavengers in clean jobs is also mandated.

Why rehabilitation of these people is not taking place? Isn’t the government responsible for this? Point to be noted here is, why all persons involved in such jobs are Dalits? Is the government’s casteist mentality behind this? People with casteist construct of mind believe that cleaning is the responsibility of the Dalits only.

When the widow and orphans of young sewer cleaners say that their husbands or fathers wanted to live a life of dignity, not only the government, but also the civilized society of India, should hang their heads in shame. At such moments, we can’t feel proud of our country. It is not without reason that the Safai Karmacharis raise slogans like “Bharat Sarkar sharm karo, sewer mein hatya bandh karo”

When we force an unemployed or a poor person to go inside a sewer filled with poisonous gases, in exchange for a small amount of money, and they die inside the sewer, it cannot be called an accident but a murder.

The conclusion is that it is not lack of resources but lack of will that is coming in the way ending this scourge. 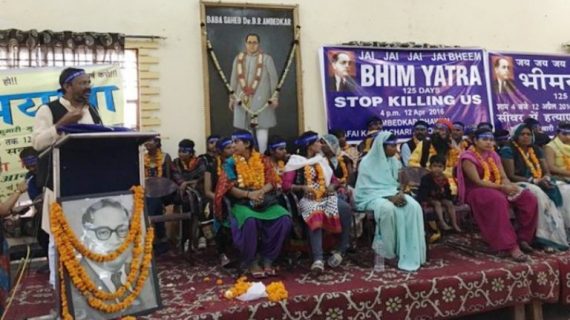 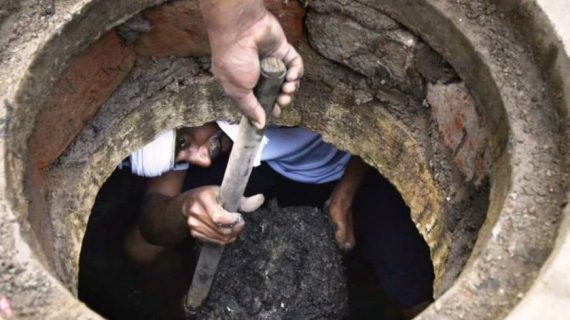 National Commission for Safai Karamcharis says in one of its reports that a sanitation worker dies on duty every five days. This is the highest death rate in any civilian profession. Prema Negi reports 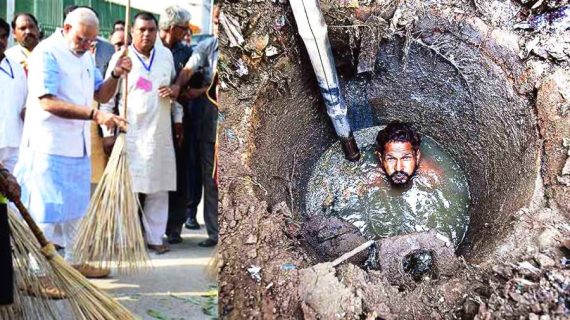 Swachh Bharat Mission is a deception without abolition of manual scavenging

Manual scavenging is a stigma on India. It was declared illegal 25 years back. Still, sewer deaths continue. It is not that resources for abolition of manual scavenging are lacking. It is continuing only due to government’s apathy, says Raj Valmiki.