Dr Rajendra Prasad Central Agricultural University (DRPCAU), Pusa, Bihar, issued an advertisement on 17 March 2018, seeking applications for 68 vacancies of assistant professors. Out of the 68 vacant positions, 35 were unreserved, five were earmarked for Scheduled Castes, 16 (including the backlog) for Scheduled Tribes and 12 for OBCs (including backlog). Recently, it completed the recruitment to these positions even though a University Grant Commission (UGC) directive to defer recruitments still stands.

Candidates belonging to the Scheduled Castes (SC), Scheduled Tribes (ST) and Other Backward Classes (OBC) are entitled to reservation in jobs in higher education institutions: 15 per cent for SC candidates, 7.5 per cent for STs and 27 per cent for OBCs.

Earlier this year, the University Grants Commission had released a circular asking central universities to treat departments, rather than the university, as units for reservations in faculty recruitment, in accordance with a judgment of the Allahabad High Court that was later upheld by the Supreme Court. But then, the circular drew widespread criticism, following which the UGC itself filed a review petition in the Supreme Court. That is when the Union Ministry of Human Resources stepped in and asked the UGC to notify all universities receiving government aid to defer recruitments till further notice. Accordingly, the UGC issued this order by circular No F. 1-5/2006(SCT) dated 19 July 2018. 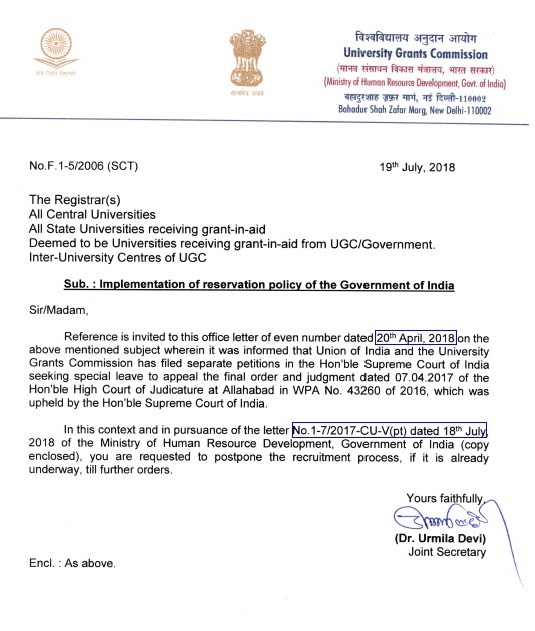 The UGC directive to defer recruitments

However, DRPCAU went ahead with its recruitment, by reportedly treating department as the unit for reservation and not the university as a whole. The university even sent call letters to candidates to appear for the written test. 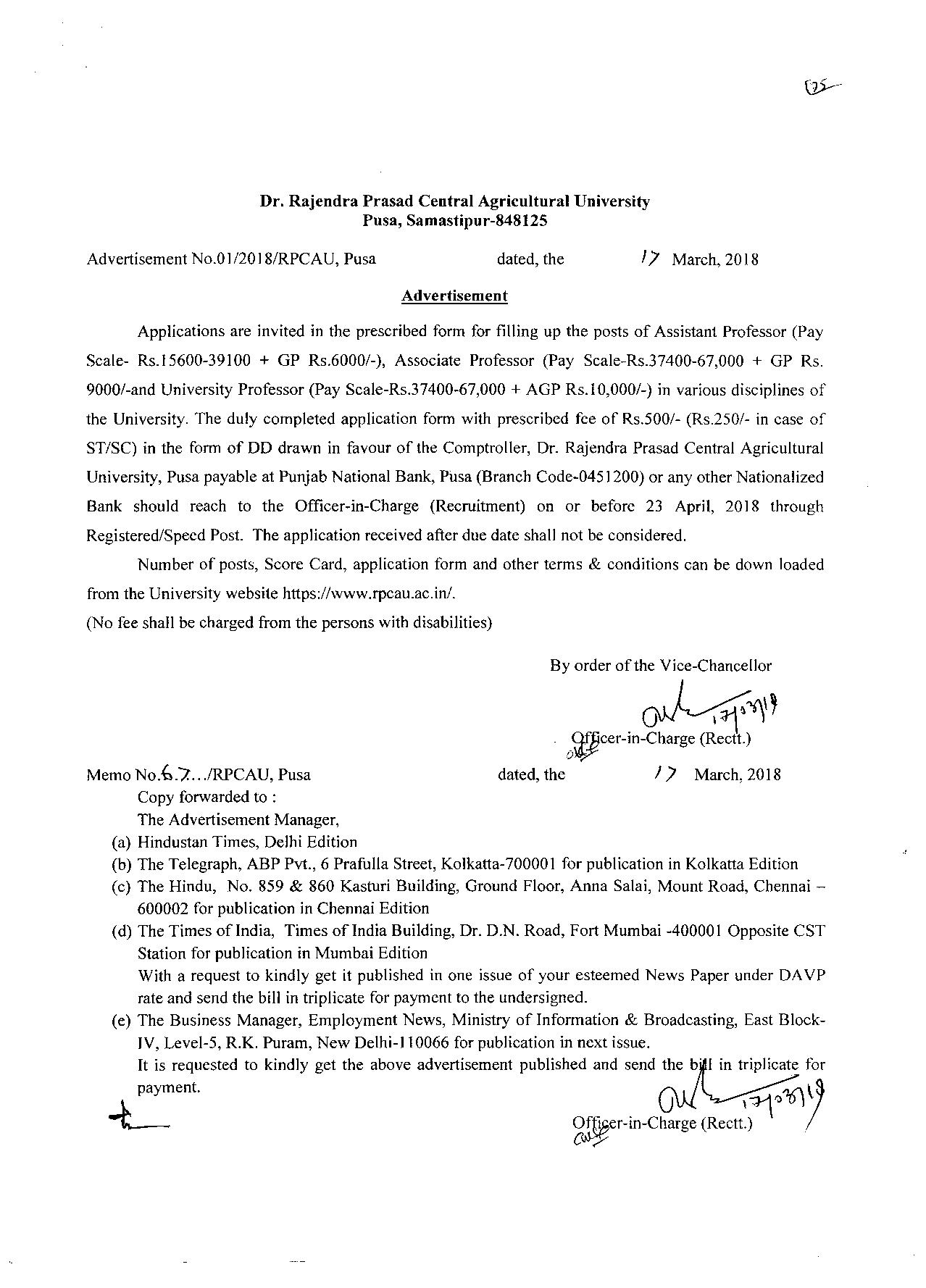 The second page of the university’s advertisement

Hany Babu M.T., an associate professor of English in University of Delhi and secretary, Academic Forum for Social Justice, had analysed department-wise reservation for FORWARD Press: “If we take the college/university as a unit, all the faculty members of the same rank are taken together and a 200-point roster is applied, so that the percentage of reservation earmarked for each category is fulfilled, ie 27 per cent for the Other Backward Classes (OBC), 15 per cent for the Scheduled Castes (SC), and 7.5 per cent for the Scheduled Tribes (ST). But if department/subject is taken as a unit, the 200-point roster will apply only to those departments that have a strength of 14 or more faculty members. A 13-point roster is to be applied to the departments or subjects with less strength. A cursory study shows that the above method recasting the roster reduces posts for SC, ST, and OBC almost by half. Moreover, all the departments that have a single member (as is the case at the professor cadre in many departments) will have no reservation at all.”

The schedule for the written tests issued by the university

When FORWARD Press asked Ravi Nandan, registrar, DRPCAU, whether the UGC’s order had been adhered to, he said, “The university has followed all the rules while conducting this recruitment process.” When asked to specify what the rules were, he retorted, “Why should we tell you what rules have been followed?” 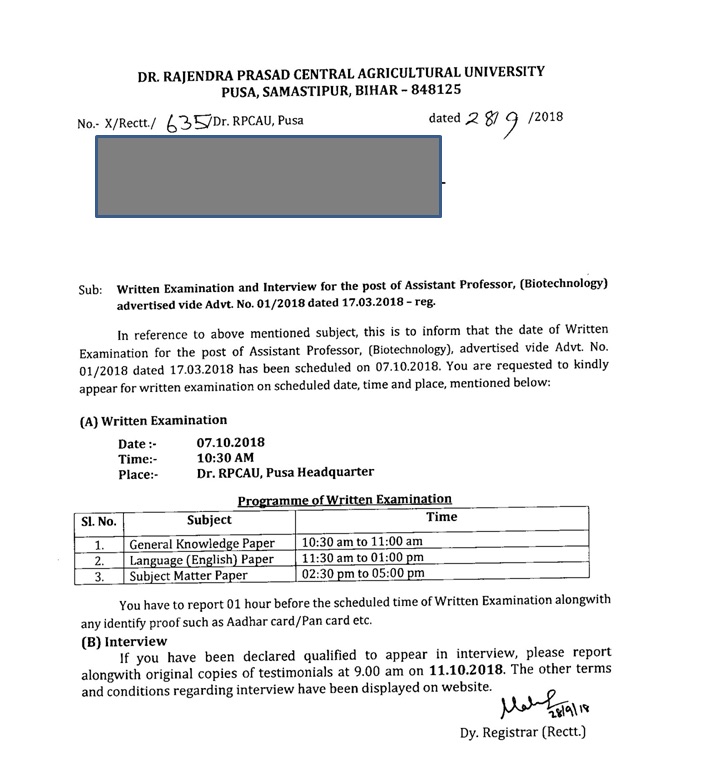 Admit card for the written exam issued to a candidate

By conducting this recruitment, the university thus violated the order of UGC, a statutory body. DRPCAU appeared to be in a hurry to implement department-wise reservation. Was it to deny Dalits, Adivasis and OBCs the positions to which they were entitled?

(The writer had applied unsuccessfully for one of the 68 positions advertised by Dr Rajendra Prasad Central Agricultural University.)

Shashi Bhushan is a research scholar in the Department of Biotechnology, IIT Madras, Chennai. A recipient of several junior research fellowships, Bhushan specializes in developmental genetics. He is also a member of the Bahujan Azad Party 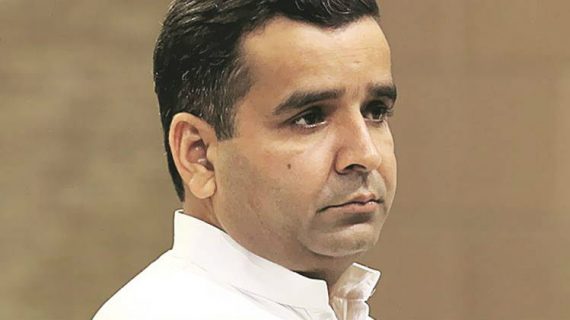 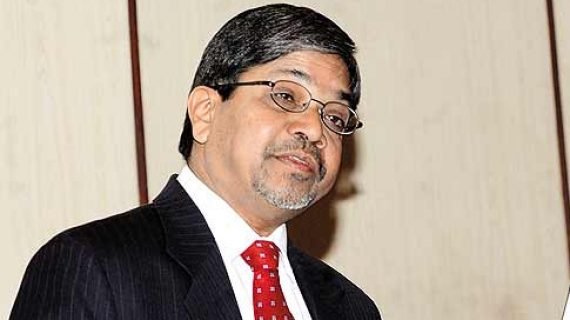 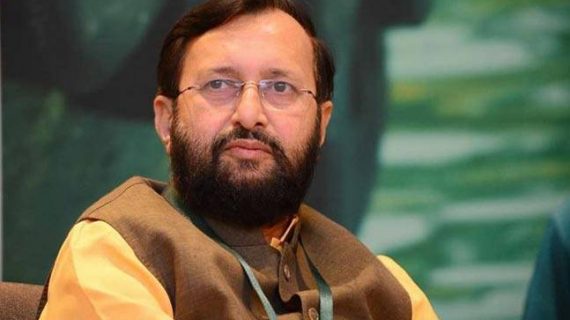