On 5 March 2019, a Supreme Court bench headed by Chief Justice Ranjan Gogoi transferred a Public Interest Litigation (PIL) (Ojaswi Pathak versus Union of India) challenging the Constitutional validity of the law on restitution of conjugal rights to a three-judge bench division bench of the court. To understand the significance of this petition, we need to dwell on the background of the issues it raises, and no discussion on these issues will be complete without reference to the case of Dadaji Bhikaji versus Rukhmabai(1884-1888).

Rukhmabai (22 November 1864 – 25 September 1955) had to face the sting of the evil practices and traditions that informed society at the time and the grossly partisan laws. The age of consent was 10 years (IPC 1860), hence child marriages were legally valid. Due to the dowry system and other socio-economic evils, in North India, girls were killed immediately after their birth or they died of malnutrition. That was why the Female Infanticide Prevention Act 1870 was passed.

Rukhmabai’s father Janardan Pandurang passed away when she was just two and a half years old. Her father had willed property worth Rs 25,000 to her. Six years later, her mother Jayantibai married Dr Sakharam Arjun. When she was 11, her stepfather had her married to Dadaji Bhikhaji, a 20-year-old poor relation of his. After the marriage, she was not allowed to go school and her husband started insisting that she live with him. Rukhmabai was unwilling to do that. She moved court and for 11 years, the case went from one court to another.

Finally, in a historic judgment, Justice Pinhey of the Bombay High Court, disposing of the case of Dadaji Bhikaji versus Rukhmabai (ILR 9 Bombay 529), rejected her husband’s plea. The judgment, delivered on 21 September 1885, said: “The parties to the present suit went through the religious ceremony of marriage eleven years ago when the defendant was a child of eleven years of age. They have never cohabited. And now that the defendant is a woman of twenty-two, the plaintiff asks the Court to compel her to go to his house, that he may complete his contract with her by consummating the marriage. The defendant, being now of full age, objects to going to live with the plaintiff, objects to allowing him to consummate the marriage, objects to ratifying and completing the contract entered into on her behalf by her guardians while she was yet of tender age. It seems to me that it would be a barbarous, a cruel, a revolting thing to do to compel a young lady under those circumstances to go to a man whom she dislikes, in order that he may cohabit with her against her will; and I am of opinion that neither the law nor the practice of our courts either justified my making such an order.”

The first appeal against the case was made on 18 March 1886 in the Bombay High Court and was upheld by a bench of Chief Justice Sir Charles Sargent and Justice L.H. Bayley. After hearing the arguments of the counsels (Lethem and Macpherson), the court overturned the judgment of Justice Pinhey and sent the case back to a single-judge bench for retrial.

By that time, Justice Pinhey had retired and returned to Britain and Justice Ferran had replaced him. After hearing the arguments afresh, Justice Ferran ordered Rukhmabai to go and live with her husband or face six months of imprisonment. That was the punishment for violating a court decree for restitution of conjugal rights. 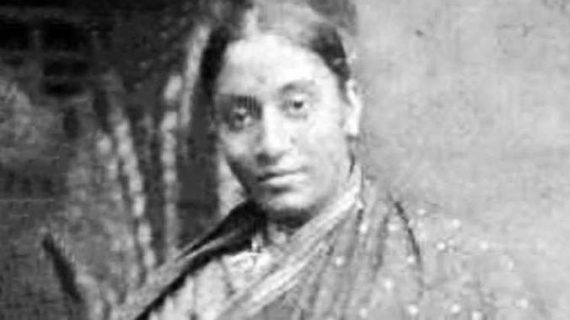 Rukhmabai publicly declared that she would prefer spending six months in jail rather than living with her good-for-nothing and sick husband. Rukhmabai’s decision created a stir in the British judiciary and government, prompting a relook into the relevant laws. It kicked up a debate in national and international newspapers. Newspapers published articles, reports, letters and interviews for and against the judgment. Sending Rukhmabai to jail might have invited nationwide protests and “a revolt by women”. A committee formed for defending her began collecting funds for moving the Privy Council in appeal.

Amid the debate on morality, religion, culture, law and women’s rights, the conservative and the reformist leaders put their heads together to work out a compromise. The appeal in the Privy Council led to suspension of the sentence. Mediators from both the sides held parleys and ultimately, sick of the long legal battle and the uncertainty it entailed, Rukhmabai agreed to pay Rs 2000 to Dadaji, in return for which he gave an undertaking that he would not take any legal recourse for execution of the decree. After the compromise, she left for England for higher education and returned to India as the country’s first woman doctor. Dadaji’s died in 1904. Rukhmabai became a widow and remained so for the rest of her life.

The fact is that most of the women who approach (or are made to approach) the courts, do not know the law. The judiciary (dominated by men) is unable to understand their pain and misery. More often than not, men fail to understand the problems and the perspectives of women. They are not trained for that. They only see women as mother, sister, wife, daughter, lover and vamp. They are never taught to see them as individuals in their own right. Even if they want to, they cannot understand female psyche. It is not a question of momentary sentimentality or fleeting sensitivity; it is the question of empathy; it is a question of the ability to feel someone else’s pain as one’s own. It is a deep sense of bonding that comes from within. This bonding won’t come by hearing sermons on gender equality. There are thousands of judicial pronouncements that are based on the principle of gender equality. But gender equality and other jurisprudential concepts have been developed by men with reference to men. With time, change is inevitable and new jurisprudential weapons (arguments, thoughts and concepts) will emerge. Half of this world cannot be oppressed or exploited forever. Every society and every human being has a dream, which they hope to fulfil in the future.

Needless to say, had the judgment of Justice Pinhey not been overturned, crores of Indian women would have been freed from the thralldom of the institution of marriage. It is also true that if Rukhmabai had not inherited her father’s large property, she could not have fought the long legal battle.

The law regarding restitution of conjugal rights, which Rukhmabai had challenged, is still on the statute books with slight amendments. It was scrapped in England in 1970. Why was the provision included in the Hindu Marriage Act 1955 and Special Marriage Act 1954, both of which were enacted after Independence? There is a simple answer to that question: It allows men to exercise control over married women. In this respect, the judiciary and the legislature are on the same page. Both seem to believe that fundamental rights have no role to play in personal matters, including religion, marriage and family!

A century after the Rukhmabai case, Justice P. Choudary of the Andhra Pradesh High Court, in his judgment in the case of T. Sareetha versus Venkata Subbaiah (AIR 1983, Andhra Pradesh 356, dated 1 July 1983) declared unconstitutional Section 9 (restitution of conjugal rights) of the Hindu Marriage Act on the grounds that it was discriminatory, savage and against human dignity. However, less than five months later, Justice Avadh Behari Rohatgi of the Delhi High Court, disposing of the case of Harvinder Kaur versus Harmander Singh Choudhry (AIR 1984 Delhi 66, 15 November 1983) declared it Constitutional. Justice Rohtagi strongly assailed the arguments of Justice Choudary. He wrote, “Introduction of constitutional law in the home is most inappropriate. It is like introducing a bull in a china shop. It will prove to be a ruthless destroyer of the institution of marriage and all that it stands for. The provision for restoration of conjugal rights is aimed at saving the institutions of marriage and family. Physical relationship is only one aspect of marriage and not the be all and end all of it.” Attorney General K. Parasaran was specially present in the court when the Constitutional validity of the provision was being debated upon.

Deciding the case of Saroj Rani versus Sudarshan Kumar Chadha (AIR 1984 SC 1562, 8 August 1984) a Supreme Court bench of Justices Sabyasachi Mukharji and Syed Murtaza Fazalali upheld the High Court judgment, thus putting an end to the debate. The justices said that conjugal right is an inherent part of the institution of marriage and quoted from Mulla’s Hindu Law. The crux of the argument was: Even if the law is considered unconstitutional, what about the Hindu scriptures? “It is the duty of the women to live as obedient wives under the protection of their husbands.” Surprisingly, none of the three courts even referred to the judgment in the Rukhmabai case (Read ‘Pita Putri Samvad’, Aurat Hone Ki Saza, Arvind Jain). Meanwhile, many courts in the country have ruled that even if a woman is married as a minor, the law requires her to give conjugal company to her husband. Thus, from Rukhmabai to Saroj Rani to the women of today – they all were and are property and sex slaves of their husbands. During arguments (2008-12) before a three-judge full bench of the Delhi High Court on the issue of Constitutional validity of the law regarding child marriage and marital rape, this writer saw the total faith in and deep commitment and unwavering loyalty of the guardians of law to Hindu religion, scriptures and the institutions of marriage and family. The wounds caused by the poison-tipped arrows of arguments that flew around in the courtroom are yet to heal completely. Sometimes, it feels like banging my head against a wall.

The long and short of it is that despite the 2013 amendment, husbands retain the right to rape their wives, and child marriage is yet to be completely outlawed. What is intriguing is that former CJI Dipak Misra said in Bengaluru on 8 April 2019 that if marital rape is made a crime, it will lead to anarchy in rural families, collapse of the institution of marriage and erosion of moral values. Be that as it may, let us see what judgment the Supreme Court pronounces on the PIL challenging the Constitutional validity of the law on restitution of conjugal rights. One doesn’t know whether the chains binding women to marriage and families will break. One doesn’t know whether judicial wisdom will script new jurisprudence or sing a postmodern cultural tune. Can one really ignore the voice of women? 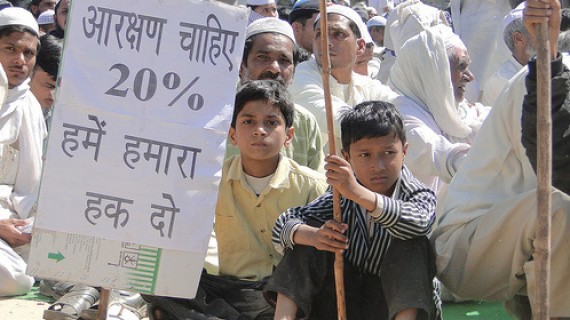 The Indian judicial system, though attempting to right a societal imbalance caused by the caste system, finds itself restrained by archaic laws undoubtedly influenced by caste and religion 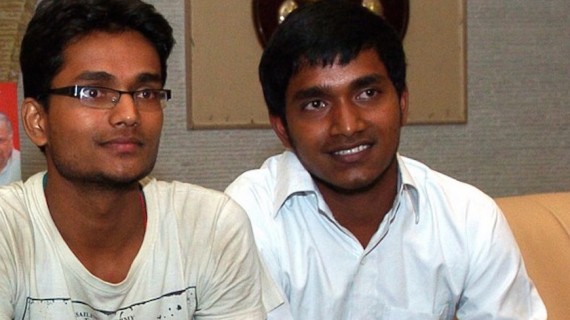 What’s in the offing for Dalit brothers Raju and Brijesh Saroj who have just passed the highly competitive IIT entrance exam with flying colours?