The parties at the forefront of OBC politics have been the hardest hit by the emergence of the BJP as the most powerful political outfit in the country. The leaders of these parties unanimously believe that in order to get Muslim votes, it is imperative for them to keep the bugbear of the BJP alive. That is why, even when in power, these parties have hardly brought about durable and fundamental social changes. Instead, they focus on retaining their hold on power.

Doesn’t the lack of diversity in the leadership of the OBCs – a social conglomerate of religious and caste groups – tell its own story? After the half-hearted implementation of the Mandal Commission’s recommendations, it was apparent that the leaders of backward classes got an opportunity to join the political mainstream. But do all the backward classes find representation in the top leadership of the OBCs? Can the OBC leadership claim that it represents the diverse OBC castes? Can we find representatives of the most backward and the extremely backward castes in the OBC leadership?

The Mandal Commission had identified around 4,000 backward castes. L.R. Nayak, one of the members of the Commission, dwelling on the inequalities within the OBCs, had opined that the OBCs must be sub-categorized. The Mandal Commission, for the first time in history, broke free from the secular-communal discourse, to unambiguously declare that a chunk of the Muslim population could be categorized as OBC. According to some estimates, that chunk is 85 per cent. The condition of most of them is miserable. The Social Justice Committee, led by Hukum Singh, which was mandated with the task of recommending categorization of the OBCs in Uttar Pradesh, had advocated placing the Muslim OBCs in the “extremely backward” category. The Sachar Committee had also divided the Muslims into three classes. The claim that the Muslims are a monolithic community thus stands exposed.

Those who have emerged as OBC leaders, in the wake of the rise of parties claiming to represent the Bahujans and the OBCs, should answer the following questions:

The OBC parties do nominate Muslims as their candidates in elections but never talk about their social identity. Their leaders never say that their candidate from Banaras Cantonment constiutency is an OBC Muslim and from Banaras East is a savarna Muslim. In the last assembly elections in Uttar Pradesh, the Bahujan Samaj Party (BSP) leaders repeatedly claimed that they had fielded 100 Muslims candidates but never revealed how many of them were OBC Muslims and how many savarna Muslims.

This situation is astounding. The OBC leadership of the country is predominantly Hindu and there are few, if any, Muslims in its ranks. The OBC leaders need to explain why, in the past 30 years, no Muslim could emerge as an OBC leader. A related question is: Which factors did the parties that rode to power in the name of Bahujans and OBCs take into account while forming their governments?

Uttar Pradesh and Bihar can help us understand the political equations of Bahujan/OBC leaders. The OBCs and the Dalits formed the pivot around which the politics of Uttar Pradesh revolved after 1990. Mulayam Singh Yadav won recognition as an OBC leader while Mayawati established herself as a Dalit leader. Both got many opportunities to run the state government. It is commonly believed that their rule helped Dalits and OBCs increase their clout in the political arena. But did it help OBC Muslims? Did they get more respect? Did they get what was due to them? These questions are valid because it was due to the en bloc support of these Muslims that some people nicknamed Mulayam Singh Yadav “Maulana Mulayam”. Mayawati drew flak for not giving enough representation to the Muslims, and in the last assembly polls in UP, she tried to alter her image by nominating a larger number of Muslims as her party’s candidates.

The fact that Muslims were never allowed to join the top echelons of OBC leadership shows that these parties did not have an honest intent. The slogan of “Pichda-pichda ek samaan, Hindu ho ya Musalman” (All the backwards are one, whether Hindu or Muslim) was symbolic of the respect the two communities had for each other. The trajectory of the party founded by Kanshi Ram, who used to say “Jiski jitnee sankhya bharee, uskee utni bhagidari”, is fascinating. The BSP, which had once cried “Tilak, tarazu aur talwar, inko maro jutey chaar”, made “Hathi nahin Ganesh hai, Vishnu Brahma Mahesh hai” its slogan. The BSP took the savarnas on board and Muslims became just a component of its vote bank.

The idea was to exploit the feelings of fear and apprehension ruling the minds of the Muslims. For that it was necessary that the BJP remained a power to reckon with. If not, the Muslims would slip out of their hands. The Samajwadi Party (SP) stuck to this formulation more staunchly than the BSP. That is why, during the former’s rule in UP, there was a spurt in violence against the Muslims. The SP also built bridges of understanding with the savarnas and increasingly started viewing the Muslims as its captive vote bank. It is another matter that these formulations took both the parties miles away from their declared objectives.

The number of leaders from UP, Bihar and other states, whose religious identity is Muslim and social identity is OBC, can be counted on the fingertips. It can be said without any fear of exaggeration that Bahujan and OBC politics has hurt the interests of the Muslims, and especially of the OBC Muslims. The blame for this situation must be apportioned to the directionless and partisan leadership of the Bahujan and OBC political outfits. They never had any qualms about joining hands with parties championing ideologies diametrically opposite to theirs. Neither did they fight shy of projecting themselves as flag-bearers of a particular religion. They did all this because power was their ultimate aim.

Even today, these parties are treading the same path. Take, for instance, the 2019 Lok Sabha Elections. The SP-BSP-RLD alliance in UP did not have a single Muslim leader who was known as an OBC leader, too. Similarly, it would be difficult to find even one leader in the RJD, the Congress and other parties in Bihar, who can be identified both as a Muslim and an OBC leader. The lack of Muslim leaders representing the different classes in the community shows that for these parties, Muslims are only a vote bank.

The leaders of these parties, who come from particular castes, have established their leadership. But would they help leaders emerge from the ranks of the OBC Muslims? What role would these parties play in helping Muslims tide over the threat to their basic rights in the communal atmosphere that prevails in the country now? The answers to these questions will decide the direction of the OBC and Bahujan politics. How the leaders of these parties treat their OBC brothers from the Muslim community will be decisive. 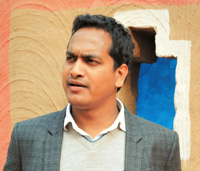 Zubair Alam is a researcher at Jawaharalal Nehru University, New Delhi, and an independent writer