(Recently, Oxfam India published a survey on caste representation in the media. In the past, there have been just a handful of such surveys. One of them was carried out by the Media Studies Group in collaboration with the Centre for the Study of Developing Societies. We publish the key findings of this 2006 survey here. –Managing Editor)

The volunteers of the Media Studies Group carried out a survey of the social background of 315 key decision-makers from 37 “national” media organizations (up to 10 key decision-makers from each organization) based in Delhi between 30 May and 3 June 2006. The survey was designed and executed by the Media Studies Group’s Anil Chamadia (chairman) and Jitendra Kumar (independent researcher), and Yogendra Yadav, senior fellow, Centre for the Study of Developing Societies (CSDS). Here are the key findings: 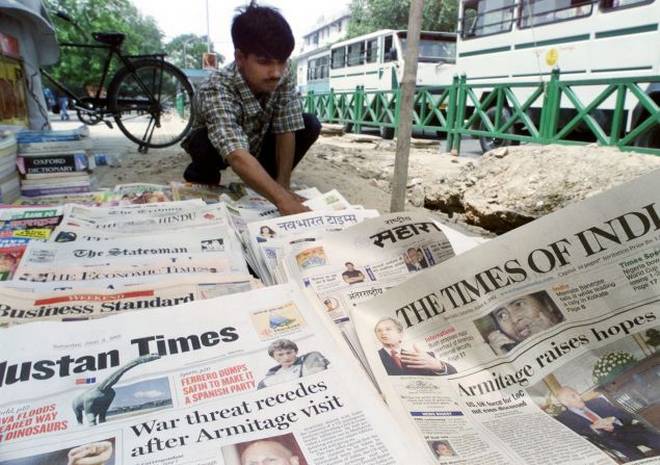 For this survey 40 “national” media organizations located in Delhi were identified. These included all the major newspapers, newsmagazines, radio channels, television channels and news agencies that could be said to have a national spread. Of these information could be obtained about 37 organizations. For this purpose, different publications or channels of the same media house have been treated as different organizations.

For each of these organizations we sought information on the top 10 “key decision makers” who matter in deciding the news and editorial policy of the organization. For each of these persons thus identified, information was collected on their social profile in terms of their gender, age, religion, caste/community, mother tongue and state of domicile. The information was available for 315 key decision makers. This was gathered by a group of volunteers of the Media Studies Group. Since the information was gathered not by face-to-face interview but by speaking to colleagues and other informants, the data here may contain some errors.

Note: Figures for population share are based on Census of India 2001 and estimates generated by National Election Study 2004 of CSDS.