George Floyd, an African American, was brutally done to death by a white policeman, Derek Chauvin, on 25 May 2020 in the city of Minneapolis in the United States. The incident came as a rude jolt for the global community. It angered Americans the most and the passionate and vociferous demonstrations that followed shook the Donald Trump government. These were reminiscent of the Civil Rights Movement that took the country by storm in the 1960s.

The 1960s’ movement was for securing equality and freedom to the African Americans. It was a milestone in the country’s history. However, the movement triggered by Floyd’s death is also in a class of its own, especially since it has erupted at a time when the world is reeling under the impact of the coronavirus pandemic, with the Americans being the worst hit.

Braving the risk of contracting the disease people took to the streets in huge numbers to protest against racism and racist violence. The protests spread to 140 cities and towns in the US, forcing the authorities to impose curfew in several cities.

Voices demanding justice for African Americans, decrying racism and seeking a fair deal for Floyd were not confined to the US. They also resonated on the streets of Canada and European countries, including Britain, France and Germany.

At the time of writing these lines, newspapers in India reported that Vikas Jatav, 17, a Dalit boy, was shot dead by upper-caste men in Dankheda village in Amroha, Uttar Pradesh, on the night of 9 June. His crime: trying to enter a temple. Ambedkar had initiated a movement demanding that Dalits be allowed to enter temples in the 1920s. A century down the line, Dalits are still shot for trying to enter temples.

Can we attempt a comparative study of the struggles against apartheid, and caste-based oppression and exploitation so that we can combat social maladies like racism, casteism and communalism even amid the havoc caused by coronavirus?

Racism, casteism and communalism are not altogether disparate phenomena. While America has been fighting racism for the past three-four centuries, casteism has been India’s scourge for a much longer period. Caste and casteist discrimination enjoy religious sanction and caste is a part of our culture. In the case of racism, the marker is the colour of the skin. In the case of casteism, the marker is the family one is born into. Unlike race, your caste has nothing to do with your looks. A person who looks similar to you and belongs to the same economic stratum as you do, may claim social superiority over you solely on the basis of his caste. If honestly fought, the struggle against caste may prove to be more significant than the struggle against racism.

There is nothing unusual in what happened in Amroha, Uttar Pradesh. Incidents of caste-based oppression are common enough. Not long ago, two Dalit children were killed in Madhya Pradesh for defecating in the open. In Gujarat’s Una, so-called gau rakshaks (cow protectors) had whipped seven Dalit youth after tying them to a vehicle. In Tamil Nadu, two Dalit youngsters were forced to eat human faeces. These incidents are proof – if any were needed – that the dwijs have such deep and abiding hatred for non-dwijs that they can go any extent to express it. Such incidents are much talked about in social media but they never ever trigger a movement along the lines of what happened in the US. This tempts us to ask whether Dalit lives have no value.

In America, human life and dignity is valued. Both the African Americans and the Whites are conscious of this fact. It is that consciousness that has led to the rise of a worldwide movement with its war cry of “Black Lives Matter”. A similar movement targeting casteism hasn’t arisen in India. The reason lies in the caste system itself.

In the American society, the conflict is between Whites and African Americans. The battle is fought face-to-face and the enemy is clearly visible. Indian society is far more complex and the caste system is one of the key factors that make it so.

Due to caste stratification, the social duality in India is not either clearly visible or graspable. The dualities of Aryans and non-Aryans, indigenous inhabitants and outsiders, Brahmins and non-Brahmins are no longer relevant. It is imperative to do away with these binaries and evolve new ones that will help us identify our enemy better. The Savarna-Avarna duality can be effectively used to that end. While the Savarna exploiters have managed to craft a common identity for themselves, the Dalits, OBCs, Adivasis are still scattered. They lack a collective identity and thus fail to pose an effective challenge to their exploiters. Lack of collectivity is a major impediment in the struggle against caste while collectivity is the biggest strength of the African Americans. India is yet to witness the evolution of a class identity subsuming caste differences, but the victims of exploitation and discrimination here can still forge a strong and lasting social alliance. The camp of the victims can be expanded by inviting the minorities and women into it and sharing their pain.

In India, politics dominates society and we look to politics for solutions to all our problems. Casteism is first and foremost a social problem and its solution will have to be thrashed out at the social level. But unfortunately, Dalits, OBCs, Adivasis, minorities – all have been reduced to political groupings. The Dalit-OBC alliance failed to make its mark in the recent elections because it was a purely political alliance, bereft of a social base. That was why Dalits and OBCs were swept out of power even in a state like Uttar Pradesh despite having been in power for a long time and despite their numerical superiority. For some time now, Chandrashekhar Azad’s Bhim Army has been leading a struggle against casteist oppression. Azad has now announced the formation of a new political party. Only time will tell whether it will succeed.

With the implementation of the Mandal Commission recommendations in the 1990s, backward classes emerged as a force to reckon with and it was hoped that this new politics would enfeeble the caste system. But nothing of the sort happened. The OBCs avoided launching any struggle against caste inequalities after coming to power. In any case, in our country, struggles against caste inequalities remain just that. They never turn into struggles against caste. Casteism thus continues to grow and flourish. Kanshi Ram’s movement gave birth to the concept of the Bahujan but this too was reduced to a political grouping. The OBCs did not become part of Kanshi Ram’s Bahujan. Lalu Prasad and Mulayam Singh maintained a safe distance from Ambedkar. Mayawati, too, digressed from the path of “Bahujan Hitay, Bahujan Sukhay” shown by Kanshi Ram. She made compromises with the dwijs and struck deals for perpetuating her rule.

On the other hand, a Brahmin-Bania party like the Bharatiya Janata Party (BJP) managed to lure Dalits by using Ambedkar’s name. Caste vote-banks are a reality of Indian electoral politics and most parties have been using them. Every caste is a vote-bank. This vote-bank is used by the people to grab more benefits and concessions for themselves and by the politicians to grab power. Political alliances are meaningless without social oneness. Today, caste groups are used only as vote-banks. Once they have served their purpose of catapulting this or that individual or party to power, they are abandoned and remain on the margins.

Indian Constitution outlaws caste discrimination. But at the same time, the caste system enjoys Constitutional sanction. This contradiction weakens our struggle against caste. The Constitutional right to reservations has helped eliminate poverty and has reduced political and economic inequality to some extent – the representation of reserved classes in various institutions has increased. But the reservation system has not posed any challenge to casteism, which is as strong as ever.

The fact that the Dalits-OBCs could not forcefully oppose reservations for the upper castes shows that we have internalized casteism. All battles are fought within the four walls of casteism. Even the battle for reservations could not rise above caste considerations. The agitations by the Marathas, Jats, Gurjars and others demanding reservations were aimed at securing more benefits for the respective castes. The caste system was never their target. Various caste groups launched movements at different times but they could never come together to wage a joint struggle against caste.

Ambedkar’s movements were for caste equality, but the basic structure of the caste system survived their onslaught. His movements were confined to a particular region. Periyar’s Self-Respect Movement was against caste but it could not grow beyond the Tamil-speaking region. At the end, Ambedkar was forced to use religion as a weapon to annihilate caste. In 1956 he embraced Buddhism along with his 500,000 followers, thus adding a new dimension to the struggle for equality and liberty.

To sum up, the internalization of caste identities blocked the development of a collective consciousness. Dalit, minority, backward and Adivasi consciousness did emerge but a collective consciousness, as can be seen among the African Americans, always eluded us. While the African-American consciousness is based on the values of equality and liberty, the Dalit consciousness has sought to assimilate discrimination and strengthened casteism. As you delve into it, you will discover that each caste has its own consciousness. Most of the time, it gets reduced to only political consciousness, with the battle confined to grabbing more and more goodies for one’s own castes. Casteism, feudalism and communalism are gaining ground in rural areas. Our silence in the face of injustices seems to indicate that we have developed immunity to injustice. Don’t the doctors say that most people will develop immunity against coronavirus after some time? “Herd immunity” is what they call it. We will have to free ourselves from the herd immunity against injustice. We will have to come out of the inertia. Only then will we be able to draw appropriate lessons from the movement of the African Americans.

Besides African Americans, a large number of Whites have also joined the justice-for-Floyd movement. This is a major achievement of the American civil rights movement. Besides Avarnas, the Savarnas of India also need to learn from it. We need to read again the historic ‘I have a dream’ speech of Martin Luther King Junior. Only then powerful voices for change will arise from our midst – voices against injustice, oppression and exploitation, voices that are resounding on the streets of the world’s mightiest power, voices that have put its rulers on the back foot. 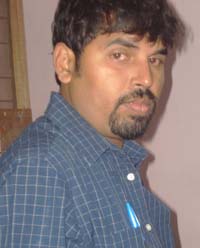