Rajasthan is in the midst of a political slugfest. The state government led by Chief Minister Ashok Gehlot, which has taken a series of revolutionary and bold decisions in the interest of the Scheduled Castes (SCs), Other Backward Classes (OBCs) and the Scheduled Tribes (STs), is in the crosshairs. One of them is a blanket ban on “death feasts”. Is the Bharatiya Janata Party (BJP), with its core agenda of Hindutva, so rankled by these decisions that it wants to unseat the Gehlot government?

This is not the first time that the BJP is trying to pull down a government and form its own. It has done so in Karnataka and Madhya Pradesh. The party is now looking to pull the rug from under the Gehlot government. Though the party and its allies have just 75 MLAs it seems determined to have its way through blackmail and horse-trading – tactics that are a blot on democracy.

Why is the BJP so keen to bring down the Gehlot government? Why has the head of the ruling party in Rajasthan become a puppet in the hands of the saffron party? Is it merely a game of thrones or the part of a considered, long-term strategy?

There is much curiosity about what has made the state president of the ruling Congress party and the former deputy chief minister revolt against his own government. That chief minister Ashok Gehlot and former deputy chief minister Sachin Pilot have not been on cordial terms is public knowledge. In fact, their relations have been quite strained. Supposedly, it was the recent registration of a case by the Special Operations Group of the Rajasthan Police that brought the simmering battle into the open. Is this the truth? Or is there something more to it than meets the eye?

Differences between Gehlot and Pilot had cropped up immediately after the results of the 2018 Assembly Elections were declared, with both staking their claim to the chief minister’s post. Subsequently, on many occasions, Pilot has publicly criticized the decisions of his own government. However, things came to a head during the recent Rajya Sabha polls when charges and counter-charges flew thick and fast between the two camps over selection of candidates and sale and purchase of votes. It was said that Ashok Gehlot favoured the candidature of young Dalit leader Neeraj Dangi, who was eventually elected to the Rajya Sabha, while Sachin Pilot was pitching for someone else.

What is happening now was scripted before the Rajya Sabha elections. The BJP has been wooing Congress’ youth face and state party chief Sachin Pilot for a long time. In Madhya Pradesh, similar rumours about Jyotiraditya Scindia have turned out to be true.

It has now come to the fore that Sachin Pilot and his associates have been in touch with the BJP clandestinely. An astute politician that he is, Gehlot has managed to cobble up enough numbers to save his government and has also managed to place people loyal to him in the party organization. He has also proved before the Congress party high command that Sachin Pilot was back-stabbing the party and hobnobbing with the BJP to form a new government. Pilot has been sacked from the posts of deputy chief minister and state Congress party chief and Govind Singh Dotasara, an OBC, has been placed at the helm of the state party apparatus. For now, the Gehlot government seems to be safe.

Why is the BJP so impatient?

Why did the BJP play this game? Why was it so keen to unsettle the Gehlot government? Is it for ideological reasons? Is the party rankled by the new sociopolitical equations emerging in the state because of a string of policy decisions taken by the government? Many observers of the political scene now admit that Ashok Gehlot, who is himself an OBC, is taking bold pro-Bahujan decisions. His government’s policies, legislations and programmes have the potential of posing a strong challenge to the domination of the upper castes. That is probably why the Manuvadi, rightist BJP, is bent on unseating Gehlot.

Among the Gehlot government’s recent historic decisions has been the blanket ban on death feasts, which evoked bitter criticism from the rightist camp. Rashtriya Swayamsevak Sangh (RSS) activists claimed on social media that the decision has been taken at the behest of the Church. Of course, Bahujan youth rubbished these allegations and praised the decision.

In another groundbreaking step, the Rajasthan Government has decided to open schools named after the Jotirao and Savitribai Phule, put up their pictures in schools and celebrate the birth anniversary of Savitribai Phule as Teacher’s Day. This decision has evoked enthusiastic appreciation from many quarters, especially the OBCs.

By appointing J.P. Yadav as the vice-chancellor of Rajasthan University, the Gehlot Government sought to send out a clear message that it wants to give adequate space to the OBCs. Yadav, an alumnus of the University, has been teaching in the institution for the past 33 years. His appointment is a political message to the Bahujans. The Manuvadi forces do not approve of OBCs entering into the portals of leading institutions of higher learning.

Another key decision was authorizing tehsildars to remove encroachments from the lands of Dalits and Adivasis by amending Section 83 of the Rajasthan Tenancy Act (Rajasthan Kashtakari Adhiniyam) 1955. The court fees in such cases have been fixed at just Rs 2. This has come as big relief for the Dalits, the Adivasis, the OBCs and the nomadic tribes but annoyed those who have usurped the lands of these weaker sections.

On 19 June 2020, the chief minister announced from his official Twitter handle that the government is going to introduce a legislation providing for budgetary allocations for SCs (Dalits) and STs (Adivasis) proportionate to their share in the population. This would benefit the 13 per cent Adivasi and 18 per cent Dalit population of the state.

The chief minister has also banned manual cleaning of sewage lines. This decision has been appreciated widely, especially by the sanitation employees who were also the first to be included in the list of “corona warriors” and provided an insurance cover of Rs 50 lakh.

The arrangements made for delivering relief material to Dalits, Adivasis and nomadic tribes during the ongoing corona pandemic has also strengthened the pro-Bahujan image of the Gehlot government.

This string of pro-SC, -ST, and -OBC decisions, ban on death feasts and strictly enforced prohibition on any kind of religious activities in temples and other places of worship during the lockdown have made the Manivadi forces uneasy. They want the Gehlot government to go, sooner rather than later.

Last year, the Gehlot government made a budgetary provision for building Ambedkar Bhavans at all block headquarters at a cost of Rs 10 lakh each. Now, government libraries have been directed to buy books on the lives and works of Bahujan heroes. All these moves have projected Gehlot as a face of the OBCs and Dalits challenging the hegemony of the upper castes in politics.

Crisis far from over

The BJP and its parent organization, the RSS, are shocked by the decisions of the Rajasthan government and do not want an OBC face like Gehlot to emerge as a powerful national leader. They tried to destabilize the government but ended up with a bloody nose, thanks to Gehlot’s deft moves and political shrewdness. However, they have not given up. They want to bring down the government with the help of Congress MLAs who have switched loyalties – and they enjoy the full backing of the BJP-led central government.

The political drama unfolding in Rajasthan proves that brahmanical forces like the BJP can’t accept a backward leader becoming popular and emerging in the national political arena. Pro-Bahujan policies and programmes are an absolute anathema to them, and they would go to any extent, even bring down a democratically elected government, to stop them from being implemented. 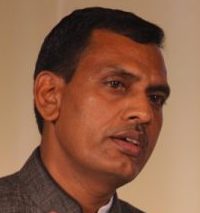