Many political pundits are untiring in their praise for Narendra Modi and declaring him invincible. Most of them have pronounced doom for secular politics and political mobilization on the basis of caste. But is that really true? Has secular politics lost its relevance? Is political mobilisation on the basis of caste passe? The answer is an emphatic no on all counts. Given its long history and rootedness in Indian society, caste is going to be a significant factor in politics for some time to come. The political pundits who spell doom for caste politics seem to conveniently forget Modi’s repeated invocation of his OBC background during 2014 and 2019 general elections. Modi and his party also formed political alliances with parties with a specific caste base, like Apna Dal and Suheldev Bharatiya Samaj Party in Uttar Pradesh and Rashtriya Lok Samata Party and Lok Jan Shakti Party in Bihar.

If there is an alternative to the ruling Bharatiya Janata Party (BJP) on the national stage, it is the Indian National Congress. It is only the party that has an organizational set-up that could pose a challenge to the might of the Rashtriya Swayamsevak Sangh (RSS) and the BJP. Despite being reduced to its lowest ever seat tally in 2014 and yet another dismal performance in the 2019 general election, it is still not all over for the Congress. The other political parties, such as the Bahujan Samaj Party (BSP), Communist Party of India (CPI) and Communist Party of India (Marxist) (CPI-M), are national parties only on paper.

For decades after Independence, Congress was the most preferred choice of all social groups (castes, tribes and faiths) in India as there was no formidable political challenge to it. But over the past three decades or so, social groups have been drifting to either a regional party or the BJP. Earlier, in the absence of credible alternatives, the Dalits, Tribals, OBCs and Minorities would vote for the Congress. Now, there are caste-based political parties they can opt for. Most of them have come to power in the states by way of engineering social coalitions. All these political parties succeeded in portraying Congress as the party of Brahmins, feudals and Muslims. In fact, both the Congress and BJP have a predominantly upper-caste leadership at the national and regional levels. The BJP and Congress are often on the same page when it comes to policies on the economy and foreign affairs and attitude towards Bahujans. Then what makes the BJP different from the Congress? How has it managed to project itself differently from Congress? It is the BJP’s ability to engineer social coalitions along the lines of caste and religion, with the help of its mother organization, the RSS, combined with aggressive propaganda.

In the “first-past-the-post” electoral system that we have, where a candidate with the highest number of votes is declared the winner, social engineering is the easiest route to power. On top of it, the polling percentage in general elections in India has been very low until the slight increase in the last general elections. As a result, every political party aims for the support of two to three numerically dominant social groups to win the election. Political parties’ targeting of social groups has only increased of late. The targeted social groups vary from state to state. Political parties even go to the extent of pitting one social group against another. The BJP is far ahead of other political parties in this regard. The kind of groundwork the RSS does for the BJP is unparalleled. The RSS, through its huge network of organizations and pracharaks, specializes in both formal and informal channels of propaganda. The BJP just taps into the conducive atmosphere created by the propaganda of RSS. The BJP not only polarizes people along Hindu-Muslim lines but also along caste lines, cashing in on inter-caste animosities. The BJP’s religious polarization strategy is well known, but not so well known is how it uses caste differences to its advantage. The BJP won the Haryana, Maharashtra, Uttar Pradesh assembly elections by polarizing people along caste lines.

The A.K. Antony committee, tasked by the Congress party to look into its 2014 election defeat, said that the Congress was being seen as a party of Muslims. This is only a half truth. The Congress party is not only seen as a party of Muslims but also as a party of the feudal castes in various states. For instance in Maharashtra, the Congress is dominated by Marathas, in Haryana by Jats, and in Telangana and Andhra Pradesh by Reddys. In Maharashtra, the BJP projected the Congress as the party of dominant Marathas, against whom there has been huge resentment among Dalits and most backward castes because of the caste atrocities they have committed. The BJP has lured some of the most backward castes like Mali, Dhangar and Vanjara into their fold. The party promised the Dhangar community Scheduled Tribe status, but that promise is yet to be fulfilled.

In Haryana, the BJP portrayed the Congress as the party of Jats and went about mobilizing the non-Jat castes. Jats in Haryana are socially dominant and notorious for atrocities against Dalits. The dominance of Jats in Haryana Congress alienated a substantial section of Dalits, who then voted for other parties.

Similarly in Uttar Pradesh, the BJP successfully convinced the people that the BSP is a party of only Jatavs, to which caste Mayawati belongs. The BJP aggressively campaigned to woo non-Jatav Dalits and succeeded. At the same time, the BJP also succeeded in painting Samajwadi Party (SP) as a party of Yadavs and polarized non-Yadav OBC castes in its favour. The population of Uttar Pradesh can be broadly classified into Dalits, OBCs, Minorities, and upper castes. The BSP, SP and BJP, the dominant political parties of the state, have committed vote banks based on castes, such as Jatavs with the BSP, Yadavs and a significant number of Muslims with the SP and upper castes with the BJP. Non-Yadav OBC castes largely sided with the BJP in the last two general elections and in the 2017 assembly election. The Congress has been left with no social group.

Elections in India are not fought on the issues of education, health, economy and jobs. These issues are neither seriously raised by political parties nor given a serious thought by people. Unless and until Congress does effective social engineering, winning elections is not going to get any easier despite BJP’s repeated failures on the governance front. The secret of Modi’s convincing victories lies in the effective social engineering coupled with aggressive propaganda, carried out by himself and his party, coated with hatred towards Muslims and certain castes.

Given the situation in Uttar Pradesh, the question is, which social groups will be willing to extend their political support to the Congress? According to media reports, Priyanka Gandhi was brought into Uttar Pradesh politics to cut into the Brahmin votes of the BJP. But the chances of that happening are slim given the Congress’ Muslim label that the Antony Committee talked about. Even if the Brahmins support the Congress, it is not sufficient to form the government unless backed by at least one numerically preponderant social group.

In such a scenario, it is a humongous task for Priyanka Gandhi to take on the might of SP and BSP on the one side and BJP on the other. It would be a big ask for the Congress to make a dent in SP, BSP and BJP vote banks. In view of such ground realities, the Congress should consider allying with Chandrashekhar Azad’s Azad Samaj Party (ASP) for the 2022 Uttar Pradesh Assembly Elections if it really wants to take on the BJP. This will be a huge step towards gaining the confidence of Bahujans. Chandrashekhar Azad, who is popularly known as “Ravan”, has become the symbol of Bahujan pride, aspiration, ambition and aggression. He has emerged as the most visible and credible voice of Bahujans and Minorities. He was the poster boy of anti-CAA protests.

The speech that Ravan delivered at Jantar Mantar on 21 May 2017 seemed to have shaken the BJP enough to have him jailed for more than a year. Ever since his release, he has been relentlessly pursuing the cause of Bahujans. He has been consistently raising issues like an universal education system, proper implementation of reservation, putting an end to the atrocities against Bahujans and mindless pursuit of privatization, and reservations in promotion and reservations in higher judiciary. He is of the firm view that unless these issues are resolved, the Bahujans won’t be able to progress. He has the ability to unite Bahujans and realize the dream of Ambedkar and Kanshi Ram. Unlike Mayawati, he involves all his fellow workers in the activities of the organization he leads.

By allying with Ravan, the Congress may be able to recover some lost ground in Uttar Pradesh. But would Ravan agree to an alliance with the Congress? If he agrees, what will be the terms and conditions of such an alliance? A credible Bahujan agenda which includes the aforesaid issues may persuade Ravan to forge an alliance. The Congress party should remember that, with or without Ravan, a Bahujan agenda is the only way out of the present crisis it finds itself in. 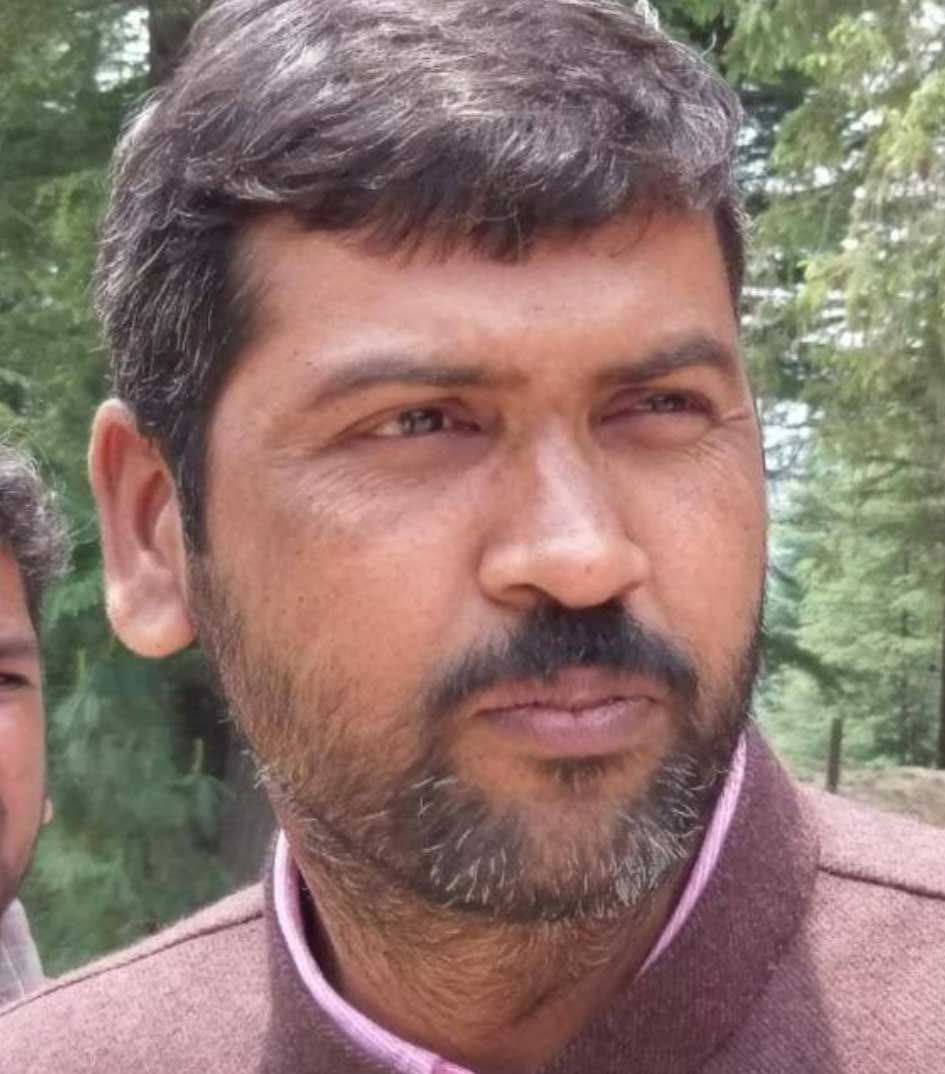