Almost a century on, the societal changes that Periyar sought are still considered radical. This should give us an idea of how radical a social reformer Periyar may have been to his contemporaries. He was a crusader for women’s rights and the freedoms he sought for women are still taboo in what is still a patriarchal society. He fought for women to be allowed to fall in love and choose their husbands and challenged every other regressive norm that limited the agency of women. His struggle for women’s rights was informed by his political thinking that revolved around human dignity, freedom and equality.

Born E.V. Ramasamy, he was given the title “Periyar” (The Great One) at the Tamil Nadu Women’s Conference held in Madras in 1938. He had argued, “Is it not a national crime to treat half of the population of our Nation worse than dumb-driven cattle?” (Veeramani, 2011)

Periyar believed, “Any code that advised men to treat their women folk worse than animals was a barbarous code and can be respected only by barbarians.” He engaged critically with the religious texts that mandated the superiority of the Brahmin, and caste- and gender-based divisions. His in-depth study of these texts had led him to conclude, as the inscription on a statue of his in Tiruchirapalli says: “God does not exist at all. The inventor of God is a fool. The propagator of God is a scoundrel. The worshipper of God is a barbarian” (Guha, 2010: 242-261).

Self-Respect Movement and the participation of women

The Self-Respect Movement was secular in its approach and quite militant in its efforts to achieve social equality. The movement stood out for the participation of women. The prominent women activists were K.V. Kamatchi, Nagammai, K.E. Veera Kalyani, Moovalur Ramamirthammai and S.R. Kannammal. Self-Respect conferences became the occasion for the passage of some radically progressive resolutions in favour of women’s dignity, self-respect and freedom.

K. Vijaya details the proceedings of these conferences. The First Self-Respect Conference took place in 1929 in which one of the important resolutions said, “The conference is of the opinion that there must be parity among the sons and daughters in the matter of inheritance of the family properties.” The Second Self-Respect Conference, which took place in 1930, declared that “the minimum age of marriage for girls must be 16 and for boys, 19 and legislations should be made to encourage inter-caste marriages.” The third conference was held in 1931 and passed resolutions on the marriage of widows, right to divorce and abolition of the Devadasi System (Vijaya, 1993).

In a talk at Pachaiyappa’s Hall, Madras, in 1927, Periyar clearly spelt out the difference between progressive education and brahmanical education that reinforces dogmas. He said, “The education of vedic times is not like the histories of England, Europe or Arabia. Nor is it the books written by Shakespeare or Macaulay. The education of those days was that of morals. These moral maxims became the vedas. And we are not supposed to read the vedas.” In the same speech he also exposed the hypocrisy of priests and their theory of karma. He said, “If you ask the priest why did this happen even after matching all aspects [of their horoscopes] he says, ‘That’s her karma, what can anybody do about that?’ And if you ask ‘Why then did you compare so many horoscopic attributes, perform rituals and take away money?’ he replies, ‘You are stupid.’ If the couple are childless, he says, ‘You must have a child. Go to Kashi, go to Rameswaram, perform charities, make propitiations or else you will go to hell’” (Guha, 2010: 251, 253).

According to K. Veeramani, Periyar believed, “The present system of education (as part of the Self-Respect Movement), which will be common to both men and women, which will be useful in practical life and which will enable them to free themselves from cowardice and superstitious belief, should be adopted” (Veeramani, 1992). The Self-Respect Movement encouraged reading of books that highlighted the plight of the young widows with an intention to educate the ignorant and orthodox people (Antony).

On falling in love

For Periyar, “If true love has arisen in the heart of a person towards a member of the other sex, then that love becomes a fixed and permanent feature and the person concerned cannot experience any kind of feeling like lust, temporary attachment or anything of that kind for any other person” (Veeramani, 1992). Entering into a relationship according to him had to be a matter of mutual consent and not something forced on a couple by their families. He would say that a third person couldn’t decide the future of a couple. Today, when certain sociopolitical groups pursue couples and brutally attack them in a bid to separate them, revisiting Periyar becomes essential to reclaiming our right to be in relationship with the person of our choice.

On chastity and adultery

Periyar identified the underlying misogynist notion of “chastity”, as it is applied solely to women in order to monitor and control their sexuality. He saw that the idea of a chaste woman in the Aryan discourse acquired the binary of slave/subject and a master/king where the woman was conditioned to keep her husband on a pedestal. He argued that if women had to be truly liberated then the gender-biased notion of chastity needed to be done away with. While talking about chastity, Periyar attacked the everyday moral diktats that rendered women as nothing more than the object for the one to whom she is married. He always highlighted the fact that these terms of “obedience”, including chastity and adultery, didn’t apply to men and hence were designed to suppress women.

Periyar saw the concepts of chastity and adultery as a hindrance to the freedom and equality of women in society and as the result of the selfish conspiracy of a few.

Periyar notes, “Just as brahminism condemns a very large portion of the working population to shudrahood, so it has condemned women to the servitude of marriage” (Anaimuthu, 1974). He put marriage under the microscope because it was considered sacred and not questioned by society. According to the shastric diktats, marriage is not to be talked about outside the four walls of a home. Any attempt by the wife to cross the “laxman rekha” is considered a serious offence and invites danger on herself. The brahmanical ideology puts women’s affairs under the watch of the men. While locating justice as the central concept, Periyar critiqued the institution of brahmanical marriage and provided the feminist alternative of “Self-Respect Marriages”. These marriages allowed annulment if required. Periyar declared that the notion of divine marriage was fraudulent. He logically asked, “If marriage is indeed divine and indissoluble as claimed, would such inadequacies and complications occur”? (Periyar, 2009)

Based on mutual respect and consent, Self-Respect Marriages hold dear the fundamentals of gender equality by debunking the myth of “divine marriages”. Lalitha Dhara writes, “Periyar’s conception and articulation of the Self-Respect Marriage in 1929 was an ingenious master stroke. It projected marriage as a contract between equals irrespective of caste, class or religious considerations, without priests or even parental approval. It shifted ‘marriage’ from the realm of the sacred to that of a contract between equals, from one that was ‘forever’ to one that could be terminated by either party, from one that was divinely ordained to one that was self-contracted. He shifted the onus and jurisdiction of the Self-Respect Marriages from the family and community to the individuals concerned” (Dhara, 2016). Women Self-Respecters boldly spoke against caste, nationalism and patriarchy due to the Self-Respect Marriages they had entered into (Geetha, 1998). Louis Antony argues that a Self-Respect Marriage is based on rationalism. The man and woman who enter into such a marriage are equals. It also frees the women from age-old traditions and other irrational chains of bondage and exploitation (Antony).

Periyar considered contraception to be necessary for the liberation and autonomy of women, while the others who advocated contraception did so from the point of view of the health of women and children, the economy and to avoid excessive partitioning of ancestral property. For Periyar, women’s rights were an “end” in itself and not a “means” to an end. He said child-bearing should not be a compulsion for women, hence taking the rights discourse to the extent of complete upliftment for women.

Periyar used to argue that the sufferings of a widow weren’t natural but the result of the scheming of the powerful to rule over the powerless. He himself had helped a young widow to remarry.

In his work titled “Pen Yen Adimaiyaanaal”, Periyar asks, “Despite there being a goddess of learning and a goddess of wealth in the Hindu religion, why do they not grant women their education and right to property? Among the many reasons for the subjugation of women, the most important one is that they lack the right to property.” He advocated an equal division of inheritance among sons and daughters to ensure independence and equal status for women. He believed that denial of property rights to women was an obstacle to progress.

While upholding feminist ideals, Periyar’s struggle was not for representation of women in the public sphere alone. In fact, his struggle at its core interrogated the “inner space”, the home, which would determine the fate of the woman. He denounced the essentialization of the “feminine” as the weaker counterpart and marked the urgent need to have a radical women’s movement. Long ago, decades before it became a modern-day maxim, Periyar recognized and acted on “the personal is political”. He contextualized the function of masculinity as a contemptuous act enslaving women. Today as one traces the history of the struggle for women’s rights in the anti-caste tradition, Periyar undoubtedly stands tall. 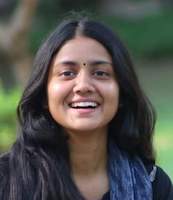