Of late, the discourse in Punjab in reference to the 2022 assembly elections has been centred on the Dalit share in the higher echelons of power politics. All political parties have been promising, if elected to form a government in Punjab, to honour the Dalit community (almost a third of Punjab’s population) by appointing a Dalit as the deputy chief minister or even chief minister. Now the Indian National Congress (INC) has pre-empted the other parties by appointing Charanjit Singh Channi, a Ramdasia Dalit Sikh and sitting MLA from the prestigious Chamkaur Sahib SC reserved seat, as the 17th chief minister.

Charanjit Singh Channi’s elevation to the chief ministership was preceded by a few months of political imbroglio that kept the Punjab state Congress party leadership as well the central high command on their toes. Prominent party leaders kept shuttling between Delhi and Chandigarh. It began with Navjot Singh Sidhu’s outbursts and him raining political blows on then chief minister Amarinder Singh over his poor handling of the law-and-order situation in the state and its fast declining financial health. In the meantime, Charanjit Singh Channi also upped the ante while highlighting the issue of some of the MLAs who were not given their due and of neglecting the cause of Dalits. However, though Channi was firm on his stand on such issues, he did not allow them to turn into lingering controversies. He handled the situation deftly and efficiently and his astute crisis management provided a glimpse of his empathetic personality.

Channi has the ability to develop a rapport even with his adversaries, which worked to his benefit during the volatile situation just before his elevation. That his elevation has been celebrated equally across political and social fault lines is a testimony to not only his popularity among his peers but also his acceptance among his opponents. Many have cited his being a Dalit as a major factor behind his elevation. No doubt that is a factor – Dalits constitute a third of the population of Punjab – but not the only factor.

Although to the outside world the word “Dalit” or former Untouchables conveys the idea of one community, in reality there are 39 different Dalit castes scattered among Hindu, Sikh, Christian and Buddhist religions and affiliated to innumerable alternative dera-based faiths and cultural centres. In other words, there are various sub-identities within the larger umbrella Dalit identity. Yet, the elevation of Charanjit Singh Channi will aid the larger umbrella Dalit identity in the long run. His elevation will act as a catalyst to shift Dalit votes in bulk towards the Congress, for to have one of them at the top of the political hierarchy offers moral and cultural solace to a people who have suffered historical social subjugation.

Being a Dalit may have worked in his favour but Channi is eminently qualified for the post of Chief Minister. He has an MA, LLB, MBA and had even registered for his PhD at Panjab University, Chandigarh. He was a university-level sportsman and a Bhangra artiste. All this defied his extreme family poverty and was the result of sheer hard work. After his oath-taking ceremony, while interacting with the press, tears welled up in his eyes as he recalled how he used to help his mother fetch mud from the village pond to repair their kachha house. He was a three-time councillor before carving out his space in the electoral politics of the state. He first became an MLA as an independent candidate in the 2007 assembly elections from Chamkaur Sahib assembly constituency and later joined the Congress and won the next two consecutive assembly elections from this prestigious constituency. He has substantial legislative experience, as he served as the leader of opposition in the assembly from 2015-17 as well as experience in governance from when he was technical education minister in the Amarinder Singh-headed Punjab government. His amiability endears him to the masses. Though, for a quite long period of time, he was surrounded by controversies and accusations, he was transparent and let the law take its course.

Channi’s appointment as chief minister has also pushed the Dalit Sikh identity to the centre stage of political discourse in Punjab. Those who are not familiar with the social realities of Punjabi society are astounded by the use of the term “Dalit Sikh”. Dalit Sikhs often grieve that for no other reason other than their lower social status they remain peripheral in the structures of power even in Punjab, the only Sikh-majority state. The presence of various castes within Sikhism, including Dalit Sikhs, at the outset appears to be a misnomer, since this religion was founded to negate caste and to give dignity to women. Other equally significant doctrines of this religion are: earning by the sweat of one’s brow, sharing the fruits of one’s labour, and – above all – meditating on the essence of Akālpurakh (God). The articulation of such moral norms and emphasis on their implementation in the day-to-day life of the followers from the time of Baba Nanak (1469-1539), founder of the Sikh faith, attracted a large number of people into its fold, particularly various historically deprived and socially excluded sections of Hindu society. 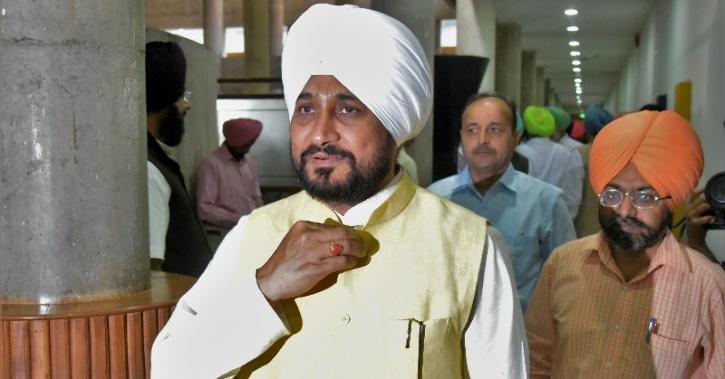 Sikhism does not recognize any kind of social stratification, including castes. Dalit Sikhs had embraced Sikhism in the hope of gaining dignity and social equality. But the curse of casteism was not so easily shed, and social exclusion continued to follow them into Sikhism. For various reasons, Sikhism, despite its egalitarian philosophy, and the gallant well-meaning efforts of various Sikh reform organizations, could not extricate itself from caste. The censuses of 1881 and 1931 recorded different castes within the Sikh community, including Arora, Ahluwalia, Bhattra, Chhimba, Jat, Jheer, Khatri, Kamboh, Labana, Lohar, Mahatam, Mazhabi, Nai, Ramgarhia, Ramdasia, Ranghreta and Saini. Eleven of these formed the core of the “caste constituency” – Jat and Kamboh (agrarian); Khatri and Arora (mercantile); Tarkhan, Lohar, Nai, and Chhimba (artisan); Kalal (distiller); and Chamar and Chuhra (outcaste Dalit). The last two caste categories have acquired new nomenclature after converting into Sikhism. Those who were hereditarily attached to weaving and leather work came to be known as the Ramdasia and Ravidasia, and scavengers began to be called the Mazhabi and Ranghreta. Some other Dalit Sikh castes are Rai and Sansi.

The Ramdasia, Ravidasia, Mazhabi, Ranghreta, Rai, and Sansi thus form the lowest end of the social hierarchy helmed by the Jat, Khatri, and Arora Sikh. They are ranked even lower than the Ramgarhia and Ahluwalia. They had simply carried over their social status from Hinduism to Sikhism. They themselves disregard the egalitarian tenets of Sikhism, and further subdivide themselves along caste lines: Marriage takes place within caste boundaries, and Ramdasia and Ravidasia Sikhs consider themselves superior to the Mazhabi and Ranghreta Sikhs. Although the Ramdasia and the Ravidasia share their origin in the Chamar community, the former consider themselves superior to the latter. The Sansi and the Chamar are considered lower in hierarchy than the Mazhabi. But for non-Dalit castes, hierarchy within Dalit Sikhs carries no meaning. For them the Sansi, Chamar and Mazhabi are all the same – the lowest of the low in society.

The Dalits have the lowest share in Punjab’s agricultural land. Despite their significant numerical strength, only 5 per cent of the cultivators among them own agricultural land. Not surprisingly, they have failed to make their presence felt in the legislative assembly so far. Though 34 out of 117 assembly seats are reserved for them, all those who get elected are supposed to toe the line of their respective political parties, on whose ticket they are allowed to contest the elections. Thus, despite their large numbers in the constituencies, they have to be content with the crumbs of governance. The Dalits of Punjab, however, have never resigned themselves to the so-called lowest social status. With the moral and social support of the egalitarian and monotheistic spiritual philosophy of Sikhism on the one hand, and the movements – Ad Dharm movement, Ambedkarite movement and the Bahujan movement of Babu Kanshi Ram, also a Ramdasia Dalit Sikh – on the other, they have fought hard to generate social and political consciousness among themselves, giving rise to the idea of Dalit emancipation and empowerment.

The elevation of Charanjit Singh Channi hints at the coming of age of the idea of Dalit empowerment. In some rival political circles, Channi’s appointment is being projected as a symbolic act, seemingly more out of compulsion than by design, and its critical relevance at such a crucial stage in the political life of Punjab is being glossed over. But the state government under the leadership of Amarinder Singh faced a crisis of legitimacy, with its long list of unfulfilled promises, and the lack of faith in the Shiromani Akali Dal’s ability to govern persisted. At long last, there is new hope and possibility to start afresh to build people-centric governance. Nevertheless, the challenges that led to the downfall of Amarinder Singh still have to be overcome. Channi will be expected to do away with the dysfunctionality of the government led by his predecessor. It was an open secret that Amarinder was not accessible, not only to the general public but also to his own MLAs and MPs.

Channi has his hands full: the farmers’ agitation, unemployment, much-needed improvement in health and education sectors, drugs and sand mafia and long-pending court cases pertaining to sacrilege and law and order. He has to keep the promises made by Amarinder Singh, such as government jobs to the next of kin of 150 farmers who have lost their lives in the protests against the farm laws and the filling of 1,400 posts lying vacant for 25 years in educational institutions. Contractual workers of Punjab Roadways have been protesting and demanding permanent jobs. They have intensified their agitation. The new chief minister will have to attend to the grievances in the police department. To top it all, the state treasury is said to be empty. These are the challenges of governance, but the even bigger challenge is to keep the flock together and return to power after the 2022 election. 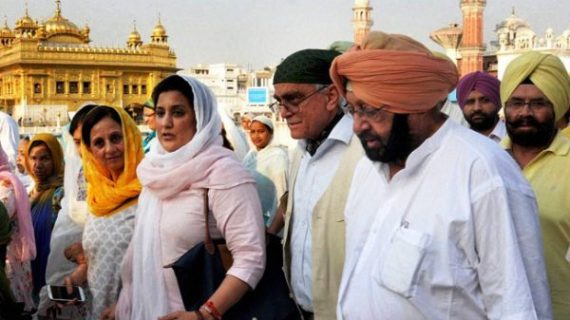 Punjab’s Congress government is mulling a tough blasphemy law. The state Cabinet approved a Bill to this effect at its meeting on 21 August 2018. Those convicted under the proposed law may face life imprisonment. Besides, the ministry also cleared a proposal to grant 20 per cent reservation in promotions to SCs. 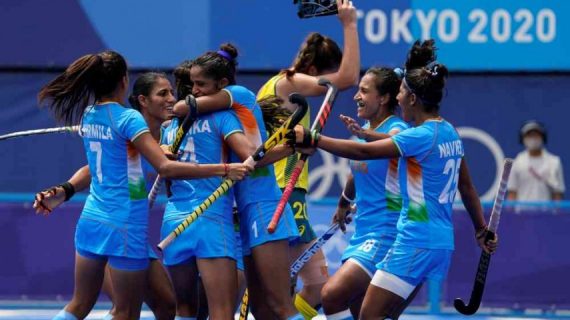 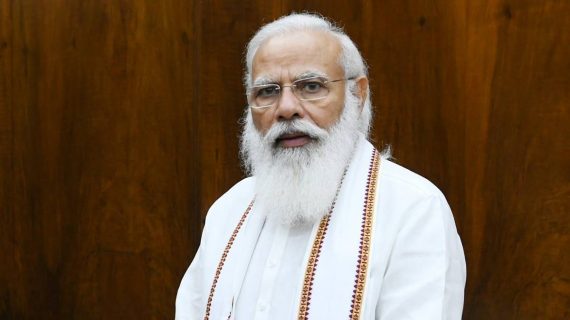 Why is Narendra Modi afraid of ‘Mandal Andolan 2.0’?