We have entered the third decade of the 21st century and we have definitely become “modern” in terms of technological advances and the facilities and capabilities they bring about. But when it comes to social equality, we are far from modern. In India, whether it is in education or standard of living, there is inequality everywhere. Even words in our languages and dialects betray our discriminatory outlook. Under the veneer of technological suaveness, we are as conventionalist as ever.

Recently, while passing through a busy locality in my city Bhagalpur, the signboard of a restaurant caught my eye. It read “Second Wife”. Clearly, this pair of words betrays a kind of patriarchal thinking, which still defines the attitude of our men towards our women. That is the reason businessmen feel that using such words would help them boost their business. But it would be wrong to presume that this is just a business trick.

One day, I heard Garima, my three-year-old daughter, humming a Hindi poem which she had learnt from YouTube. Its lines went thus: “Dhobi aaya, dhobi aaya, kitne kapde laya?” The poem neither teaches the kids anything nor entertains them. But aren’t we sowing poisonous seeds of casteism in their innocent minds by teaching them such poems?

Women’s discourse has become a part of our sociological studies. In academics, women’s studies has emerged as a distinct discipline. But women still have to face ugly comments on how they look, how they behave and how they lead their lives. Our films and TV serials also do not make any attempt to avoid such comments.

Our country has scores of laws for the protection of women but the State and its machinery and society at large are not sensitive to the issue. Women – whether teens or married or middle-aged – have to face vulgar comments and innuendoes. Most often, such comments are just laughed away as jokes. But these are, in fact, instruments for perpetuating patriarchy.

These comments hurt the self-respect of women, they make them tense. Such comments debilitate women. In India, most of the victims of such obnoxious behaviour are Dalitbahujan women. They are discriminated against both on the basis of caste as well as gender. This reminds us of Phule, Periyar and Ambedkar. It was these Bahujan heroes who first identified this problem. On 9 April 1948, Dr Ambekdar tabled a draft of the Hindu Code Bill in the Constituent Assembly. Primarily, it proposed to codify how the property of a Hindu who died intestate would be divided between his successors. But it also addressed some issues related to women. For instance, it gave the widow, sons and daughters of a Hindu male who died intestate equal rights to his property. Besides, it also provided that daughters would be entitled to half of the share of their brothers in their father’s property. The bill sought to give recognition to both sacramental and civil marriages. It outlawed polygamy by Hindu men and provided for divorce. The bill also stated that even if a marriage is declared null and void by a court of law, the offspring born of such wedlock would be considered legitimate.

Ambedkar had a deep understanding of the problems that women faced due to Brahmanical Hinduism. He wanted to protect the women from atrocities and injustices, even if the perpetrators were their husbands. The bill provided for divorce between Hindu couples on seven grounds – desertion, religious conversion, keeping mistress or becoming one, insanity, leprosy, venereal diseases and cruelty.

Dr Ambedkar wanted to break the Hindu notion that for a woman, her husband is like a god who should be respected even if he is full of vices or abuses her. Dr Ambedkar had a very clear perspective on gender discourse. What was it? How did he see caste? In his book Annihilation of Caste (1936), he explains how the class differences between different communities morphed into castes in India.

During the Mahad Satyagraha in 1927, Amedkar told a gathering of Dalit women, “You have given birth to us men. You know how other people consider us to be lower than animals. In some places even our shadow is not acceptable. Other people get respectable jobs in courts and offices, but the sons born of your wombs are held in such contempt that we cannot even get a job as a lowly peon in the police department. When you know all this, if someone asks you why you gave us birth, what answer will you give? What is the difference between us and the children born of the Kayastha and other Hindu women …?” 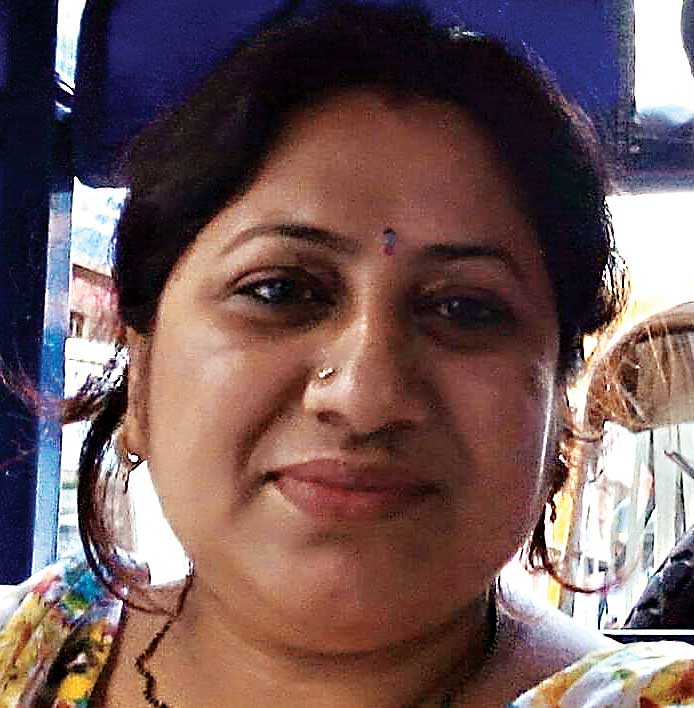 Sanjukta Bharti has a PhD in History from Tilka Manjhi Bhagalpur University, Bihar. Her poems and articles on contemporary issues have been published in various newspapers and magazines.