You may rejoice that the magnificent and imposing Rashtrapati Bhavan on Delhi’s Raisina Hills may soon get its first Adivasi tenant. Or, you may sulk, considering that in this country of Gandhi and Ambedkar, who swore by the ideal of equality, it took 74 years for the political heavyweights to propose an Adivasi as the occupant of the highest office in the country.

If you are active on social media, you may well raise the question that even if an Adivasi becomes president, will he or she be able to do something concrete for the welfare of the Adivasis, given the fact that in the Constitutional scheme of things, the President is only a titular head – a rubber stamp, if you may.

Draupadi Murmu is contesting the presidential elections as the nominee of the Bharatiya Janata Party (BJP) and the National Democratic Alliance (NDA). The arithmetic of votes gives her the advantage and that has elated lakhs of people. She comes from Odisha – one of the backward states of the country. She is a Santhal and has been the Governor of Jharkhand.

While there are many stories of the courage and valour of Santhal Adivasis, they have yet to get their legitimate rights. Most of the areas where they live are backward. There is a surfeit of government programmes for their wellbeing but their benefits reach only a small section. This is their present. As for the past, the Santhals were blessed with heroes like Siddo and Kanho, who laid down their lives while fighting against the slavery of the British. Now, these heroes are confined to textbooks. Politicians never forget to garland their statues on their birth and death anniversaries. After all, Adivasis are not just another community. They are a big vote bank. In some states, politicians can’t afford to ignore them.

Murmu’s candidature has sparked a debate. Is the ruling NDA looking for political advantage by nominating her? Is this a deft political move by the Modi-Shah duo? Maybe it is. But isn’t it also true that the politics of symbolism is not new and yet for 74 years, no one thought of an Adivasi president? No Adivasi could become our prime minister, either. Dalits, Adivasis and minorities are still not treated as equals. Against this backdrop, why should Murmu’s likely entry into the Rashtrapati Bhavan not be celebrated as a momentous achievement in the fight for securing dignity and respect to the Bahujan? Why should we not hail it as a landmark in the history of this country? You can very well cite the pictures showing her sweeping the floor of a temple to criticize her. But you would do well to remember that ours is a secular country. It is the beauty of our Constitution that it allows each one of us to visit a temple, mosque, church or gurudwara or be an atheist. If Murmu swept the floor of the temple at Rairangpur, she also visited Jaher Than (a place of worship of Santhal Adivasis).

This is entirely a matter of her personal choice. You are free to tweet your opinion on it but the Constitution allows her to consider herself a Sarna, a Hindu or a follower of any other religion.

She was the first woman and first Adivasi governor of Jharkhand. After her retirement she has been living in a two-storied house in Rairangpur, Orissa, with no trappings of power. Even her six-year stint as governor was marked by a simple lifestyle. Murmu was appointed governor of Jharkhand when the BJP ruled the state. Governors no longer act as representatives of the President, as the Constitution envisages, but as political agents of the party in power at the Centre. Many of them are in the news for all the wrong reasons. The relations between Mamata Banerjee and the Governor of West Bengal are well known. However, as governor, Draupadi Murmu maintained her dignity and decorum and deserves praise for it.

When her name was announced as the NDA’s presidential candidate on June 21, she was at her home in Rairangpur in Mayurbhanj district of Odisha. A day earlier, she had celebrated her 64th birthday. Little she did know then that within 24 hours she would be a candidate for the highest Constitutional post. She told the media that she is both surprised and happy. She said that the presidency is a Constitutional position and if elected, she would like to work in keeping with the Constitutional provisions. She said that she would work for the welfare of the people.

Her name had cropped up as a possible candidate during the 2017 presidential polls, too. At the time, she was the governor of Jharkhand. But ultimately, the BJP picked Ram Nath Kovind, the then governor of Bihar, as its candidate. Kovind was elected president. His term ends on July 24.

Draupadi Murmu has a BA degree and has worked as a clerk. She began her political career as a municipal ward councillor. She later became an MLA and a minister. She also held different positions in the organizational setup of the BJP. On 18 May 2015, she was sworn in as the governor of Jharkhand and held the post for a period of six years, one month and 18 days. As governor, she earned the respect of both the ruling party and the opposition and was also extremely popular among the public.

She could have chosen the easier option of becoming a rubber stamp. But she took many decisions that embarrassed the BJP government of Jharkhand. All these decisions were related to Adivasi rights. On many occasions, she negated the moves of the government led by chief minister Raghubar Das. She refused to give her assent to certain bills.

In May 2017, she returned the then BJP government’s bill seeking to amend the British-era Chota Nagpur Tenancy (CNT) Act and Santhal Parganas Tenancy (SPT) Act demanding to know how the Adivasis would gain from the amendments. The government had no answer and the bill could not become law. She said that the Raj Bhavan had received about 200 objections to the amendments and as such there was no question of her assenting to the bill. The Pathalgadi controversy erupted during the tenure of the same government. Chief Minister Raghubar Das issued many statements opposing Pathalgadi. At the time, Draupadi Murmu invited the gram pradhans and manki-mundas, the functionaries of the traditional Adivasi system of self-governance, to Raj Bhavan in Ranchi. She held a discussion with them and tried to find a way out of the confrontation. Can these moves be ignored? Weren’t these meaningful interventions on her part? As the chancellor of universities, she promoted teaching of tribal languages. It was due to her efforts that the recruitment of teachers of tribal and regional languages in the universities of Jharkhand resumed after a long time.

Of course, it would be wrong to surmise that her conduct and actions as president wouldn’t be any different. Nevertheless, the way I see it, Draupadi Murmu’s candidacy is a major development. If you ask what she did regarding PESA [The Panchayats (Extension to the Scheduled Areas) Act] and what she would do about it as president, then you also need to answer why the country never got an Adivasi president or prime minister in the 74 years since Independence. If you do that, you will realize that her candidature may promote the welfare and empowerment of the Adivasis. At the same time, given the BJP’s track record we would have to ensure that the party does not use her for serving its political interests.

Be that as may, as far as symbolism goes, Draupadi Murmu deserves our good wishes. 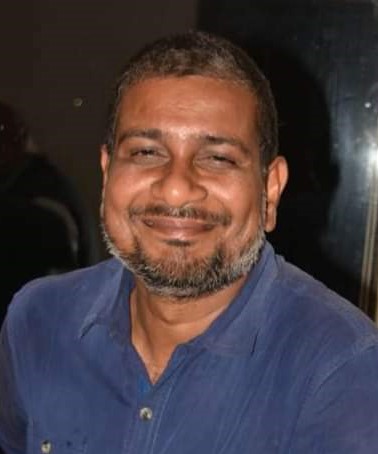