I have been a student of sociology for more than seven years of my higher education, and have had the privilege of being trained at what are referred to as the “elite” institutes. Over time though, I have realized that the faculty and students have among them various methodological animosities which one cannot particularly and concretely name. For instance, drawing on my own experience, disciplines that roughly fall under the “social sciences” have held some antagonism towards newly emergent disciplines such as cultural studies, performance studies, trauma studies and so on. It is not necessary that either party knows the ground on which the other stands. Perhaps the antagonisms are departmental, personal even. But it can be felt very commonly. The difficulty of writing about such antagonisms is that they cannot be proven as anything concrete; they are simply undercurrents that can be felt.

On the one hand, social sciences in some select elite universities, have arbitrary interpretations of what “science” means – and if the institutions have been influenced by the Marxist-political-economy framework – flinch at studies based on caste, sexuality and gender as the central basis for analyses. On the other hand, departments and courses which emerge as a response to this orthodoxy, often tend to ground themselves too much on the specific “identity category” de-historicized from all structural constraints. There is no “in-between”, at least in the beginning years of one’s higher education in some elite institutes. While on the one hand the former can give rise to a rejection of studies on identity, the latter can give rise to romanticization of one’s own identity, as well as of the other, policing in the name of “what ought to be”, and worse, joining hands with those market forces who love cashing in on crude identity politics as much as the so-called “critical thinkers” – and both are equally dangerous, especially when enacted through individuals and organized politics.

While I was thinking in these directions, it was in my MPhil that I was introduced to civil rights activist, lawyer and intellectual, Kandalla Balagopal (10 June 1952 – 8 October 2009), who spent most of his life in his home state Andhra Pradesh. An interview with him in English on YouTube proved to be very illuminating in various ways. In his writings, Balagopal has revisited the concept of ‘universal’ in a way which I believe, can be visited by us, students and academics, and which may carry the potential to resolve interdisciplinary antagonisms mentioned above. As articulated by him in the interview, “You can never say, I am being oppressed. You have to say, oppression is wrong. That is the only way you can formulate a protest … moment you do that, the principle becomes universal – not universal in the sense of 100 percent universal – but it finds for itself a class which goes beyond you …”

K. Balagopal, of course, made the above statement in the context of imagining and formulating a protest – any protest. He insists in his writings on topics ranging from brute force used by State agencies, problems of displacement to the nature of courts and their limitations, that the work of fighting for and claiming rights should not only be in the hands of a few functionaries like juridico-legal and statutory establishments, but should become a general social process in which every community and/or individual should be aware of what it means to live with “rights”. Even though the context may differ between the way in which Balagopal speaks about a “movement for rights” and ways in which students of social sciences are needed to think of the “social” within the realm of a given discipline, I believe, such an outlook towards understanding the “universal” and the “particular” is key for students. It gives a framework for how to think through empirical knowledge gained by various techniques we are schooled in.

Due to the period in history that Balagopal lived in and through which he envisaged a movement for rights, a lot of his writings speak to the left spectrum as a whole. From parliamentary left to the non-parliamentary far-left, throughout the spectrum, there has been a hesitation regarding how to treat both law and its functionaries, as well as the Constitution of India. Law in most sociological theorizations that are influenced by the Marxist political economy framework, interpret it as a tool of State – a tool to exert direct force alongside armed and police forces. On a similar plane but with specific historical analyses, the Constitution is located as “bourgeois”, liberal, with a framework that is inclined towards supporting the propertied as against the property-less. Balagopal, in my opinion, has given the strongest response on what to do with the question of law, in that, he pushes us to imagine a society without law. Granted that law can be oppressive, but, what if there is no law? The most oppression will be faced by those who are the most under-privileged – the lowest rung of society – as the privileged shall be able to organize resources in their favour through networks built using caste-class relations. Therefore, a legal framework is essential; it is the responsibility of those who claim to work towards a better life, to invert the essence of law should it prove to be on the side of dominant communities. An ever-critical outlook towards law, while recognizing law as an essential aspect of a civilized democratic society, is among Balagopal’s key contributions.

Every year, in the first week of October, on the occasion of K. Balagopal’s death anniversary, the Human Rights Forum, which he founded in the late Nineties, holds the Balagopal Memorial Lecture, based on a theme of social and political importance. While I attended the last two lectures online due to the Covid-19 pandemic, this year’s lecture was an in-person event, with Arundhati Roy, Clifton D’ Rozario, Jaha Aara, and Mihir Desai as invited speakers, and the theme was “Hindutva and Democracy”. I had met Balagopal in his writings, but what I witnessed in the meeting was the way in which he remains alive in people’s memories as well. Several speakers had memories to share about him – he was mostly immersed in work, deep in thought, writing as he travelled, with a reticent sense of humour. At the same time one can observe that in several of his writings, which include his essays on police atrocities and custodial violence, and the Anti-Mandal agitations, he used wit to attack academics who made claims without any factual grounding or contextual understanding. For instance, the following are the opening lines of his essay entitled, Anti-Reservation, Yet Once More, published in the Economic and Political Weekly in 1986: “Sounds of the future are sending their echoes backwards. As one reads the posters and listens to the arguments one is filled with an indistinct sense of unease, a premonition of the scenes that are going to trample along the streets of this land twenty, thirty or forty years hence; a prescience that is more akin to a feeling of deja vu in reversed time. On the face of it there is nothing alarming about the picture; it is perhaps even slightly amusing. There are these hundreds of youths, boys and girls, well-fed and well-dressed, marching along the streets, posters in hand and slogans on their lips. They are obviously more accustomed to picnicking than to agitating, for they are agitating as if on a picnic. Their slogans too do not belong to the world of Indian mass politics. They are, needless to say, mostly in English; and they have none of the sonorous resonance we are all accustomed to; instead they have the crisp brevity of stickers and ads.”

Using sharp wit and humour in scenarios where one must take a stance, but all the while doing it by maintaining ethical boundaries is another lesson to be learnt for students, academics and scholars from Balagopal.

K. Balagopal’s contribution to society is enormous. I do not have access to more than half of his writings due to my inability to read Telugu. However, as emphasized by many thinkers, activists, scholars, lawyers and others, Balagopal’s writings in many ways, are truly unique, and may introduce students interested in politics, legal studies and sociology, to theoretical frameworks embedded in our local context. Apart from that, even at a personal level, his thinking can orient young scholars in understanding aimless antagonisms which are difficult to track or follow in higher education, and in tackling them. 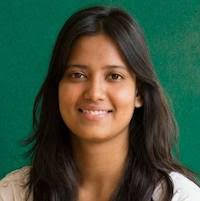