Chhello Show (which means the ‘Last Film Show’ in Gujarati), directed by Nalin Kumar Pandya, has been chosen as India’s official entry for the Best International Feature category at the 95th Oscars. Most Indian cinephiles may have unquestioningly backed this decision but, to me, a researcher of “caste in cinema”, it demonstrates the created and edited world of the “upper caste”. Let me examine this film using a psychological and sociological perspective on caste.

The film depicts a child’s fascination with filmmaking, but in doing so, overplays the plight of a particular caste in an attempt to underplay the impact of the caste system on society. To be precise, “poor Brahmin” is the constant refrain in the film.

Chhello Show begins with the protagonist, 9-year-old Samay (Bhavin Rabari), walking on the railway track, followed by shots of green cotton fields and a train passing by, and Samay is seen holding a bow and arrow. Eventually, he shoots an arrow into the field. Samay is frequently seen semi-naked with his friends on several occasions. What do the bow and arrow, a small railway station in the forest, and Samay’s half-naked state all represent in this context? Samay either feels warm, so he doesn’t wear a shirt, or he is very poor, so he can’t afford decent clothes. In the scene that follows, Samay is at his home, where we see his mother, younger sister, and father getting ready for an outing.

Samay asks his father (Dipen Raval), “Where are we going today?” His father responds, “We’re going to the cinema,” his father responds, cautioning him that this will be the last time they will be doing so. Why? Because, the father says, films are not considered a good medium, and the only reason they are going this time is because it is a good film, a religious film, and he chants “Jai Mahakali” (Hail goddess Kali). They go to the cinema, watch the film, and on their way back home, Samay shares with father his dream of becoming a film director. Aghast, his father says, “Shut up, don’t ever try to repeat this thing in front of me. Have you ever heard of a Brahmin’s son doing this useless work? This film world is opposite to our culture. You want to lower my prestige in Brahmin society.”

Samay’s father’s gestures and speech reveal a strong sense of Brahmin pride, bordering on arrogance. He does not allow his son Samay to go to the cinema because his religious beliefs regard the cinema as “impure” and “dishonourable”, which becomes “pure” only when a religious film is shown. Brahmins, who are at the top of Hindu society’s hierarchical ladder, always find something in the codified language to justify their actions. Disappointed, Samay says, “You keep mentioning Brahmin-Brahmin, but look at your condition: you sell tea all day long.” His father becomes restless, and music plays in the background, building an anxious mood, along with excerpts from several films, inviting viewers to participate in the grief of a Brahmin family that is too “poor” and runs a tea stall.

Samay never misses an opportunity to mention his Brahmin status in order to contest his father’s dislike for movies. A few railway officers commiserate with his father on his predicament – “The poor man had 400 to 500 cows, but his brothers snatched them, and now, despite being a Brahmin, he only has a tea stall.” The Hindutva gaze strikes the discerning viewer, such as the “Jai Shri Ram” flag, “Jai Mata Di” written on a passing truck, and the cow to (re)present the “purity” of Brahmin households.

Samay’s father always presents himself as a “poor” and hapless man who is struggling to provide for his family. Yet, he lives in a pucca house, unfurnished but with electricity, surrounded by a green field whose crops are seen swaying in the wind; and as the boundaries suggest, it is not a small field by any means. This brings up the question of land ownership in India, particularly in Gujarat. Despite being “poor”, this Brahmin family owns a large piece of land, and it is not barren land, of the kind distributed to landless Dalit households by governments, rather it appears fertile and productive. One can thus see how caste is being (re)constructed on-screen explicitly.

Samay’s mother (Richa Meena) only speaks on a few occasions. She is usually seen cooking in the kitchen. There is a romanticization of the kitchen as the space for women. Despite being a ‘poor’ family, the kitchen seems to be churning out delicious fare. In fact, projectionist Fazal (Bhavesh Shrimali) asks Samay, “Do you have such good and delicious food every day?” A woman is seen grooming Samay’s mother’s eyebrows in one of the scenes. One can imagine which poor rural Indian family will have access to delicacies and eye-brow grooming!

The moment I started watching Chhello Show I was instantly reminded of Giuseppe Tornatore’s film Cinema Paradiso, which is powerful, emotional and political in depicting a young child’s fascination with cinema and desire to become a filmmaker. I watched this movie a few years ago and it left a lasting imprint on me. The film’s use of ‘memory’ as a tool, along with other attached developing factors, is mesmerising. It has multiple layers, ranging from personal to professional, being in love to politics and family, and the city to the country. It is the journey of an individual, but it is also the journey of society, a city, a family.

What struck me while mentally juxtaposing the two films is how Indian films falsely depict caste, pretend castelessness and even invisibilize caste. The films become about one caste. Richa Meena belongs to the Meena tribal community of Rajasthan, but she plays Samay’s mother in the film, a Brahmin woman from a poor family. After all, why did the filmmaker and his team choose the story of a ‘poor’ Brahmin family? Couldn’t this have been the story of a Meena family or a family from another downtrodden community? If he chose a storyline involving the lower castes, the entire ecosystem surrounding the family would be different, and the filmmaker wouldn’t be able to deal with the complexity. Yet, even while avoiding this complexity, he fails to escape the reality of caste. This is also what would have happened in the making of the 2017 film Newton directed Amit V. Masurkar and starring Rajkummar Rao, about a government clerk on election duty in an insurgency-prone tribal area of Chhattisgarh. The director did not reveal much about the protagonist’s background because he knew that if he did, he would have to address layers of uncomfortable truth about caste society.

Some might not see a problem in this method adopted by directors. After all, poor Brahmin families are very much a reality in Indian society, they say, but, as I see it, it is a manufactured reality to “frame out” the oppressive structural nature of the Hindu social order. Why does the tea vendor have to be from a “poor Brahmin” family? No filmmaker wants to address questions like who is permitted to set up a tea stall in an Indian village or a railway station. Presence poses the question of absence, and vice versa.

Railway tracks and trains appear as a metaphor for escaping a bleak existence and fulfilling a golden dream. At the end of the film, Samay’s father taps into his “socio-cultural capital” and sends him to the city by train to pursue his dream of becoming a filmmaker. Who has the freedom to pursue their dreams in India’s hierarchical caste-based society? Who among Indians can flee their dark life and go to the home of a relative who is already settled in the city? Sharma ji, Shastri ji, and Dave sir help this member of a “poor Brahmin family” pursue his dream. This film appears to justify the concept of reservation for the “economically weaker sections”, famously articulated by Bahujan scholars as “Sudama Quota”, according to which a Brahmin, despite having all resources – economic, social, political, educational, cultural, and so on – is “poor” and guaranteed representation in all public spheres. 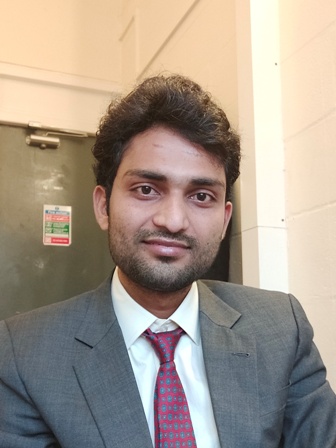