Baba Saheb Bhimrao Ambedkar had once said that the condition of Muslim Dalits was worse than that of their Hindu counterparts. The situation remains the same even today. In 1998, the Pasmanda Muslims constituted All India Muslim Pasmanda Mahaz to let their voices be heard. Salim Parvez was the president of the mahaz. He is now vice-chairman of the Bihar Legislative Council. FORWARD Press Chhapra correspondent Amlesh Prasad spoke with him. Excerpts.

How was your journey from a Pasmanda family to being the vice-chairman of the Bihar legislative council? 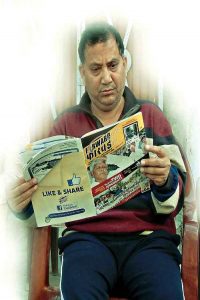 I lived in a joint family, which broke up for some reason and I had to move to Saudi Arabia. I worked for six years in a company there. In 1990, I launched my own business. But the memories of the poverty and misery of my village never left me. In 2000, I returned to my village and made ‘Service of community is service of God’ my motto. I used the money I had brought back from Saudi Arabia to fund the education and marriages of the members of the community. In 2009, circumstances forced me to contest the Lok Sabha elections on a BSP ticket from Chhapra constituency. I lost the polls but not my courage and conviction. In between, I got the invitation from Nitishji and I became a member of the Legislative Council. In the 2010 Assembly elections in Bihar, I helped Nitishji in every possible manner and as a reward, I was given the position of vice-chairman of the Legislative Council. I am the first Ansari in the country to occupy such a high position.

Why did you move to politics from the field of social service / business?

During my student days, my eldest brother-in-law Dr Shardul Haq had me enrolled in Data Medical College but I had no money to pay the fees and I had to go to Saudi Arabia to earn money. I have seen gruelling poverty. When my economic condition improved, my conscience told me to return to my village and serve the needy and the poor. Even today, I consider myself a social worker and not an MLC or vice-chairman of the Legislative Council.

Who or what is responsible for the miserable state of the Pasmanda community?

We ourselves are responsible. A conspiracy was hatched to ensure that we do not get education. I have donated a vehicle to All India Muslim Pasmanda Mahaz on which is written ‘Aadhi roti khayaenge, bachhon ko padayegein’ (We will eat half a roti but will educate our children). We lack education. We have been divided into innumerable sects and sub-sects.  We were terrorised in the name of caste, in the name of religion. But thanks to this government, our people now want to educate their children. Only education will improve our lot.

What are the schemes that the Nitish government has launched for the Pasmanda community?

Not only we Pasmandas but all the residents of Bihar are lucky to have a chief minister like Nitish Kumar. He is the best chief minister the state has ever had since Independence. The greatest thing is that he has made youngsters self-reliant. He has announced Rs 10,000 scholarships for girls clearing class ten examination. This has increased enrolment of children in schools. The government has approved establishment of 2,459 madarsas in the state. The children now get textbooks, notebooks and uniforms, and the teachers in madarsas get salary.

There is not a single Pasmanda minister in the Nitish Kumar government. No socio-cultural, educational and religious institution of Muslims is headed by a Pasmanda. Why?

Nitishji is great at social engineering. He wants the work done. No other chief minister of the state gave as much respect to Pasmandas as he has given so far. I am the first Pasmanda in the state to hold a Constitutional office.

Some people say reservations are anti-Islamic. A mufti of Hyderabad has said that giving reservations to Pasmandas was against the tenets of Islam.

I never give much weight to what maulanas and muftis say. No Mufti can decide what should happen and what should not. It is true that the Constitution does not allow reservations on the basis of religion. But we are socially, economically, politically and educationally Backward. Hence our demand is Constitutional. We will secure our demands. My mission is not dependent on what this or that mufti says or feels.

You have travelled to many Islamic countries. How do you rate the condition of Indian Muslims vis-à-vis the Muslims in these countries?

I feel blessed that I live in India. The condition of Muslims here is far, far better than in Muslim nations. I have been to Pakistan, Malaysia, the UAE, Bahrain, Qatar, Oman, Kuwait, etc. Especially in Bihar, Muslims live in peace.

You are also the president of Bihar Athletics Association. Why is the performance of Bihar so poor in the field of sports?

Till 2005, no one even knew about the existence of this organisation. We have to do a lot of work in this field. I have resolved to build a synthetic ground at Chhapra with government aid. This will revolutionise sporting activities in Saran division and our players will take part in competitions in the other parts of the country and abroad. The sports budget of Bihar has been increased by more than ten times.

For past several years, there have been allegations that the appointments to the secretariat of the Legislative Council are illegal.

No appointment is illegal. What happens is that often 10 people are appointed against 7 posts and when the extra three are asked to leave, they start making these allegations.

If that is so, why were the services of the Dalit-Bahujans appointed during the term of the then chairman Zabir Hussain, in 2006, terminated?

As long as I was the chairman-in-charge, no such file came before me. Now I am the deputy chairman. It would be better if you talk to the present chairman Avdesh Narayan Singh on this issue. I have no information on this matter. 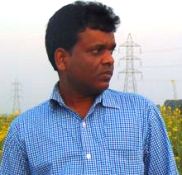