NARNAUL (Haryana): A function was organized at the local Saini Senior Secondary School on the occasion of the 123rd death anniversary of the great social reformer Jotiba Phule. Senior Vice-President of Saini Sabha Jairam Aadhti inaugurated the programme by garlanding a portrait of Phule. In his address, Aadhti urged the students to learn from the life and works of Phule and work for the betterment of  society. 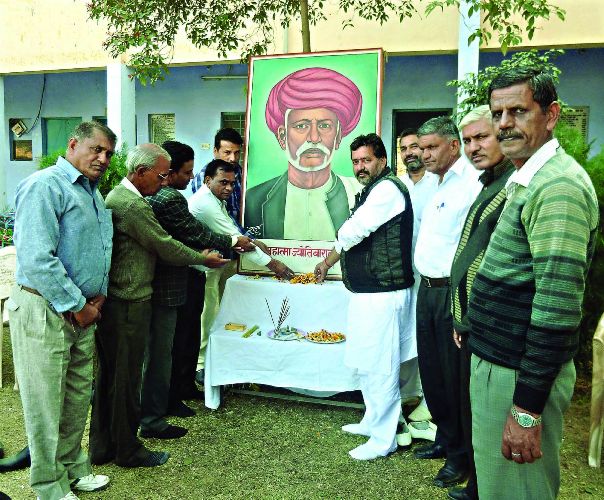 Ramchandra Saini, media in-charge of the sabha, announced that to mark the occasion, sweaters were distributed to 40 students of the school who came from families with modest means. Mahatma Phule was remembered at another function organized at the local Valmiki temple by Phule Vikas Manch, Mahendragarh. The function was addressed by Jaiprakash Saini, district president of the manch, and its office- bearers Jaiprakash Saini, Ramsingh Saini, Sanjay Aman and Dr Sushila Shilu.