PATNA : On 30 November, Ekta Parishad organized a meeting at the SK Memorial hall here. Activists and office-bearers of the organization from all over the state attended the meeting. Addressing the meeting, Pradeep Priyadarshi, national convener of the parishad, said that thanks to the efforts of NGOs and of the villagers, today crops were growing on the land where blood was once spilt in massacres. He said that Bihar was the only state where ‘Agriculture Cabinet’ had been constituted. He said that the government had been requested to make the farm cabinet women-friendly. 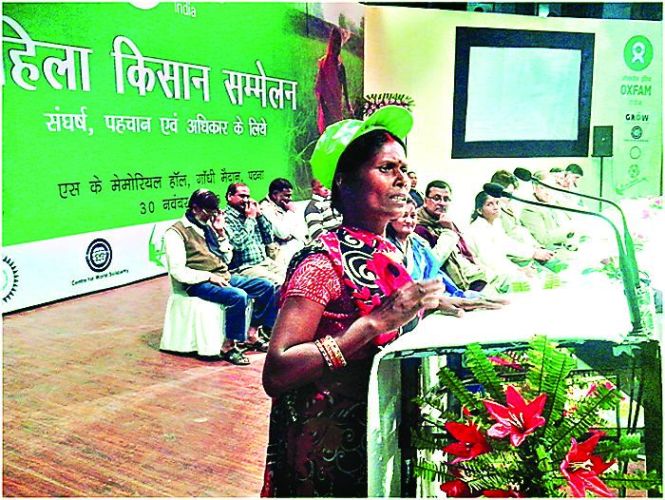 Gyanti Devi of Bagha, West Champaran, said that the women might be illiterate but they knew how to do their work of farming. She said that land ownership rights were not being given to forest dwellers under the Forest Rights Act 2006. Instead, people were being jailed and false cases were being thrust upon them. Instead of helping the Dalit, Mahadalit, tribal and deprived communities, the government was adding to their miseries.