Of late, the Samajwadi party supremo Mulayam Singh Yadav seems to have taken to regretting past mistakes and issuing apologies for them. As part of this exercise, recently, he apologised for the firing on the so-called karsewaks near Babri Masjid in Ayodhya on 30 October 1990. The decision to open fire must have been taken at a very critical juncture. But his apology has proved that the leader, who once took pride in being described as Mulla Mulayam, is a karsewak to the core. 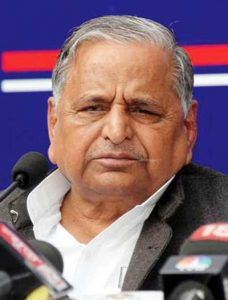 Some sensational disclosures have come about through official records. There once used to be a Thedi Bazar Chowki in Ayodhya. This chowki was upgraded to a police station and named ‘Thana Shriramjanambhoomi’. Official documents show that this was done on an order issued by the government on 3 October 1990. At that point in time, Yadav was the chief minister of Uttar Pradesh. The so-called karsewaks, perched on the dome of the Babri masjid, were fired upon on 30 October 1990.

The revelation came when some local residents objected to the appellation ‘Shri’ being prefixed to the name of the new Thana. In view of the objections, ‘Shri’ was erased from the board of the police station and it was renamed Thana Ramjanambhoomi. However, in government records the police station is still Thana Shriramjanambhoomi. Then why was the word ‘Shri’ removed from the board and the thana ostensibly renamed?

This is not a trivial issue, for it implies that Yadav was already convinced that Ramjanambhoomi is in Ayodhya, at the place where the Babri masjid stood. If that was not so why was the police station named after a disputed place? It could have well been named Thana Babri masjid. On what basis was it named Thana Shriramjanambhoomi?

The least that can be expected from the Uttar Pradesh government and the Samajwadi Party is that they should clarify whether the then chief minister was aware of the government order regarding Thana Shriramjanambhoomi.

In October 1990, the Home Department of the Uttar Pradesh government convened a meeting. Senior police officers and the District Magistrate, Faizabad, were asked to attend. The notice for the meeting asked them to “take part in the discussion on the reconstruction of Ram temple at Ayodhya on 14 October”. When the BJP and the Congress objected, the Samajwadi Party claimed that the notice had a typographical error and that the meeting had been convened in connection with Dusshera. 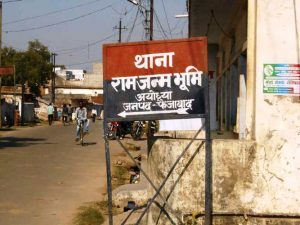 The UP government’s missive to officers for the 14 October meeting was issued in the context of VHP’s ‘Sankalp Diwas’ and referred to the construction of grand Ram temple at Ayodhya on the lines of Somnath temple through Parliamentary legislation.

The government tried to wriggle out of the controversy by claiming that the notice had been issued by mistake. Home Secretary Sarvesh Chandra Mishra was a made a scapegoat and suspended. But it now seems that there was more to the proposed meeting than meets the eye.  Before the Babri masjid / Shriramjanambhoomi dispute could be resolved, the then chief minister Mulayam Singh Yadav, on 3 October 1990, upgraded the Tedhi Bazar police chowki under Kotwali Police Station to a police station and named it ‘Thana Shriramjanambhoomi’.

Mulayam recently expressed regret over the firing on karsewaks on 30 October 1990 – something that had made him a hero. Such games have been played in the past too – all in the race for grabbing more and more votes. Back in 1986, the Congress got the locks opened and in 1989, Rajiv Gandhi allowed the foundation stone for the construction of the Ram temple to be laid on the land of the mosque. The result was that even Rajiv Gandhi’s gamble of visiting Ayodhya during the run-up to the Lok Sabha polls and promising Ram Rajya did not work and the Congress lost this seat too. The million-dollar question now is whether the current Uttar Pradesh government will correct its mistake on this issue. 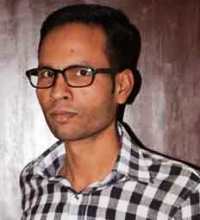