The talk of the Janata Dal parivar reuniting has started affecting the politics of north India. If the merger of the former constituents of the Janata Dal does happen, it would script new political equations in Bihar and Uttar Pradesh, which, together send 120 members to the Lok Sabha. Whether the resurrection of the Janata Dal will pay dividends to the parties coming together largely depends on caste equations. The resurrection will affect the composition of the Bihar Assembly as well as the stability of the state government. This will also affect the government of Uttar Pradesh but not in the near future. The Bihar government faces an immediate threat. 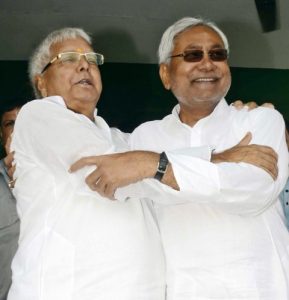 In Uttar Pradesh, the Samajwadi Party has a complete majority. There is not much dissidence in the legislative party either. Mulayam Singh Yadav is the lord of all he surveys. No one in the party challenges his authority. Given the BJP’s aggressive strategy, no SP MLA can even imagine breaking away from Chief Minister Akhilesh Yadav. As for the Lok Sabha, all the SP members belong to the extended family of Mulayam Singh.

But Bihar is a different ball game. There is a great deal of resentment among the MLAs of the ruling JDU and of the RJD, which has just extended its support to the government. The political advisory council and state executive of the JDU has consented to the merger of the two parties. JDU leader Nitish Kumar has said that after the merger, a new party will come into being. It will have a new name, new flag and a new symbol. This clearly means that the two parties will merge to form a third party. According to the Constitutional provisions, this will amount to defection, and the anti-defection law will apply to the so-called merger.

The million-dollar question, however, is whether all the 111 JDU MLAs are willing to join the new party. Unless, at least 74 MLAs (two-thirds of the total strength of JDU contingent) join the new party, the anti-defection law will come into play and they will lose their memberships. On the other hand, if two-thirds of the MLAs or more quit the party, there will be a split under the anti-defection law and they will retain their memberships. The problem is that the party MLAs are openly expressing their opposition to Nitish Kumar. The dissidents had created many problems for Nitish Kumar during the by-election to three Rajya Sabha seats. The Assembly Speaker Uday Narayan Chaudhary had terminated or suspended memberships of eight JDU MLAs under the anti-defection law. Four of them managed to get the speaker’s order annulled by courts. The cases of the remaining four are pending. Resentment is brewing in the RJD, too. It is too optimistic to assume that all the 24 MLAs of the party will readily agree to join the new party. If even 9 MLAs of RJD and 38 of JDU refuse to join the new party, the plan will go awry.

Presently, nine seats are vacant in the 243-member assembly. This means the government requires the support of at least 118 members to survive. The Manjhi government enjoys the support of 111 MLAs of JDU, 24 of RJD, four of Congress, one of CPI and two independents. That adds up to 142. So, if even 24 MLAs of the JDU and the RJD refuse to join the new party, the Manjhi government will fall. The anti-defection law will not apply to the MLAs who choose to remain in their original parties. 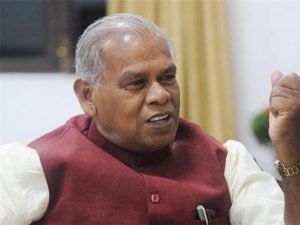 The BJP, which has 89 members, is eyeing the rebel MLAs of RJD and JDU. The party has assured the dissidents that if they revolt against their leaderships, it will field them as its candidates in the next elections. The growing clout of the BJP in the country and its string of victories in various states have made the MLAs drool over the prospect of getting BJP nominations. Around 30-35 MLAs of the JDU and the RJD are on the BJP’s radar. They may revolt against Laloo Yadav or Nitish Kumar if they are assured of a BJP ticket. Most of them are Savarnas while some belong to the EBCs. If things go its way, the BJP may form a government with the help of rebel RJD-JDU MLAs. But the BJP is not really interested in forming a government. It does not want mid-term polls either. It will be happy if president’s rule is imposed.

The BJP strategists believe that the party will benefit more by keeping the government shaky rather than pulling it down or forming its own government. The shaky government will be indecisive and internal wrangling will weaken it. That will help the BJP turn the tide in its favour. The BJP wants to assure the people that if voted to power, it will revive the incomplete and pending centrally sponsored schemes to develop the state. To sum up, Bihar has shifted to the election mode. All parties are flexing their muscles. Attempts to trip others and to guard one’s flock have begun. What lies in store for the future is anybody’s guess. But it looks certain that if the Janata Dal parivar reunites, the Manjhi government will be pushed to the brink of collapse.

I would again request you to do a rethink on your politics and, if possible, re-establish cordial relations with Manjhi. Your ego should not come in the way of this. If you consider yourself superior due to your caste, I have nothing to say 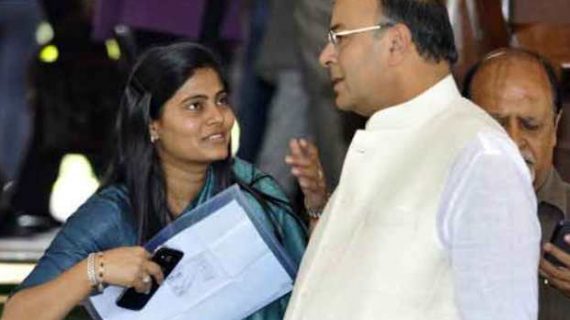 NDA Bahujan leaders: Neither here nor there

The association of these Dalit leaders, as well OBC leaders such as Upendra Kushwaha and Anupriya Patel – known for their vocal advocacy of social justice – with the NDA or directly with the BJP, led to the party’s smashing electoral victory last May