The fire of the Muzaffarnagar violence is still smouldering. Five months on, thousands are still living in dozens of relief camps in Muzaffarnagar and Shamli districts in sub-human conditions. During the cold wave, when it was difficult to stay in the camps even for a few hours, thousands of them were forced to sleep under the open sky. According to news reports, people are still dying in the camps due to diseases contracted when the winter was at its peak and other afflictions. Children form a majority of the fatalities. 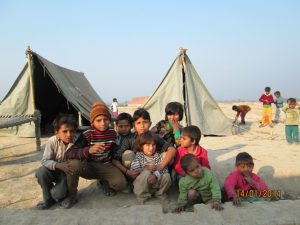 A few weeks ago, we spent three days in the camps near Kairana, in Shamli district. It is painful to describe what we saw in the camps near Akbarpur, Sonati, Rotan Bridge and Mansoora villages. The sufferings of Muslims know no end. On the one hand, the communal RSS and BJP did whatever they could to turn the Jat peasants against the Muslims and on the other hand, the so-called secular forces, who claim to be their well-wishers, did next to nothing for them. The local media added fuel to the communal fire. It even spread the rumour that ISI men had infiltrated the camps.

Despite these rumours and the failures of the government, Muslim and non-Muslim organizations from the country and abroad and social workers came forward to help. When we were in the camps, some people from Hyderabad, Aligarh, Mau and London were distributing relief material among the victims. We also came across some Muslims who described themselves as in charge and ‘protectors’ of the camps but they brought shame to their own community by their sordid activities. A Muslim leader of Rotan Bridge abused camp inmates. It was also alleged that this leader tried to molest some women refugees.

When the refugees were sharing these details with us, we could see the fear on their faces. We had gone to the camps to start a school for the kids staying there. We felt that a school in the relief camp was a good idea as Muslims are educationally and socially backward. A social organization Khudai Khidmatgar played a key role in establishing this school. We went from camp to camp, telling people how important education was and appealing to them to send their children to this school, where no tuition fees would be charged and textbooks, notebooks and other necessary material would be provided free of cost. To our utter shock, the inmates told us that a local Muslim leader had already collected Rs 50 from each family in the name of the school. “When you are talking of free education, why was money collected from us?” they wanted to know. That’s when we realized that something was terribly wrong. 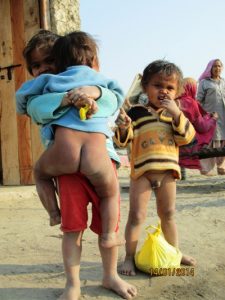 We were also told that the same Muslim leader was siphoning off the cash and relief material meant for the camp inmates. Meanwhile, a relative of the leader arrived at the place and started admonishing them loudly. Reason: the inmates had expressed their reluctance to travel to Lucknow to participate in the rally planned for Mayawati’s birthday. Ignoring their protests, dozens of men were rounded up and loaded into tractor trolleys like cattle. The women who were left behind were furious. “They have taken our men for the rally. Now who will protect us?” was their refrain.

These revelations made us look at the state of affairs from a new angle. We, being men, could not understand many problems being faced by the women. The women are not safe in the camps. Instances of sexual exploitation are spiralling. In the absence of lady doctors, the women inmates are not getting treatment for some ailments. We came to know that during their stay in the camp, many women had given birth to children and many others were pregnant. But no special facility is available for them. We found heaps of relief material lying in the camps including foodgrains, clothes, quilts, blankets and toys. But no one had thought of providing sanitary napkins. No one had thought of providing nutritious food to expectant mothers.

Most of the children have not had any formal education. The parents believe that their responsibility towards their children begins and ends with marrying them off. When we asked a boy around 18 years old to come to the school he turned back and told us, “Arre bhai, now my son will go to school.”

There is little doubt that the communal violence was orchestrated to push the Muslims backwards – socially, educationally and economically. The idea is to make the Muslims feel so insecure that they do not spare a thought for food, clothing, housing, education and employment. But it should not be forgotten that the Muslims are not safe even in the camps. They are groaning under the weight of multiple problems. It is the responsibility of all of us to ensure that external and internal factors are taken into account while drawing up any scheme for the relief and rehabilitation of the Muslims residing in the camps. 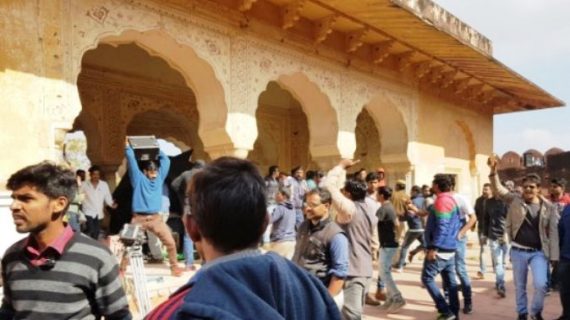 Communalization of the past doesn’t spare ‘Padmavati’

The right wing has yet to come to terms with a long period in history when the Mughal-Rajput interaction was the fulcrum on which political alliances were forged. This usually involved Rajput daughters being given in marriage to Mughal kings