The men, women and children of 100-odd poor, Dalit families of Bhagana have staged a sit-in at Delhi’s Jantar-Mantar since 14 April. Can you guess what must have prompted them to travel all the way to Delhi?
They thought that the media of the national capital would lend its ears to their pain, secure justice for them. They had heard about the Nirbhaya incident. They thought that they would not get justice till they reach Delhi. That is why they also brought their four teenage daughters, who were victims of gang- rape, with them. Just spare a thought for the women of their families – the mental trauma they must be going through, as the girls are not allowed to leave their  without covering their faces. And here, they are sitting in public, as if they are part of an exhibition! 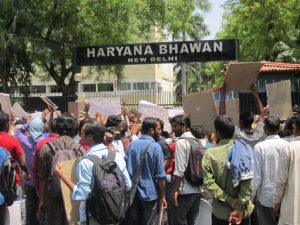 I know, my journalist friends born in upper-caste families would insist that they never ignored the sit-in. The protestors were given coverage in proportion to their numbers. But my friend, does your responsibility end here? Should only the size of the crowd and its saleability be the determinants of the space a news story will get in the media? Does the media not have an additional moral responsibility towards the deprived sections of society? Can you put your hand on your heart and say that on the first day of Anna agitation, the number of people present at the venue qualified it for the massive nationwide coverage it got? Was the number of those who lit candles in memory of Nirbhaya more than the number of Bhagana protestors? In 2012, at the same Jantar-Mantar, just next to the Anna Hazare protestors, sat hundreds of Dalit-OBCs who were victims of social boycott in their villages. But the media took no notice of them. Needless to say, had the media given them adequate coverage then, these gang rapes would not have happened.

When the Bhagana protestors did not get any coverage for four days, they thought that maybe, Nirbhaya got justice because of the protest by JNU students. They reached the JNU campus on 19 April and begged the students to take up their cause. On 22 April, JNU Students’ Union (JNUSU) held a big demonstration at Jantar-Mantar and in front of the Haryana Bhawan. But what happened? Aaj Tak, ABP News and NDTV were nowhere to be seen. All were informed but only the representatives of local TV channels of Haryana turned up and they only broke the morale of the protestors by announcing their boycott of the sit-in! The same evening, they telephoned the demonstrators to tell them that they were not boycotting the demonstration and that visuals of the demonstration would be aired. That probably was a face-saving move because the news of the boycott had been posted on the widely read Bhadas for media and other websites. 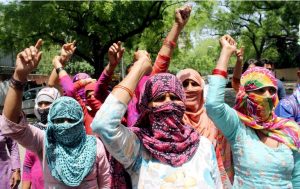 Friends, this is the season of elections. Haryana is being ruled by a Congress government. Socially boycotted by the Jats, the Chamars and Kumhars of Bhagana have been forced to live outside their villages for more than two years. The members of the Dhanuk caste did not leave their villages despite the boycott. The four girls, two of whom are sisters, are from Dhanuk families. After being abducted together on 23 March, for two days, a dozen men gang-raped them. This was the horrific punishment for not complying with the diktat for boycott. FIRs were lodged, statements under section 164 of the CrPC recorded, medical examination done. Everything is on record. In this situation, was it not your duty to ask top Congress leaders how the Dalit-OBCs were being treatedunder the party’s rule? Should you not have asked them on what basis are they seeking the votes of the Dalits and OBCs? Shouldn’t you not have asked the BJP leaders, tom tomming Modi’s OBC credentials, why they have been ignoring the series of incidents of rapes of Dalit and OBC girls in Haryana for the past four-five years and why their politics is still centred on the appeasement of Jats?

“Bhai, at least now you can tell us who is the aam aadmi?” – you could have well asked Arvind Kerjriwal. Incidentally, Kejriwal hails from Hisar district and both Bhagana and Mirchpur are in Hisar. Have you ever seen AAP raising any issue related to the Dalits of Haryana? And, mind you, Yogendra Yadav, AAP’s probable chief ministerial candidate for Haryana, has been repeating ad nauseum that in Delhi, the party got the highest number of votes from areas where the poor, the Dalits and the OBCs reside in sizeable numbers. Why don’t you ask him if this was how AAP was rewarding the Dalit-OBCs for voting for the party? Why hasn’t a single MLA from AAP, which usually launches agitations at the drop of a hat, cared to visit Jantar-Mantar? Why did AAP’s socialist professor, Anand Kumar, not attend the meeting convened at JNU on 19 April to get justice for these girls, even though he was invited and was on campus at the time?

Friends, there is still time. Bhagana’s Dalit daughters are still waiting to be heard by you at Jantar-Mantar. 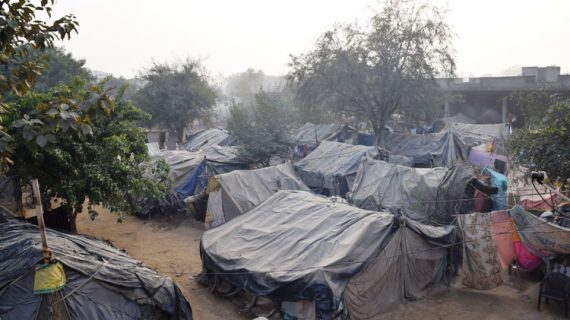 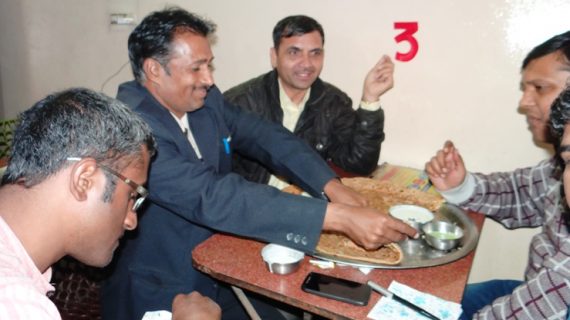 Will Haryana’s deprived get their share in the giant ‘paratha’ of prosperity?

Using the famous giant parathas of Rohtak as a metaphor, Anil Kumar contends that only a united front of all the deprived, including the most backwards and Ati-Dalits, can fetch them their due share in the resources