NEW DELHI: Dalit Dastak is not merely a magazine. It is a movement. It is not the magazine of any one person. It is a joint endeavour. Through its articles and editorials, the magazine has critically analyzed the past, present and future of the BSP and other Dalit political movements. This was stated by chief guest Prof Vivek Kumar at a function at Constitution Club on 29 June. Dalit thinker H.L. Dusadh said that though there were many Dalit magazines in the country, in his view, only two – FORWARD Press and Dalit Dastak – were of any consequence. 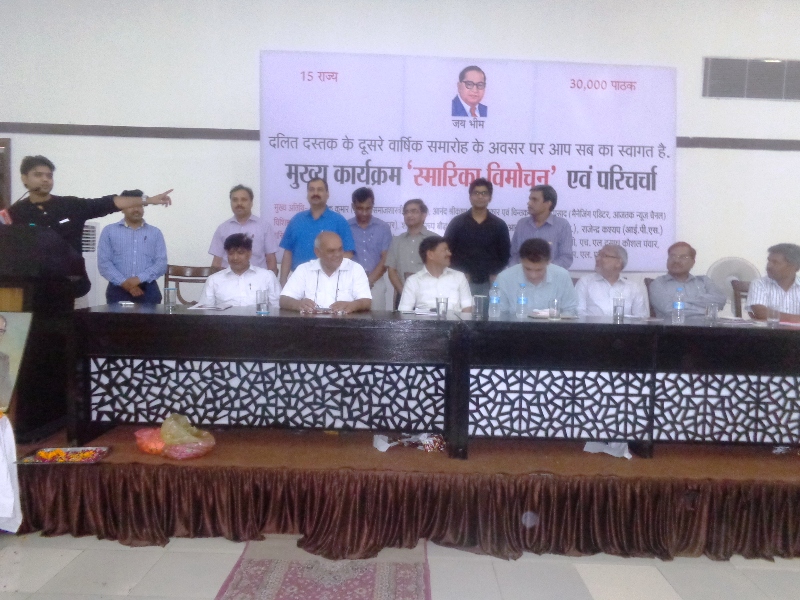 Ashok Das expressed his gratitude to the patrons and readers of Dalit Dastak. The programme was also addressed by Anita Bharati, Bauddhacharya Shantiswaroop Bauddha, Prof Kaushal Pawar, Jaiprakash Kardam, Amit Parihar, Ramkumar Gautam, J.C. Adarsh, Devmani Bharatiya and Rajendra Kashyap. Anand Shrikrishna, who chaired the programme, said that individual-centric approach weakens any movement: We should avoid hero worship and if any movement is to be taken forward, it has to become a joint endeavour. The programme was conducted by Puja Rai and Vinod Arya.