In my last editorial I wrote, “The Brahmanical writing and rewriting of ‘history’ has been an ongoing project”. Little did I imagine that this editorial would be a sequel. But then, if the saffronization of India’s history and education during NDA-1 was only part 1 in the Sangh’s agenda, we should not be surprised by NDA-2 picking up the same old agenda. We are not. It is just the unseemly haste with which both the RSS affiliates and the Modi sarkar have gone about it.

Under the current RSS-BJP dispensation the rewriting of Indian history is becoming a cottage industry. At around the time of writing, it has been reported that the RSS, as part of its preparations to celebrate its centenary in 2025, has launched a 10-year project to rewrite Indian history based on the Puranas. “History is just history and the Puranas are the main source of history in India,” the organising secretary of the Sangh affiliate Akhil Bharatiya Itihaas Sankalan Yojna (ABISY) is quoted as saying. If the Sangh historians treat the Puranas as gospel truth then the gods help us!

Our cover story this time is by Ram Puniyani. For many years now he has been a tireless champion of the secular character of our republic particularly against the majoritarian threats of the Sangh Parivar. Within the limited confines of the cover story he sketches the broad outlines of the Sangh’s emerging agenda to ultimately redraw the social and cultural map of India.

Meanwhile, the BJP itself is committing to redrawing the political map of India. The American adage “follow the money” can now be adapted to “follow the polls” as a predictor of communal hotspots – manufactured or fanned into full flame – to yield the majority votes. Developed in the laboratory of Modi’s Gujarat, perfected by Shah in UP – now coming to a poll-bound constituency near you. Anil Alpah’s article shines the spotlight on several cases from post-Lok Sabha communal incidents in UP. Will we be seeing a whole new politics of poll-arization? Bahujans be warned: in most cases, you will be the target of the RSS-BJP’s divide and conquer, use and abuse campaign.

Meanwhile, the Bahujan regional parties are still trying to find their feet after being swept by the Modi tsunami. HL Dusadh looks at the coming together of Nitish Kumar and Laloo Yadav for the upcoming Bihar bye-elections. Though he seems to agree with Laloo – that Mandal is the only antidote to the BJP’s kamandal politics – I have my doubts. At the risk of sounding heretical, all the Bahujan parties have thus far been too intellectually lazy to come up with fresh, holistic reconstruction of the politics of social justice in post-Modi India. Where are the Bahujan ideologues and will the Bahujan netas listen to them?

Even among Bahujan intellectual and ideologues, how many have read the writings of Mahatma Phule? Scholars have not invested in researching and translating his major works into Hindi and other major Indian languages, as has been done with Ambedkar’s. This month, as we celebrate the founding of the Satyashodak Samaj, let us commit ourselves to this task as a part of truth-seeking, following in the footsteps of the Mahatma who trashed the Puranas as brahmanical lies to ensnare and enslave the Bahujans. 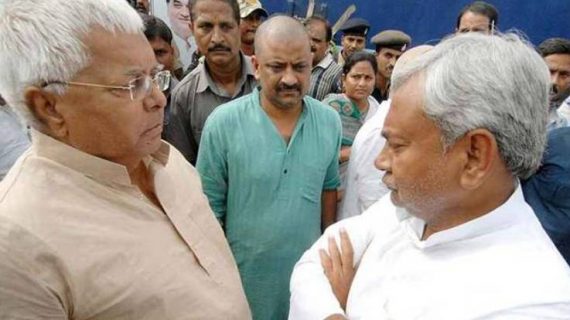