The success of the fourth Children’s Drama Festival and second Dr BR Ambedkar Drama Festival held at Lucknow recently have come as a reassurance that Bahujan theatre has a bright future. Shyam Kumar, a young theatre artist committed to the Ambedkarite mission, has been toiling incessantly for giving a new dimension to Bahujan theatre through Bharatiya Bahujan Drama Academy, which he founded in Lucknow a couple of years back.

Shyam hails from the backward Dhanuk caste. Initially, he was active in the sports arena. However, deeply influenced by the thoughts of Dr Ambedkar, Shyam Kumar wanted to do something more for his community. He zeroed in on theatre as a vehicle for propagating the Ambedkarite ideology and, in 1996, he got associated with the world of drama. He began by working with various theatre groups. He learned the finer nuances of the art by joining the Rang Vidushak Rangmandal of Bansi Kaul of National School of Drama at Bhopal. He worked for a year with Kaul in 1996-97. Thereafter, he joined the Bhartendu Drama Academy, Lucknow for a year. He got an opportunity to participate in the World Performing Arts Festival, held at Lahore in 2005. There he essayed the role of the protagonist in the drama Begum Aur Baghi (The Begum and the rebel) and his son Manvendra Kumar played the role of the Begum’s son. 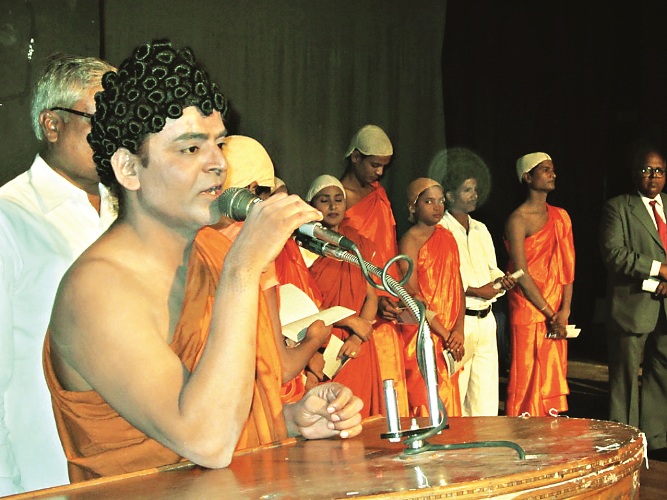 But working with these groups did not satisfy his creative urge. He was always restless and wanted to do something to associate Babasaheb’s ideology with theatre. In pursuance of his objective, in 2004, he established the Samyak Natya Sansthan. The objective was to provide a platform to Bahujan writers, directors and actors committed to theatre. Also, he wanted to involve the common man with theatre by
staging well-produced, purposeful plays. In addition,he tried to ensure that plays based on novels, stories and issues centered on the deprived section of the society were produced and staged. His group has been
staging plays in the Lucknow drama fest every year. In order to expand his work, in 2011 he established the Bharatiya Dalit Drama Academy. This year, he re-named it Bharatiya Bahujan Drama Academy.

Shyam’s organization has earned a name for itself in Lucknow for bringing social problems to the fore through theatre. He has also staged plays at several places outside Lucknow. A play Dom Pehelwan, which was directed by him and in which he played the central character, was staged at the International conference organized by the Centre for Dalit Literature and Art, New Delhi in 2012. His play Comrade Ka Baksa drew wide appreciation at the Ambedkarite Yuva Sahitya Sammelan held at Yavatmal in Maharashtra in 2012. He has also worked in many TV productions. Among them is Hum Bhee Insaan Hain (Tele-film), Apne Huye Paraye, a documentary on Sajjad Zaheer and a play based on Jaishankar Prasad’s story Gunda. His wife Archana Arya has worked in Sarson Ke Phool and Phaans – both produced for TV. He has been conferred with Yuva Rangkarmi Samman, Samanvay Sewa Samman, Dalit Rangkarmi Evum Samajik Utthan Sewa Samman, Yuva Ambedkarite Natya Nirdeshak Samman and Rashtriya Yuva Natya Samman. 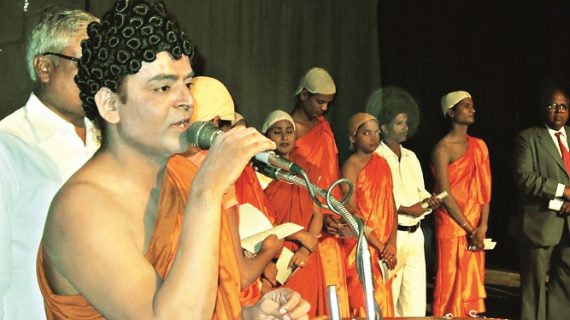 Shyam was always restless and wanted to do something to associate Babasaheb’s ideology with theatre. In pursuance of his objective, in 2004, he established the Samyak Natya Sansthan 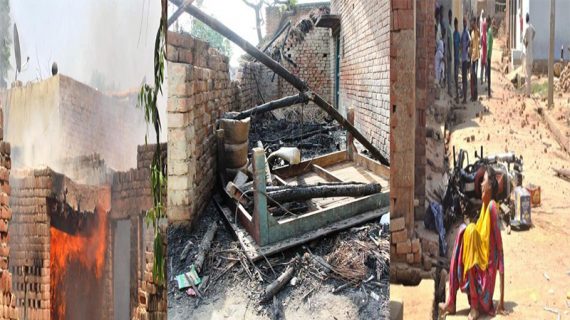 Dalits' economic progress, not their caste, came under attack in Saharanpur

The message that has gone out from Saharanpur to the rest of India is that the Scheduled Castes won’t settle for anything less than respect and equality in society and that they want to live with their heads held high. Reservations in government jobs, elections, government contracts and petrol and gas dealerships, along with economic liberalization, a developed transport system and a vibrant media, among others, provide the physical basis to their desire for respect and equality