In these times I cannot help but remember the great actor Charlie Chaplin, who challenged the biggest dictator of his time – who, rising from poverty and hardship, immortalized human emotions through his silent acting. But when he spoke, dictators shook in their boots. Someone once asked him, “Why are you against Nazis?” Charlie Chaplin answered, “Because Nazis are against humanity”. “Which means you are Jew?” Chaplin replied, “It is not necessary to be a Jew for being anti-Nazi. If you are an aware human being, you are bound to be anti-Nazi.” Today, we all need to repeat Chaplin’s assertion in a chorus. We all have to declare from the rooftops that we are against the assaults on the freedom of expression. All of us who are battling these dark times should know what the dictator is most afraid of. He is most afraid of the freedom of expression. Had that not been so, why would a newspaper office be raided? Why would the Facebook comment of a little girl make him panicky? Why would he fear a cartoon? 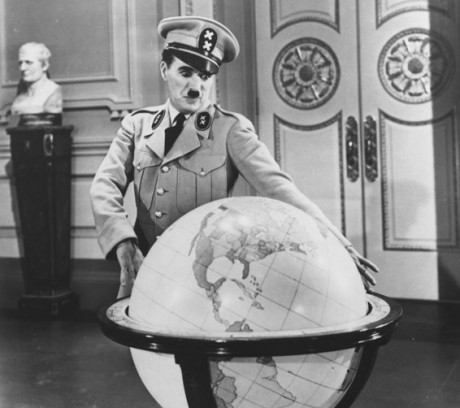 How should one look at these developments? For people like me, they are a warning of things to come. When the ruler becomes a despot, all rights of the people are extinguished. The dictator liberates himself but enslaves the people. Is it not an irony that a government tainted with serious charges of communalism – a government that is surreptitiously patronizing the forces of Hindu nationalism – rides to power through democratic means? Neelanjan Mukhopadhyay, journalist and writer of Narendra Modi: The Man, The Times, told an interviewer, “Had the 2002 riots not taken place, today Narendra Modi would have been rotting in the debris of history. I believe that Modi could never have won the Gujarat elections but for the post-Godhra riots. Whatever Modi is today, it is because of the Godhra incident.” Neelanjan Mukhopadhyay’s claims are not baseless. Today, underneath the surface, every part of the country is simmering.

Post-Independence, India has witnessed an unprecedented ascendance of communalism. The social space is being poisoned and violence is being whipped up over religious places of worship and religious symbols. Love is yielding place to hatred. Terms like ‘Love Jihad’ have been coined to exacerbate communal tension. Aggressive politics in the name of ‘Love Jihad’ is being exported from the southmost India to the north. NGOs, newspapers, magazines and various art forms are under keen surveillance. Organizations like Green Peace, which have been working for a safer environment globally, are being suppressed. Many other NGOs are being targetted for being anti-development. Development should mean that no Indian should sleep on an empty stomach, no one should be deprived of a roof over his head, everyone should be justly compensated for his labour, no one should be discriminated against on grounds of religion or caste and no one should suffer for saying what he believes to be true. Is our development ensuring all this? If not, our concept of development is greatly flawed.

Any developed country should and has to ensure freedom of expression. We should learn from our past. If speaking the truth entails danger, we have to be ready to face it. The great scientist Galileo did not agree with the Earth-centric view of the universe, propounded by the disciples of Aristotle. Galileo proved that the Earth goes round the Sun and not vice versa. He was ridiculed and persecuted but he stood his ground. He took on the Church, which was opposed to the idea of a Sun-centric Universe. The Roman Catholic Church was livid. It accused Galileo of blasphemy. Why? Because Galileo had emerged as a threat to the power of the Catholic Church. The Church wanted him punished with death.

World history is replete with such instances – with stirring tales of people who challenged the establishment for the sake of truth, of people who preferred to die rather than recant. This is our world. We have built it. I can say without an iota of doubt that dictators have always lost to humanity. They always will. In these difficult times, for people like me, films like The Great Dictator are a beacon of hope. As also for all those who believe in the inviolability of the freedom of expression. 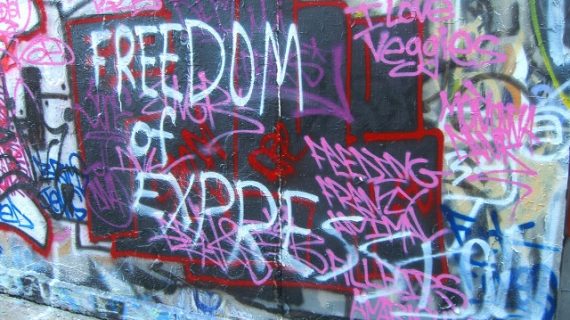 The manner in which Facebook has cited its own rules to defend its action against National Dastak amounts to unauthorized intervention on our Constitutional right to freedom of expression, and we condemn it. We would also like to know how many of Facebook’s employees in its India offices believe in Phule, Ambedkar and Periyar’s ideology