The saffron assault and police action on FORWARD Press for publishing the Bahujan-Shraman special number (October 2014) is an undemocratic attempt to crush the voice of the Bahujans. The magazine sought to expose the hypocrisy and duplicity of the Brahamanical myths using Mahishasur as a case study. The leftist and Bahujan students resolutely resisted this wanton assault and there were sharp reactions in the social media too. We are fortunate that we were born in this era of science and technology.

All democrats and believers in scientific reasoning should be conscious of their rights and duties, and both individually and collectively oppose any illegitimate attempt at suppression – whether by the government or by any other group or forces. We should have faith in human capability and hard work and should not blindly adopt traditional modes of behaviour, based on imagination or myths. This is what being educated means. Unfortunately, in this country, there is complete freedom to propagate religious superstitions while there are innumerable hurdles in the path of anyone who tries to spread scientific and reason-based thoughts.  We need to take the positive, useful things from our past, our folktales and myths, expel the superstitious beliefs from our minds, and stop banking on divine miracles. We should make the common man aware of these dangers, unshackle their minds and hearts, and cleanse our cultural space by throwing away the worthless gods, goddesses and symbols. 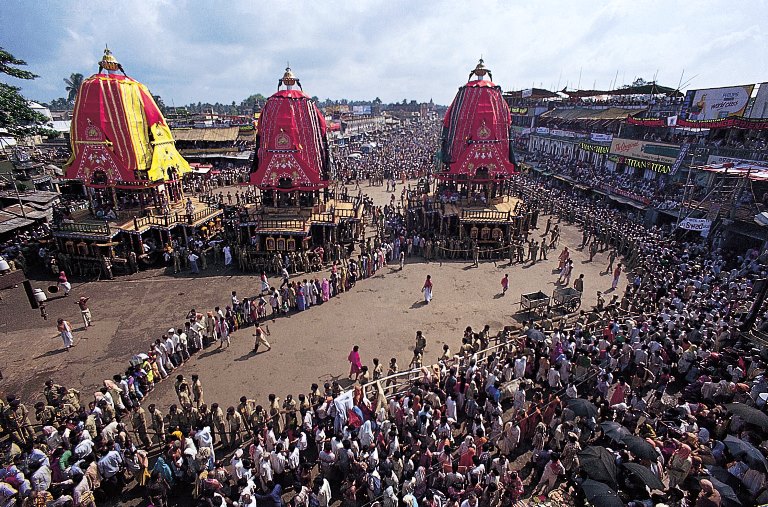 We need to get rid of the Brahamanical-feudal yoke if we want to make our society healthy and just. The Bahujans should not look to popular gods and goddesses and traditional beliefs for strength but rather understand that the projection of these gods and beliefs is a part of the politics of dominance of the Sanatans, Brahmins and Savaranas. The calamities striking our country at regular intervals show that these gods and goddesses will do us no good. What will do us good is humanistic behaviour, sharing each other’s pains and pleasures, and having faith in temporal knowledge and science.

During a TV discussion on the government probe into Aasaram Bapu encroaching upon hundreds of acres of land, a participant said that goons were controlling 80 per cent of the temples in India and that the temples were centres of inhuman discrimination based on caste and religion and of emotional and superstitious depravities.

In July 2013, a court ruled that holding caste-based rallies was improper and a crime. This judgement was aimed at curtailing a fundamental democratic right of the Bahujans. Unless and until the Bahujans unite, the Dwijs will continue to lord over the Bahujans – as has been happening for centuries. The Bahujans form 90 per cent of the population but the 10 per cent Savaranas control most of the country’s resources, power centres and decision-making positions. This has been achieved purely through casteist mobilization. Marriages are held between persons of the same religion and caste. Such marriages are advertised. Feasts open to only people of particular castes are organized. Opportunistic and selfish politicians take part in Iftars during Ramadan even though they do not observe Roza. Pujas are performed in government offices, coconuts are broken, conch shells are blown, Vedic mantras are recited, namaz is offered. Can’t our courts see all this? Don’t they find these activities unconstitutional, anti-secular and improper? The Indian courts should ban all public expressions and actions actuated by vested interest, and discriminatory casteist and communal practices. They should not be selective and biased. Judgements should not be based on convenience.

By considering Mahishasur, Ravana, etc as humans who lived on this Earth sometime in the past, one is not accepting myths as truths, but is, in fact, denying them. When you are accepting Mahishasur as a human, you are, in fact, dismissing Durga’s divinity. We want to build a new culture of faith in which all gods and goddesses would be dismissed. This new culture would grow on the grave of divinity. The divine entities would be tested through scientific enquiry and rejected. An analysis of Mahishasur’s myth would lead one to the inescapable conclusion that he was a Bahujan hero; that he came from the deprived classes and battled Durga, a symbol of the contemporary dominant and ruling classes; and that Mahishasur was killed by deceit. Other such people’s heroes from the myths are Shambuk and Eklavya, who built their path to success themselves. Though the odds were stacked against them, they won through their hard work and talent.

Those who were unable to stomach our new analysis of the myths got hopping mad and, instead of coming up with a rational counter-view, chose to attack us. They should be asked that when the police and the judges have no problem with a god being half-man, half-elephant, when they see nothing wrong in divinity being conferred on a monkey, why can’t we consider Mahishasur a demon and still believe that he was human being? Is there any scientific evidence that a species called demons ever inhabited this Earth? It is time that Indian society faced up to the facts in a new scientific light and gave up its addiction to oppressive unscientific myths. 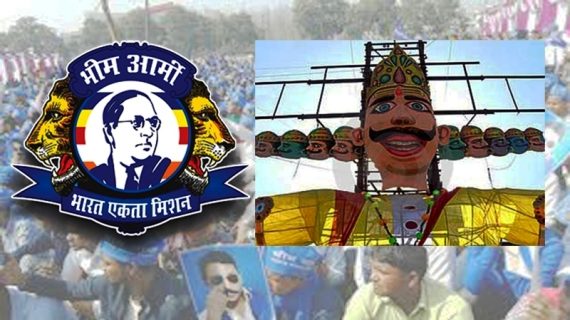