More than a hint of institutionalized patriarchy and misogyny can be seen in some of the recent judgements of various high courts. It is alarming that the judiciary, which is the last hope of the citizens, can be seen time and again being biased against women, consequently discouraging them from seeking legal recourse, which not only adds to their trauma and insecurity but also renders them as second-class citizens.

One common thread running through the high court judgements lately has been their failure to take into account the inherent power imbalance between sexes in the institution of marriage. The Bombay High Court in a recent judgement observed, “If a married lady is asked to do household work definitely for the purpose of the family, it cannot be said that it is like a maidservant. If she had no wish to do her household activities, then she ought to have told it either prior to the marriage so that the bridegroom can rethink about the marriage itself or if it is after marriage, then such problems ought to have been sorted out earlier.” In another instance, the same High Court ruled that a woman who leaves her matrimonial or shared home before divorce can’t claim the right to the residence later, while overturning the magistrate order which directed such a woman’s in-laws to provide her with a room and bathroom in their house. Again, the Allahabad High Court granted bail to a man booked under the POCSO (Protection of Child from Sexual Offences) Act on the condition that he would marry the victim and accept the child as his own. These were a few of the many cases which made headlines recently for the wrong reasons, highlighting the need to revisit the institution of marriage without treating it as something sacred and sacrosanct.

Simone de Beauvoir in her magnum opus The Second Sex offers us the necessity for constantly critically engaging with the institution of marriage. She argues that traditionally, the destiny offered to women is marriage. It is in reference to marriage that women are being defined, even though they may be frustrated by, disgusted at or even indifferent to this institution. Women continue to experience marriage the way de Beauvoir saw it.

Recently, the National Legal Services Authority (NALSA) submitted state-wise data regarding the pendency of disposal of cases under the Domestic Violence Act as of 1 July 2022, noting that a total of 4,71,684 original cases and 21,088 appeals are pending under the Domestic Violence (DV) Act in the country. The National Crime Records Bureau (NCRB) revealed that there was a 25 per cent increase in dowry-related cases in 2021 compared to 2020 (dowry was outlawed in 1961!). Again, according to NCRB, 19 women were killed for dowry every day in 2020. These alarming statistics point to the dismal position of married women.

In India, the institution of marriage has a double-faced nature. It is said that the institution bestows women with security, increase social well-being, love and respect, while it is also often found to legitimize the sexual division of labour, curb mobility and at its worst become a site of violence. Even today, it still accepts acts of violence against women as necessary if women stray from their prescribed gender role.

In a survey, respondents were asked if they agreed that a husband was justified in hitting or beating his wife under each of the following seven circumstances: she goes out without telling him, she neglects the house or the children, she argues with him, she refuses to have sex with him, she doesn’t cook food properly, he suspects her of being unfaithful, and she is disrespectful towards her in-laws. The findings were shocking. Forty-five per cent of women and 44 per cent of men believe that a husband is justified in beating his wife in at least one of seven specified circumstances. This shows how apathy towards women is the norm in our society, which bares its fangs whenever the status quo of power and gender-prescribed roles are challenged. As we saw in the judgements, even the judiciary has not been able to shake off this apathy.

The brute reality remains that a large proportion of women neither have the choice of staying unmarried nor the choice of whom to marry. Building on B.R. Ambedkar’s work, feminist historian Uma Chakravarti holds marriage as one of the instruments for maintaining the caste system which underlines the structural biases of our society. The prevailing menace of khap panchayats and havoc created in the name of love jihad is testimony to this fact. Moreover, a large number of cases of violence against women remains unregistered and unaccounted for due to the conservative outlook with respect to customs, traditions and family; economic dependency on husband; unawareness about legal recourse and procedure; shame and stigma around women who raise their voice; victim-blaming; and so on and so forth. Thus, instead of perpetuating and fueling the same mindset, the judiciary should mindfully assume greater responsibility for bringing about structural progressive changes which will improve the quality of life of the women citizens. 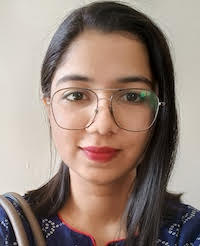