Addressing a public meeting in Valmikinagar on 12 November, Bihar Chief Minister Jitan Ram Manjhi said that the Aryans had come to India from elsewhere. “Savarnas are not the indigenous inhabitants of the country, only tribals are,” he said. When his statement kicked up a row in the media, he explained: “Savarnas are not indigenous inhabitants of India. They have come from outside and settled down here. But this does not mean they are our enemies. Those who came here even 300-400 years ago have become residents of this country. Only Dalits, Tribals and some EBCs are the indigenous inhabitants. You can ask the historians.” He told the Tribals: “You have lost your bearings. You do not know about yourself. You are the original inhabitants of this country. Claim your share in every developmental project.”

After his statement, powerful MLAs of his own party pounced on Manjhi. At the forefront were Bhumihars Anant Singh and Sunil Pandey. Anant Singh even described Manjhi as a “madcap” who should have been admitted to Kanke (a mental asylum in Jharkhand). Sunil Pandey said that since the people’s mandate was for Nitish Kumar, Manjhi should be sacked. Interestingly, both the MLAs who have issued statements on this issue are known musclemen facing dozens of cases of murder. Anant Singh has described himself as ‘literate’ on the website of the Bihar Vidhan Sabha. 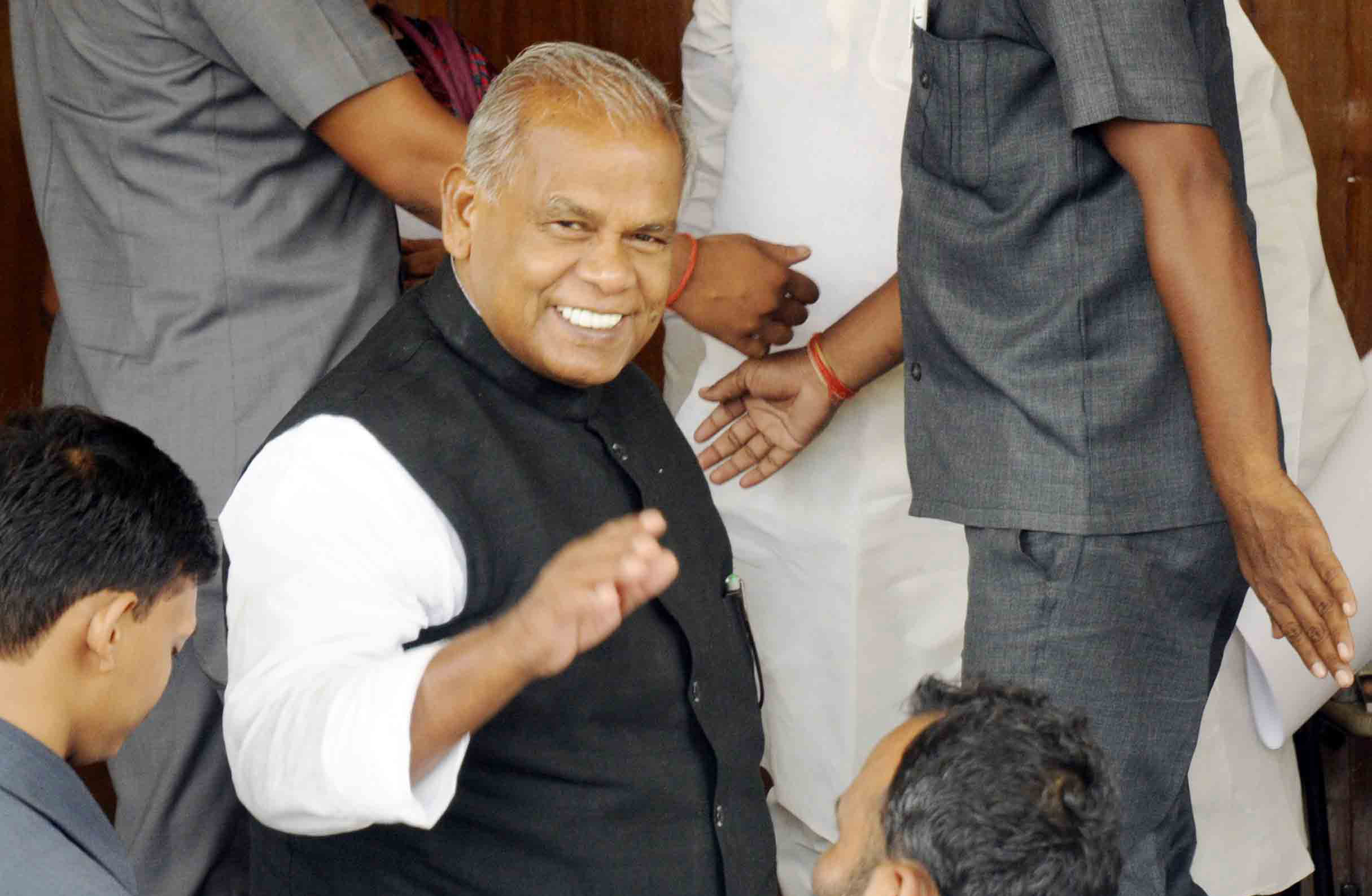 Besides these MLAs, Sanjay Jha, a leader close to Nitish Kumar, said that Manjhi’s statement “was intolerable”. JDU national general secretary K.C. Tyagi urged Manjhi not to “review history”. He also said that Manjhi’s statement had caused immense damage to the party. Numerous court cases were filed against Manjhi in different parts of Bihar. Sanjay Kumar Mishra has filed a case in Bettiah, in West Champaran district, so has Vijay Mishra in Samastipur.

The question is whether Manjhi will be able to to cash in on the “Savaranas are outsiders” statement, just as Laloo Prasad Yadav had gained strength from his slogan “Bhurabaal [Bhumihar, Rajput, Brahmin, Lala] hatao”.

Where did the Aryans come from?

There are differences among the historians about the roots of the Aryans. Some believe that Aryans were invaders and had settled down in the country – that they fought the indigenous inhabitants and overran the cities of the Indus Valley Civilization. Aryan invasion is believed to be one of the reasons for the disappearance of such a big urban civilization. Some archaeological evidence to this effect has been found in Mohenjo-daro, in present-day Sindh, Pakistan.

Barring a few, almost all historians are unanimous that Aryans belonged to some place outside the Indian subcontinent. Max Muller and J.G. Reed were of the view that Bactria, in central Asia, is the native place of the Aryans. Penka said that the Aryans originally lived in Germany while Giles believed that they were natives of the Danube river valley.

Oldenburg, Edward Meir and Keeth have written that the Pamir region of central Asia is the original home of the Aryans while Bal Gangahdhar Tilak said they were from the North Pole.

The question is why the media chose to attack Manjhi when he was just reiterating a historical truth. Has its domination by the Savarnas divested the media of even basic intelligence? Or is it unable to accept a Dalit CM?

In his book Pracheen Bharat Ka Itihaas Tatha Sanskriti (History and Culture of Ancient India), K.S. Srivastava writes, “At least now, we should accept that Aryans were not the original inhabitants of India and that they came here as invaders. The Indus Valley Civilization was different and older than the Aryan civilization. Had Aryans been the original inhabitants of India, they would have first Aryanized their own country. But we find that almost the entire south India does not speak Aryan languages even today. In the northwest, in Baluchistan, Brahui language is spoken, which was a Dravidian language. This shows that the entire Indian subcontinent or at least a major part of it was non-Aryan. This is the most powerful argument to counter the theory that Aryans are of Indian origin.” (Vedic Age, Page 206)