Suryanarayan Choudhary was a diligent and far-sighted journalist with a sharp intellect. He came from the extremely backward Kewat caste of Bihar. He was a socialist and worked for various socialist organizations, spreading their ideas and joining their agitations. Right from the 1974 Bihar agitation, he was associated with the trade union movement. Having quit his job with the railways to serve society, he saw grinding poverty. He was elected a member of the Bihar Legislative Council but passed away before he could make any meaningful contribution. 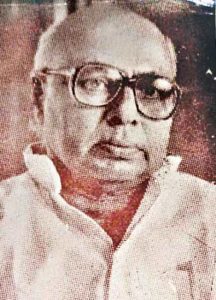 Suryanarayan Choudhary was born on 12 January 1933 in Mirzapur village of Madhubani district and he grew up in an atmosphere where education was not a priority. His father Ramlakhan Choudhary did not get much of a formal education. There was no tradition of reading and writing in the family. Whatever Suryanarayan Choudhary attained in his life was through his own struggle and experience. While studying at Darbhanga College from 1950 to 1954, he chose the ideological path he wanted to take. He became a full-time social worker while pursuing his BA and Visharad course. He joined the land movement launched under the leadership of socialist leader Surajnarayan Singh. In 1969, Choudhary founded a literary organization Rachna in association with Phanishwarnath Renu. Under its aegis, a number of seminars and meetings were organized on literary, social and political issues. During the Bihar agitation, he organized street plays, poetic meets and photo exhibitions.

In 1981, inspired by Karpoori Thakur and in association with Laloo Prasad and JP’s secretary Sacchidanand, he organized the Sampoorna Kranti Evam Quami Ekta Sammelan at Rajgir, bringing litterateurs, intellectuals and politicians on one platform. Having been closely associated with the All India Railwaymen’s Association, he was arrested in 1968 in connection with the strike in the railways and imprisoned. Choudhary was also arrested during agitations against the Press Bill and for implementation the recommendations of the Mandal Commission. In 1986, he was nominated as a member of the state executive of Lokdal. In 1989, he was mercilessly thrashed by policemen during a gherao of AIR and Doordarshan. A year later, he was elected member of the Bihar Legislative Council. He took oath as a member on 7 May 1990, but within a year, on 14 April 1991, he succumbed to cardiac arrest at New Delhi’s Batra Hospital.

Ear to the ground

His reports, interviews, analyses and reminiscences were published in prestigious magazines such as Dinmaan, Dharmayug and Ravivar and in newspapers such as Hindustan, Aaj, Aryavarta, Patliputra Times and Navbharat Times. As an alert social worker, he was deeply concerned about the problems of Bihar. While offering serious analysis, he also discussed national, state-level and local issues. His book Bihar Kee Asmita (Identity of Bihar) is testimony to this. It is one of the rare books that objectively analyzes the political, social and literary-cultural developments in Bihar from the early Sixties up to the Nineties. Some of his interviews, especially those with Karpoori Thakur, Jayaprakash Narayan, and B.P. Koirala, are very interesting. Similarly, his reminiscences of Lohia, Ramanand Tiwari and Renu; his articles Bihar Andolan and Bodhkagaya Ka Bhumi Sangharsh; and his sociological piece Patna Kee Mahilaon Kee Pehchaan Kya Hai (What is the identity of Patna’s women ) were much talked about in their times. He had an extraordinary understanding of literary and cultural issues and also issues relating to social justice. His pieces titled Mithila Ke Lokkathakar Manipadam (Mithila’s folk-tale writer Manipadam), Coffee House Ka Guzra Hua Zamana (The days gone by of the Coffee House) and Mrityu Ke Baad Ka Karmakand (Post-death rituals) are instances of this.

He chose to be a people’s journalist in an era when journalism in Bihar was dependent on state patronage and had a feudal bias. His journalism was about the villages, social justice and ideological commitment. He was perpetually on the move. Today, the identity of Bihar has become an empty slogan, mere rhetoric, but Sachhidanand Sinha and Suryanarayan Choudhary were the first journalists, in colonial and independent Bihar, respectively, to have come up with logical and concrete ideas about the identity of Bihar. In his article Bihar Kee Asmita, Choudhary gave a sequential and logical explanation of how Bihari sub-nationalism came into being. He wrote a report in Dinmaan on Jagjivanram’s parliamentary constituency. The report titled Kya Aap Sasaram Nahi Aayengein? (Won’t you come to Sasaram?) busts many a myth about Jagjivanram. It shows how Jagjivanram, for the sake of votes, worked against his own caste in his constituency.

Choudhary toured many states of India and closely studied the life of the people there. What he experienced has been published in the book Samay Kee Yatra (Journey in time). A series of five stories on Poorvanchal, including interviews and travelogues, was published in Dinmaan. “Being associated with the socialist movement from my student life and impressed by Dr Lohia’s views about Poorvanchal, during my 40-day tour of the region, I tried to comprehend his political, social and cultural life,” he wrote in one his letters. “I don’t know how successful my endeavour has been and how useful you will find this description and report.” Today, the new generation needs this brilliant, committed and thought-provoking journalist more than ever. He can be a beacon for the nation and society in these directionless times. 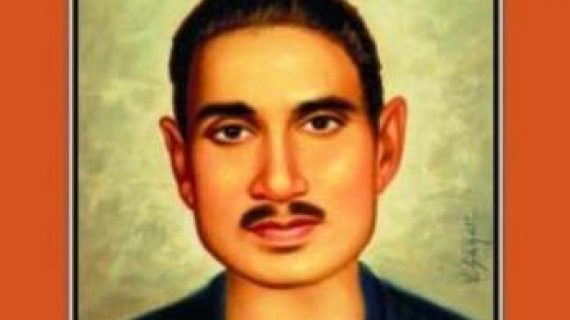 Lalai Singh Yadav was among the few to launch a head-on battle against Brahmanism. Kanwal Bharti talks about his importance and his unique contribution to Bahujan India