No one has to make that effort to remember the important dates in the life and struggles of Babasaheb Ambedkar. It comes to them naturally, be it a highly educated Ambedkarite or a simple Dalit villager. The dates have been etched in their hearts. They eagerly wait for these days year after year. Consider 6 December, the day, in the year 1956, when Ambedkar breathed his last. Millions of people visit Chaitya Bhoomi, in Mumbai, in the first week of December to pay homage to him. Ambedkar’s birth anniversary in April is celebrated for up to two months. A woman from a Maharashtra village begins preparing for her journey to Chaitya Bhoomi 15 days in advance. She visits her parents and braves the cold of the winter and the huge crowds as she arrives, carrying her baby in her hands, at the place where Ambedkar was cremated. 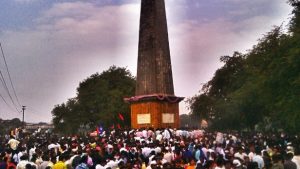 The first day of the new year is no different. For most people, a new year’s resolution and a newfound energy go hand in hand. For the rejected and the oppressed in India, 1 January means much more. They find new strength to live with dignity when they look back at that day when the Peshwa rule came to an end. Under the Peshwas, they weren’t just untouchables, they were “unseeables”. These rulers even cursed their shadows. They destroyed generations of Dalits. The first day of the year 1818 marked the end of Peshwa dominance as the British flag went up, thanks to the bravery of Mahar soldiers.

Captain Francis Staunton had 449 Mahars and a Matang, who were outcasts in the Peshwa-led Brahmanical society of the time. The huge army of the Peshwa was crushed by these 450 soldiers. The army of the Peshwa fought for food, clothing, shelter – for them, it was just another day at work. However, for the untouchable soldiers, it was a fight for dignity. It was a fight against slavery under the Peshwa. The Peshwa’s numbers were no match for the moral courage of the Mahar soldiers. Until the first day of the year 1818, these untouchables hadn’t felt that joy of defeating an entire social order that had reduced them to slaves. It is proof that the people who have a dream will find a way of making it come true. Society, after all, is a collection of people with different mindsets, the few who nurture a dream and the many who live meaningless lives.

The Peshwa’s soldier was a free man. Unlike the untouchables, he had never experienced oppression and slavery. The untouchables knew there is nothing worse than the darkness of slavery and nothing better than the light of freedom. These 450 men fought for freedom from the slavery at the hands of the Peshwas. They were not selfish or cunning, and hence commanded respect from the British, who built a victory pillar in the memory of the soldiers who supported them. This pillar stands even today in Koregaon, the place where the battle took place, and the names of the brave Mahar and Matang martyrs have been engraved on it.

It was on 1 January 1927 that Babasaheb visited Koregaon for the first time. For the rest of his life, Babasaheb, who loved to say “we are not foxes but lions”, visited this memorial for the “lions” almost every year. Now, on every New Year’s Day, his followers throng to the battlefield where their ancestors attained glory. 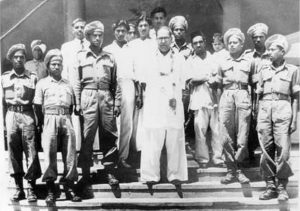 But on 1 January 1927, when Babasaheb spoke at Koregaon, he didn’t just reflect on the bravery of the Mahar soldiers. He took the opportunity to attack the British government’s ingratitude. The untouchables whose forefathers had fought bravely and given their lives for establishing British rule were being denied recruitment in the army. He said this was a kind of deceit. Mahar soldiers fought the Peshwa because he and his predecessors had treated them worse than dogs. It was to bring an end to the Peshwas’ inhuman ways that the Mahar soldiers had stood with the British. But then, instead of thanking them, the British had taken away their weapons and their right to join the army.

A little later, on 14 February 1927, the British government appointed Babasaheb as a member of legislative assembly of Bombay. Then from 19-20 March, he led the Mahad satyagraha. Babasaheb was no longer a common citizen, and the administration, including the district collector and police, was forced to show him respect. Thus that visit to the Koregaon Victory Pillar on 1 January 1927 paved the way for more mass movements. So, it was after that day, when Dr Ambedkar stood next to the pillar and spoke, that every untouchable came to know who he was.

Since that day, every New Year has begun with a new zeal for social revolution. The tradition of meeting at Koregaon on 1 January has continued unbroken. Soon the other anniversaries followed: the Kalaram Temple entry satyagraha on 2 March, Mahad satyagraha on 19-20 March, Babasaheb’s birth anniversary on 14 April, Babasaheb’s conversion to Buddhism and rejection of Hinduism on 14 October, the Constitution Day on 26 November, Babasaheb’s death anniversary on 6 December, the burning of the Manusmriti on 25 December. These are some of the dates Ambedkarites have not forgotten to this day.

But it is not all just about remembering; it is about remembering in a way that honours Ambedkar and the martyrs of Koregaon. An Ambedkarite makes it a point to visit the memorials. Unfortunately, they show up not as a follower of Babasaheb but as a representative of their parties. They organize open-air meetings and promote their own selfish agendas, bringing disrespect to Babasaheb’s exhortation to “organize”. Be it in Koregaon or Chaitya Bhoomi, the truth is Ambedkarites gather to remember his remarkable legacy. But the parties, taking them to be their mob, hold their meetings. This is an insult to Babasaheb. On the last Ambedkar death anniversary (6 December 2014) members of two different Ambedkarite parties got into a fight.

In front of Koregaon pillar we see different groups conducting meetings, each with their own agenda. This shows, more than anything else, that we aren’t organized. On that day, nearly two centuries ago, 450 soldiers unitedly fought the Peshwas. All of them had one, common agenda. Today, we should come together and be “organized”, and truly honour Babasaheb and his legacy. 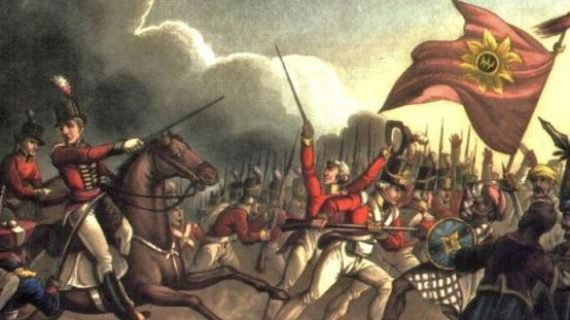 Ambedkar, himself a Mahar born in Mhow to a retired army subedar, visited the Koregaon memorial on 1 January 1927. Today, thousands of Dalits visit the memorial every year to commemorate the valour of the Mahars who helped overthrow the unjust Brahmanical rule of the Peshwas 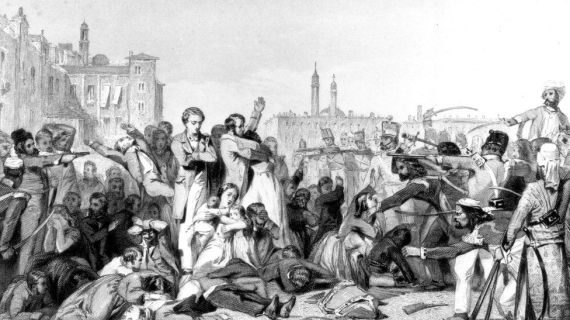