The results of assembly polls in five states, announced on 8 December 2013, triggered a mild political tremor in the country. Till now, the talk of “Modi wave” was up in the air. The results brought it on the ground. All players in the political arena realized that the Gujarat chief minister and BJP’s prime ministerial candidate had, indeed, generated a wave. The people of Madhya Pradesh and Chhattisgarh – which were one state till 13 years back – renewed their mandate for the BJP for the next five years. In Rajasthan, the Gehlot government was drubbed soundly. Mizoram did fall into the Congress kitty but that victory could hardly save the Congress from acute embarrassment. That is partly because north-eastern states simply do not count for most of us. This is an unfortunate truth.

An analysis of the poll results in MP, Chhattisgarh, Rajasthan and Delhi is bound to have political implications. It would not be entirely wrong to consider these results as a snapshot or semi-finals of the 2014 General Elections. 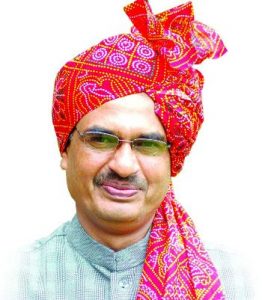 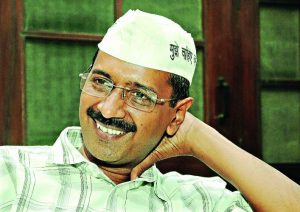 In these four states, the BJP won 407 seats while the Congress had to remain content with only 125. Together, the four states have 590 Vidhan Sabha and 72 Lok Sabha seats. All these states are Hindi-speaking and may impact other Hindi-speaking states like Uttar Pradesh, Bihar, Haryana, Jharkhand, Uttarakhand, etc. If we add Maharashtra, Gujarat, Goa and Punjab, where the BJP and / or its allies have a formidable presence, we have an area which has 314 Lok Sabha seats. If one projects the assembly polls results of the four states to this area, it seems that the BJP may end up with around 225 seats from here in the 2014 General elections i.e. 225 of 314 seats. States like Andhra Pradesh, Karnataka and Tamil Nadu are not included in this calculation. And this, when the BJP had to face a tough challenge from the Aam Admi Party (AAP). It is also important to note that in all these states, the parties classified as ‘Others’ have been considerably weakened. Hence, it would not be entirely out of place to suggest that in the General Elections, parties like BSP, SP, RJD and JDU may lose ground. If not forever, at least for some period, these parties may get marginalized. BSP supremo Mayawati has already expressed her disappointment with the poll results.

I have been insisting from the very outset that Narendra Modi’s challenge should not be taken lightly. After these Vidhan Sabha polls, the challenge may start taking the shape of a wave. It would be futile to adopt an ostrich-like approach and deny the existence of something that is very palpable. 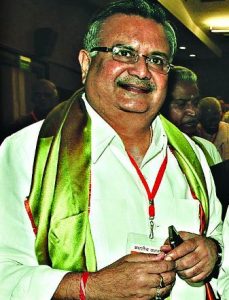 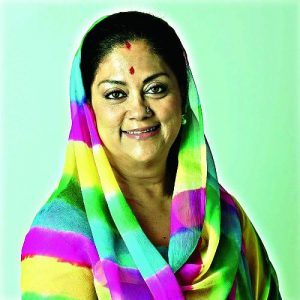 The Delhi poll results stand out from those of other states. The ruling Congress could win only win 8 seats in the 70-member House. The Bharatiya Janata Party won 31 and a brand-new party – which emerged out of the womb of an NGO movement barely six months back – won 28 seats. This is nothing short of a miracle. It is not that no party has attained dazzling success in its maiden poll effort. At the national level, the Janata Party had done it in 1977 and at the state-level, the Telugu Desam Party in 1983 in Andhra Pradesh. But these parties had charismatic leaders like Jai Prakash Narayan and NT Rama Rao.

The factors that led to the spectacular success of the Aam Admi Party are yet to be analyzed but one rather surprising fact is that the success was achieved without any charismatic leader or powerful ideology. It was a David versus Goliath battle – a new political experiment – which even JP could not conduct successfully. Arvind Kejriwal, a government servant, joined hands with unknown and ordinary-looking fellows and forged a party within less than a year. Kejriwal had to even face the ire of an oven-fresh  charismatic leader Anna Hazare. The latter even objected to the use of his name. It was felt that Anna’s public expression of displeasure would put paid to the political ambitions of Kejriwal. None of the pre-poll surveys, except the one done by itself, had good news for AAP. And then came its dazzling success. It definitely surprised me (and probably Anna too). 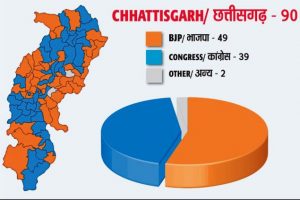 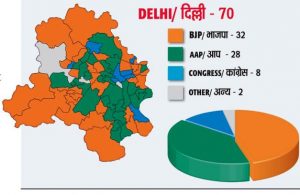 What is the secret of AAP’s success? I may be wrong, but I want to share my assessment with you. AAP has achieved success in Delhi – a metropolis, which is the home to people from all parts of the country. The educated generation of the priestly-feudal families of villages and small towns has implanted itself in Delhi as the middle class. For it, caste is no longer as important. This is not to say that the caste identity has dissipated. It has not. It is very much there but it has got merged into broader class categories. Thus, all upper castes are bunched together; all backward classes have been placed under a common category of OBCs while all SCs have been given a joint identity of Dalits. Their culture and their aspirations have also changed. But one thing that is common for all caste groups across the board is the lack of thought, which has been substituted by sensitivity (some friends may object to this). Their sensitivity is also linked with their self-interest. For instance, last year, this sensitivity manifested itself as a powerful agitation on the Nirbhaya issue. One of the reasons behind the collective outpouring of anger was that there was a girl in every home. 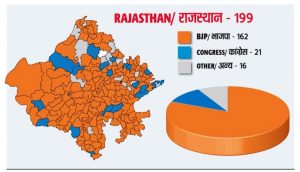 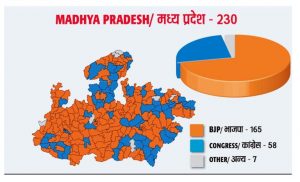 For a metropolis like this, a sham and devious ideology like secularism holds no attraction. The people of Delhi know that the Congress, which brands the BJP as communal day in and day out, is the party that orchestrated the massacre of thousands of Sikhs in 1984 and even justified it by drawing parallels with the fall of a big tree. Real secularism is that of the common man who is worried about inflation, ration card and spiralling prices of petrol and diesel. He is worried about law and order and fears goons and terrorists. If the governments give him relief only on these fronts, he will manage the rest himself. The common man knows what kind of people are joining politics. It is natural for him to get disgusted with this kind of politics. It was this disgusted, cynical and apprehensive common man who voted for AAP. The support base of AAP included the class which polished shoes on the streets during the anti-Mandal agitation in 1990. It has learnt much in the 23 years since Mandal. Now, it has no problems picking up the ‘broom’.

AAP successfully bridged the gap between the middle and the lower classes. And this was not done using any conventional ideology. It was achieved through shared sensitivities and that became Kejriwal’s strength. I believe that but for the Modi wave, AAP would have secured around 40 seats. You can also put it in another way: that but for AAP, Modi would have drubbed the Congress in Delhi as well. In Delhi, the AAP was pitted against the Congress and Modi against the AAP.  Had it been the pre-Modi BJP, the AAP would have given it a severe drubbing. But Modi wave was evident in Delhi as well and that saved the BJP from embarrassment. AAP forced both the BJP and Congress to adhere to certain moral principles and both have admitted it indirectly. This is a welcome development. AAP has come like a fresh breeze but how long will it last remains a moot point. Even AAP’s surveys show that 35 per cent of its voters would like Narendra Modi to be the country’s next Prime Minister. This means that there is a common ground between AAP and BJP voters. The impact of this common ground would become visible in the LS polls.