(All risks of expression must now be taken
All power centres, strongholds razed)

These lines of Muktibodh are very relevant today. After their coming to power, the manner in which the Hindutva forces have begun suppressing thoughts and expressions unpalatable to them deserves outright condemnation. The action against FORWARD Press was patently unconstitutional. Since the basic character of the Hindutva forces is anti-constitutional and anti-Bahujan, such things can be expected from them. After the BJP took over the government at the centre, the casteist and fascist elements have shed their veneer. The history of the BJP and the Sangh is replete with instances of the use of strong-arm tactics against ideological opponents. 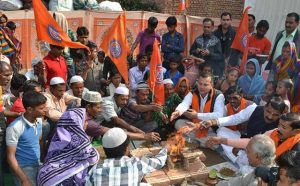 What Ambedkarite writer-critic Professor Tej Singh wrote in the editorial titled “Cultural Nationalism of Hindutva” in Apeksha, January-March 2004, needs to be repeated. “We have seen the fascist onslaught in Gujarat under the leadership of Modi,” He wrote. “Now, the same process is being repeated in two other states – Madhya Pradesh and Rajasthan. The BJP is ruling in all these three states and is resorting to cultural terrorism to browbeat writers. Cultural terrorism is a very apt word to use for the series of assaults on writers and artistes. The custodians of culture need only an excuse, and cultural events provide that excuse to them.” This editorial from ten years ago could well have been penned today.

The police and administration are not in a position to guarantee that such events will not be repeated in the future. As the ideology of the Sangh-BJP increasingly becomes the ideology of the government, the freedom and liberties of Dalits, OBCs, minorities and intellectuals will come under growing threat. This is inevitable as the Bahujan culture has been the target of Brahmanical culture for centuries.

In the same editorial, Prof Tej Singh makes it clear that “Shraman culture is the original culture of India – it is the culture of the Dalits-OBCs, who are the original inhabitants of this country. The Brahmanical culture belongs to the invader Aryans, who came from abroad. In fact, barbaric and uncivilized people do not have any culture. They are assailants first and assailants last. What they have are barbaric and cruel thoughts and behavioural patterns, which improve a bit when they come in contact with other cultures. The barbaric, violent and uncivilized Aryans became somewhat civilized on coming in contact with Shraman culture, but they have yet to shed their violent nature.” Evidently, they have not. And that is why, in the future, Bahujans should be ready to hit back. As more and more states come under the sway of the ruling party at the centre, the danger will grow.

Today, the dividing line between culture and religious and political power structures have blurred, and the policies of a particular political party are becoming the policies of the government. Obviously, these are difficult times. Prof Tej Singh wrote, “Religion and culture make an explosive combination. It gives rise to religious fanaticism and communalism. Today, the forces of Hindutva are fomenting communal hatred and enmity by linking religion with culture.” That helps them strengthen their dictatorship. Their ideology lays emphasis not on unity but on uniformity. Religious and cultural homogeneity is dangerous for democracy and national unity. “The Hindu Mahasabha might no longer be in existence but its successor – the RSS – is nurturing Hindu nationalism, which it has rechristened as cultural nationalism,” Prof Tej Singh wrote. “That is why, its political arm, the BJP, has defined cultural nationalism as ‘one nation, one people, one culture’ in its political manifesto – a phrase which echoes Hitler’s slogan ‘Ein Volk, ein Reich, ein Fuhrer’ (One people, one empire, one leader).” 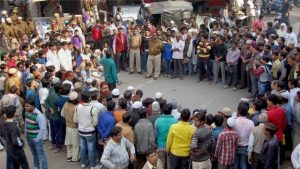 Today, the conditions in India are similar to those in Gujarat of 2002, when, it is widely believed, communal riots were engineered in the state with the active connivance of the administration. A cocktail of religion, culture and nationalism was whipped up to fuel the communal cauldron. Today, the need of the hour is for secular, democratic, progressive and leftist forces to close ranks and face the challenge unitedly. Consistent efforts need to be made to protect the country’s constitutional structure, liberty of thoughts and expression and the space for democratic debate. In the words of Agneya, “Liberty is not a static or immoveable thing. It is not a gem or a property that, once acquired, can be stored in some safe place. In contrast, liberty is something which demands consistent innovation, exploration and struggle – so much so that this exploration and struggle and the insatiable thirst for liberty can be described as its essence.”

The current dispensation is swallowing dissenting thoughts and symbols like a black hole. It is gnawing at the freedom of thought and expression. The Bahujan community and other comrades with shared interests should be cautious. This is the time for a joint struggle. It is now or never.

A few lines of poet Mahmoud Darwish are worth quoting here:

(The earth is closing in on us,
We are being pushed to the last door,
Our bodies are getting bruised in the attempt to get away,
The earth is squeezing us,
I wish we were grains of wheat growing on it,
So that we could attain a new life after death,
I wish the earth was our mother,
So that she could have loved us …) 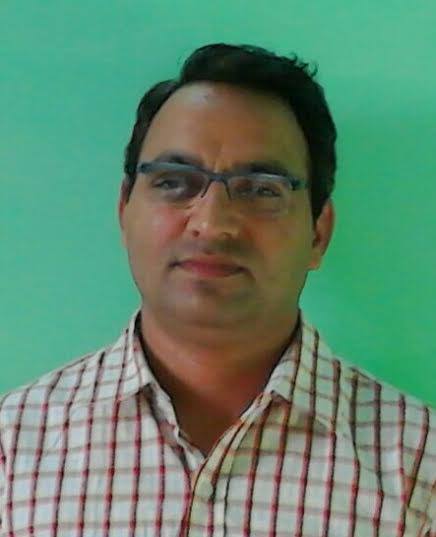