On the eve of the Republic Day in 1999, 23 Dalits, including women and children, were mercilessly done to death in what came to be known as the Shankar Bigha massacre. Almost 16 years later, in January 2015, a sessions court of Jehanabad (Bihar) “honourably acquitted” the 24 accused, all of whom were members of the Ranvir Sena, “for want of evidence”. Besides the lack of evidence, the judge cited witnesses turning hostile as one of the reasons for acquittal. It seems that once again, the criminals used the old tactic of terrorizing witnesses, who do not get any security from the state, to walk free. Justice again lost the battle.

Not the first time
Earlier too, in many cases involving the mass killing of Dalits, the accused were “honourably acquitted” due to “lack of evidence” or by giving them “the benefit of the doubt”. In the judgment in Nandu Singh versus State of Bihar, delivered by the Patna High Court on 9 October 2013, Justices V.N. Sinha and Amresh Kumar Lal acquitted all the 26 convicts of Laxmanpur Bathe massacre. Their lordships decreed that the prosecution witnesses were “unreliable” and hence the appellants deserved “the benefit of the doubt”. In 1997, 58 people, including 27 women and 16 children, were found murdered in the village of Laxmanpur Bathe. Of the 27 women, eight were pregnant. The unborn babies were murdered in the wombs of their mothers. Like in the Bathani Tola and Nagri Bazar massacres, the Patna High Court’s judgment in the Laxmanpur Bathe case too evokes horror rather than surprise. 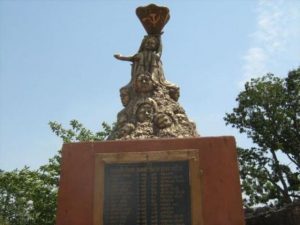 Similarly, in June 2000, 34 Dalits were murdered in Miyapur village. The lower court convicted 10 of the accused. However, in July 2013, the honourable judges of the Patna High Court “honourably acquitted” nine of the 10 convicts. The Patna HC had acquitted all the ten accused of the November 1998 Nagri Bazar (district Bhojpur) massacre who were convicted by the lower court. All these massacres were the handiwork of the Ranvir Sena.
In July 1996, 21 Dalits were murdered at Bathani Tola in Sahar block of Bhojpur district. Ajay Kumar Shrivastava, sessions judge of Arrah, had sentenced three of the accused to death and 20 to life imprisonment. However, Justices Navniti Prasad Singh and Ashwini Kumar Singh of Patna High Court overturned the convictions, acquitting all the accused, giving them the benefit of doubt. The judgment was delivered in the case of Hare Ram Singh versus State of Bihar on 16 April 2012. A bench of the Supreme Court, comprising Justices Altamas Kabir and Chelameshwar, in July 2012, issued notices on an appeal filed by the state government and the families of the victims, challenging the HC acquittal. Needless to say, the accused are out on bail.

Why the acquittals?
In cases pertaining to atrocities against Dalits, the police often terrorize the victims and force them to compromise. Then, lacunae abound in investigations. Charge sheets are not filed for years. The trial drags on for ten to fifteen years. Hearings are adjourned ad nauseum. Even if the lower court convicts the accused, appeals are filed in the high court and then in the apex court. Even if all the judgments go against the accused, they have the option of filing mercy petitions before the governors and the president. In the meantime, many of the accused die, some witnesses too pass away or are bumped off and the investigating officers retire. The fast-track courts get converted into slow-track and then no-track ones. The law does not provide for the security of the witnesses. There are many instances of prime witnesses being murdered. Besides the police and the courts, the entire socio-economic-political structure is anti-Dalit.

From “Belchi” to “Shankar Bigha”, the judgments in almost all the cases pertaining to Dalit massacres and murders have an uncanny similarity. From “Mathura” to “Bhanwari Bai”, these form a string of shameful judgments.

A serious analysis of these court judgments would reveal the conscious/subconscious caste, class and religious prejudices informing the judiciary. Needless to say, even in the 65th year of the Indian republic, representation of Dalits in the judiciary is close to zero and any talk of reservations in the higher judiciary raises the hackles of the social and political czars. The elevation of brilliant, deserving Dalit judicial officers to high courts is blocked by deliberately spoiling their service records. On looking at the statistics pertaining to elevation of district judges to the high courts in the last 60 years, researchers will realize how the Dalits have been prevented from entering the hallowed precincts of the higher judiciary. Those who do manage to reach there, overcoming all odds, face a suffocating atmosphere and feel alienated. It is conveyed to them in no uncertain terms that they are unwelcome.

Many a learned justice of the Supreme Court have put the onus on the female complainant of proving that it was because of her caste that she was raped, before invoking the provisions of the stringent Scheduled Caste and Scheduled Tribes (Prevention of Atrocities) Act, 1989 against the accused. In other cases under the Act, the courts have said that the casteist slur must have been made at a public place and the complainant should have been present there to constitute a crime. If even judicial pronouncements are not free from castiest biases, how can one hope that justice will be done? Given this situation, there is little hope for the Dalit victims of atrocities.
Hundreds of horrific, shameful incidents of upper-caste feudal lords burning alive and murdering lakhs of Dalits litter the history of Indian democracy. Hurt and humiliated by the growing number of Dalits in the power structure, the feudal-aristocratic class has intensified its attacks against the community. Assaults, including sexual assaults, on Dalit women are also growing. Society and bureaucracy is still dominated by the feudal/aristocratic class. They are avenging their reverses in the political field through atrocities on Dalits. Dalit women face a double whammy.

The Dalits are helpless because their power-hungry leaders have got entangled in the web of corruption and opportunism. In this scenario, who will hear the “achoot kee shikayat” (complaint of the untouchable)? How will justice be done? The culture of violence is flourishing, the politics of bloodletting is gaining ground. If this anarchy continues to prevail and the rudderless leadership of the country fails to do a course-correction, there is a very real danger of the common man losing faith in the system. And that would be a catastrophe of momentous proportions.