The credibility enjoyed by Lalu among the forces of social justice and secularism and the positive impact of the development brought about by Nitish combined to produce this victory. The enthusiasm of women of all castes and classes also played a role

The BJP’s love for the upper castes can be gauged from the fact that in the eight of the 10 seats it contested in the Bhojpur-Buxar region – the area where the Triveni Sangh was born – it fielded upper-caste candidates. The remaining two were reserved! It was in this area that Narendra Modi talked about his caste for the first time and declared that he was an EBC

It is believed that a phoenix rises from its own ashes. In the recently concluded elections in Bihar, Lalu Prasad Yadav has risen like a phoenix. Lalu, who was on the margins of Bihar politics for the last couple of years, is back centre stage as the hero. His party now has the biggest contingent in the Bihar Assembly. Lalu’s Rashtriya Janata Dal, Nitish Kumar’s Janata Dal (United) and the Congress together command more than two-thirds majority in the house. This is a victory of the Lalu-Nitish duo. But Lalu’s victory is bigger because unlike him, Nitish was not on the margins of state politics; he was the chief minister. 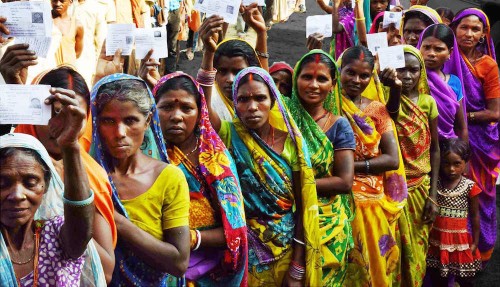 This victory has been interpreted in different ways. For instance, the high-brow intellectuals, perched in their ivory towers in Delhi, have pronounced it a victory of Nitish’s good governance. Not long ago, many of them were urging Nitish to keep his distance from Lalu. But Nitish did not agree. He understands the politics of Bihar. He refused to budge. Lalu also remained firm. He knew that the juggernaut of social justice would need the push of development to get it going and that only Nitish was capable of providing that push. The Nitish-Lalu pair is as big a hit today as Nehru-Patel was immediately after Independence – one was a doer, the other, a dreamer. The credibility enjoyed by Lalu among the forces of social justice and secularism and the positive impact of the development brought about by Nitish combined to produce this victory. The enthusiasm of women of all castes and classes – which drew them to the polling booths in large numbers – also played a role. It is now clear that they backed the Grand Alliance to the hilt. This victory could not have been possible without their votes.

What proved to be the BJP’s undoing? Was it because it had marshalled an army of its leaders and workers from the entire country or was it the intermittent raising of the issues of beef and reservations? Be that as it may, things had come to such a pass that during the campaign for the third phase, Prime Minister Modi had to repeatedly refer to his caste. The results show that the people of Bihar were not amused. Perhaps it was the way the BJP had occupied almost all major hotels of Patna and its leaders from all over the country had plunged into electioneering that prompted Nitish’s “Bihari versus Bahari” comment. And the people took notice.

What cost the BJP heavily was its inability to comprehend the polarization of the forces of social justice. It wasn’t able to assess how formidable a Lalu-Nitish joint front could be. Lalu and Nitish treaded very cautiously. They divided the seats among themselves in time. Ignoring Mulayam Singh’s barbs, Nitish Kumar released the list of the candidates of the Grand Alliance in the presence of the leaders of the three constituent parties (RJD, JD-U and Congress). This was a show of their unity. Then, going against his usual practice, he even announced the caste-wise break-up of the candidates. Of the 243 candidates, 134 were from OBCs and 33 from the upper castes. Nitish thus mollified the OBCs who were sore with his decision to constitute the Upper Castes Commission. The BJP fielded more than 100 Vaishya (Dwij) candidates. Of them, 86 were from the upper castes. The BJP’s love for the upper castes can be gauged from the fact that in the eight of the 10 seats it contested in the Bhojpur-Buxar region – the area where the Triveni Sangh was born – it fielded upper-caste candidates. The remaining two were reserved! It was in this area that Narendra Modi talked about his caste for the first time and declared that he was an EBC. No wonder, the electorate did not any pay any heed to him. Almost all candidates of the BJP from this region had to bite the dust.

RSS chief Mohan Bhagwat’s statement on reservations made the Dalits and OBCs suspicious of the intent of the saffron combine. And despite his strenuous efforts, Narendra Modi could not remove this suspicion. At the time, it was also said that the Sangh and Modi were at loggerheads and that Bhagwat had deliberately made the statement to make things difficult for Modi. Only Sangh and Modi know the truth about what transpired between them, but what is certain is that this statement united the forces of social justice like never before.

Lalu knew very well where the BJP could be cornered and that is why, from the very beginning, he raised the slogan of Mandal II and announced that the Backward-Forward battle had begun. The same mantra was used by Kanshi Ram and Mulayam in 1993 to give a severe drubbing to the BJP.

How will these election results impact national politics? I had been insisting for long that if the BJP lost in Bihar, it would be a big jolt for Modi. I believe that this is the beginning of the end for him. He will be in greater trouble than Indira Gandhi was. His international ratings will fall. The days of lusty cheers of “Modi, Modi” in foreign lands are all but over. This will put a question mark over his popularity. There are already rumblings of discontent within his own party (Shatrughan Sinha and R.K. Singh). They are bound to get stronger. It is not without reason that Shatrughan Sinha is tossing barb after barb at Modi and company, confident that no harm would come his way. Modi, in my view, may meet the fate of Morarji Desai, who was also from Gujarat. He rose like a bright star on the firmament of India politics in 1977 only to set forever within two to two and a half years.

Lalu and Nitish have their jobs cut out for them. It is their responsibility to bring development to the doorsteps of those sections that have voted them to power. They have risen to power on the votes of Bahujans, not Sarvajans. They will have to be both dreamers and doers. Education, health and employment should be their priorities. As had been already decided, Nitish Kumar has been sworn in as the chief minister. He brings with him years of experience. I join the lakhs of people of Bihar in congratulating him and hoping that he will put the state on the fast track to development.