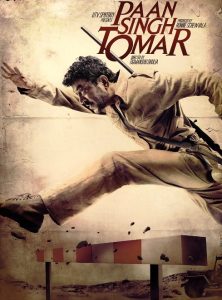 Javrimal Parikh is known as a great scholar but he thinks just like the ordinary people. At a recent programme organized by our institution, the Media Studies Group, he talked about two films. The first is Pan Singh Tomar, which chronicles the ups and downs of the life of this international athlete. When he does not get justice, Pan Singh Tomar picks up the gun. He is killed at the end. But when the members of the audience stream out of the theatre, their sympathies are with Pan Singh Tomar. The audience do not blame him for the violence he unleashed; they consider it proper and justified. The other film Parikh talked about was Vidya Balan-starrer Kahaani. The film ends with Vidya Balan killing a terrorist called Milan Damji. In this film, the audience stands by Vidya Balan. Why does it not stand by Milan Damji? Because it believes that Milan Damji is a terrorist and so his murder is justified.

Would the reaction of the audience to both the films been the same had their plots been a bit different? For instance, if Kahaani had dwelt on how Milan Damji turned into a terrorist. Instead, the film simply presents him as a terrorist and does not tell anything else about him.

The plots of the two films – as compared and contrasted by Javrimal Parikh – lead us to an interesting discussion. It is apparent that not only the facts placed before the people but also the perspective matters. Most of the ordinary folk simply parrot what those who build the structures of communication say. These structures are built through films, literature, journalism and the media in general. Just as there are economic strategists and planners, so too there are communication strategists and planners. Few people pay attention to all the aspects of something that is presented before them. Those who do, become scholars. The seeds of scholarship are sown by analyzing and understanding all the dimensions of any incident or a piece of information and by setting out a plan. Betterment of society demands imagination and planning.

How does a common man see things? It generally depends on his family background and the environment in which he grows up. He can think differently only if he breaches his narrow confines and exposes himself to a wider world. A person becomes a citizen only if he or she develops his or her own perspective, his or her own way of understanding things. How many Javrimal Parikhs can we see around us who can ask this simple question: If violence is an absolute no-no, why this sympathy for Pan Singh Tomar and hedeserved-it attitude towards Milan Damji?

The fact is that a very small section of society, with a single point of view, uses the media to develop a structure of communication. This structure then becomes a principle that is applicable everywhere. Today, television has a vast reach. In the name of entertainment, TV programmes are thrusting a particular mindset on the audience. Entertainment is also not free from that one point of view. What does entertainment mean? Entertainment does not leave any section of society frustrated. It should not glamourize or glorify people who dress up, speak and lead their lives in a certain way while belittling others who do not fit the mould. 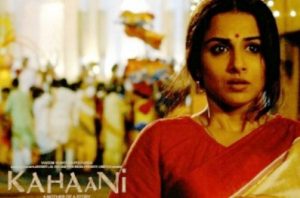 I went to a theatre training workshop with my daughter. Other parents were also there. They all were smooth-talkers. They all were from that class of society which is described as civilized and educated. The trainer of the workshop asked all of us to shake hands with each other and exchange pleasantries. It then emerged how weak we were. Our hesitation in shaking hands was palpable. The formality done, the trainer asked all of us to look at each other and smile. We found doing this extremely tough. Anyone can observe this by repeating the exercise with another group. Mixing with the participants over the month-long workshop seemed almost impossible. What sort of entertainment is this that has made looking at each other so difficult and awkward for us? Just give this question a thought. The habit of taking everything casually and describing this as a “practical approach” can make life difficult. And it affects society as a whole. When a large section of society unthinkingly accepts and endorses a structure built by a minuscule section, it sounds warning bells for society. It means that we have given up thinking about and understanding things on our own. Thinking, reflecting, analyzing and understanding has become stressful for us.

Today, the situation is that a small resourceful group decides how the wider society thinks. The so-called “alert and alive” sections of society also become slaves to this group. The way we are being bombarded with news and information daily, it is becoming difficult for us to find time to think and analyze from our perspective. The information revolution wants you to be a passive recipient of information. It does not want you to develop your own perspective. Javrimal Parikh gave us perspective. Kudos to him. How we wish we had lots of Javrimal Parikhs around us!