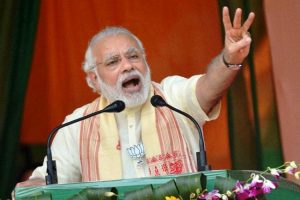 The performance of the Narendra Modi government during the last two years has to be seen in the light of the promises made in his election campaign and judged against the Indian Constitutional values of pluralism and diversity. “Acche din” had become the buzzword, black money being retrieved and distributed – being deposited in everybody’s bank account – was something to look forward to and the creation of jobs was eagerly awaited. None of this came through. Prices of essential commodities started shooting through the roof – of all things, even dal (pulses) became a luxury item. The 15 lakhs that was to be credited to the bank account is nowhere to be seen and job creation is stagnant. The foreign policy has been confusing and has achieved little except the prime minister’s much-hyped globetrotting. India has been blowing hot and cold on Pakistan and what used to be the friendliest neighbour, Nepal is drifting away.

The much-touted maximum governance-minimal government formula has been used to put all powers in the hands of a single person, with the PM, who is supposed to be the first among equals, controlling everything in his Cabinet. Most importantly, communal amity and harmony and autonomy of academic institutions have taken a beating.

This is the first time that BJP has got a simple majority in the Lok Sabha and it has been unabashedly implementing its Hindutva agenda. Right from the word go, the affiliates of Hindutva politics became active and Mohsin Shiekh, an IT professional from Pune, was killed by the activists of the Hindu Rashtra Sena. The affiliates of the Sangh Parivar started targeting and spreading hate against whosoever did not agree with the ruling party’s agenda. Even before the BJP came to power, the current minister in the Centre, Giriraj Singh, had said that those not voting for Modi should go to Pakistan. Another worthy among the ministers of the central government, Sadhvi Niranjan Jyoti, uttered the word haramjade (illegitimate) for those not voting for her party. All and sundry from this dispensation have begun spreading hate against religious minorities while the all-powerful prime minister quietly looks on. The question asked in his defence was, “How can the prime minister comment on every incident?” It now seems that his silence was deliberate and in keeping with the “division of labour” by his party’s parent organization, the RSS. Those making these hateful statements are not fringe elements as some have described them; they are part of the core agenda.

Hindutva politics thrives on identity issues. This time around, the holy cow and beef-eating took centre stage and the hysteria created around this issue led to the murder of Mohammad Akhlaq in Dadri and many other acts of violence. All this took place against the backdrop of the murders of Dabholkar, Pansare and Kalburgi. This Dadri incident confirmed the growing intolerance in the country, prompting many eminent writers, scientists and filmmakers to return the awards and honours they had deservedly got. Yet, it was this action that drew criticism, not the growing intolerance in society; it was alleged that the returning of awards and honours was politically motivated and these personalities were doing it for money.

The desire of this government to intrude into educational institutions became apparent soon enough. It was visible with the appointments of those who are ideologically aligned with the ruling organization irrespective of their incompetence. Gajendra Chauhan was appointed chairman of the Film and Television Institute of India (FTII). The student’s protests against this decision were ignored. In Hyderabad Central University (HCU), the Ambedkar Students’ Association was targeted. The local BJP MP, Bandaru Dattatrey, complained to the Union Minister of Human Resources Development that anti-national and casteist activities were going on in HCU. Under pressure from the minister, the university expelled Rohith Vemula and his friends from the hostel and their scholarship was stopped. This is what led to the suicide of Rohith Vemula. 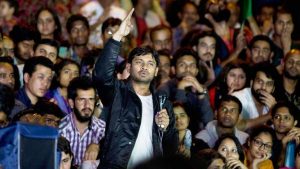 There was a nationwide outrage against policies of the central government towards academic institutions. Meanwhile, JNU was targeted and Kanhaiya Kumar and his friends were charged with sedition even though it was others who had shouted anti-India slogans and not them. Those who had actually shouted these slogans were not arrested. The government chose to ignore the fact that a mere shouting of slogans is not a crime. A doctored CD was used to implicate the JNU scholars. This triggered a debate on nationalism and lead to prominent scholars participating in “teach-ins” on nationalism in JNU.

RSS patriarch Mohan Bhagwat raked up another emotive issue by saying that the youth must be told to say “Bharat Mata ki jai”. MIM leader Asaduddin Owaisi’s response to this statement was that he would not say so even “you put a knife to my throat”. RSS fellow traveller Ramdev said that had the Constitution not been there, lakhs would have been beheaded by now. The message was clear and dangerous.

To sum up, two years after assuming power, Modi, the RSS pracharak, is working towards making India a Hindu nation and undermining Indian nationalism. Indian nationalism has a liberal space and diversity built into it. Communal politics, on the other hand, resorts to emotive issues such as beef, nationalism and “Bharat Mata ki jai”. While there are three more years to go for this government, as of now, its divisive agenda and policies that are detrimental to the welfare of the common man are plain to see. India needs inclusive growth and amity among its people, but this is not what we see today. 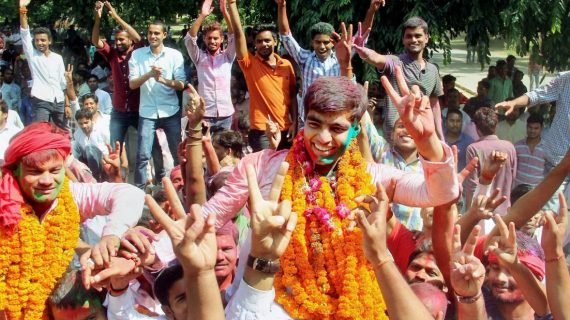 The ABVP has suffered a string of losses in university elections. The Left, socialists and the followers of Birsa, Phule and Ambedkar have trounced them. What does this mean for national politics? Bapu Raut looks for answers

Is the VC, Prof Rangappa, trying to save his own skin by taking action against Prof Guru? By making criticism of Narendra Modi and Smriti Irani the basis of Prof Guru’s suspension, is he trying to appease the BJP-appointed governor?