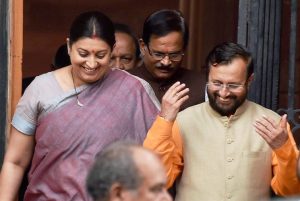 One of the most remarkable things about Narendra Modi’s Cabinet has been the relative lack of depth of talent and experience. Barring Arun Jaitley, Sushma Swaraj, Suresh Prasad, Sadananda Gowda, Venkaiah Naidu, Ravi Shankar Prasad, Jayant Sinha, Nirmala Sitharaman and, to an extent, Prakash Javadekar, most of the other ministers and ministers of state are either first-timers or people with little or no experience in governance or even in the professional sphere.

This may have been part of the scheme of things when Modi promised minimum government and maximum governance. But two years after a wave of paid-media-fuelled hype swept him into office with a majority not seen in Indian Parliament for decades, the Modi juggernaut has lost steam due to its lacklustre performance. Despite whistle-stop foreign tours – the prime minister has probably spent more time abroad than in Parliament – there have been few gains to show, and possibly some solid losses on the external-affairs front, for example, the failed attempt to join the NSG and the possibility India’s efforts at rebuilding Afghanistan being wasted due to the deteriorating political situation there.

So, in hindsight, Modi would have been better off staying in India to oversee the functioning of his ill-experienced team. Smriti Irani – the most controversial in the Cabinet ­– has been moved to the relatively low-profile textile ministry. Because she could be excellent advertisement for Indian textiles given her penchant for wearing colourful saris of traditional weaves, there is some logic in the move.

But what can we expect from the more affable Prakash Javadekar, the new minister of human resource development? Delhi-based BJP watchers point out his easy-going nature and his effectiveness in negotiating sticky situations. During his tenure as environment minister, he was better known for his environmental clearances than environmental protection, but has not faced the kind of opprobrium from civil society and people’s movements that Smriti Irani did. It is then expected that he will not let up on the thrust towards the privatization of education, saffronizing of the institutions and the curriculum, and the commercialization of education. The difference will be that he will be able to manage the backlash against these efforts so much better than Smriti Irani ever did.

Modi dropped five ministers of state for poor performance, and shifted the low-profile Sadananda Gowda from Law and gave it to Ravi Shankar Prasad. But why was Jayant Sinha, who was quite an effective and capable understudy to Arun Jaitley, moved out of Finance? Because his father, Yashwant Sinha, continues to be highly critical of the Modi government? Yashwant Sinha lambasted the recent failed effort to join the NSG saying it should never have been attempted.

The reshuffle may also be an indication of the BJP’s strategy for the elections in the important state of Uttar Pradesh. The picking of Anupriya Patel, of Apna Dal, which has pockets of support in UP, is seen as a way to counter the Samajwadi Party’s wooing of Beni Prasad Verma, a Kurmi. The Kurmis form a significant OBC presence in UP. Anupriya’s selection may also have a negative impact on Smriti Irani’s prospects, as she was widely believed to be the one to spearhead the Uttar Pradesh campaign. Young and polished, Anupriya, who studied in Delhi’s Lady Shri Ram College, is also foreseen to be an effective counter to Priyanka Vadra in case the Congress deploys the latter for the UP election campaign. 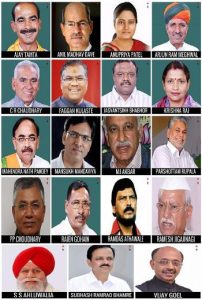 Several representatives from forward castes, including Mahendra Nath Pandey from UP, Anil Madhav Dave from Madhya Pradesh, Vijay Goel from Delhi, Rajen Gohain from Assam, and Parshottam Rupala and Mansukh Mandaviya from Gujarat, have joined the government. Rupala was a strong contender for the post of Gujarat chief minister and is a Modi loyalist. Both he and Mandaviya are Patidar Patels.

The minister for tribal affairs before the reshuffle, Mansukh Vasava, from Gujarat, has not taken kindly to being dropped. He criticized the decision and said he had faced a hostile environment while attempting to bring transparency to the working of the ministry, and also lashed out at the Gujarat government for inaction with regard to the welfare of Tribals. Another minister from Gujarat, Mohanbhai Kundaria, who was also dropped, said he had accepted the party’s decision.

In the Ministry of External Affairs, well-known journalist and politico M. J. Akbar joins V.K. Singh, who has been relieved of the independent charge of the Ministry for Statistics and Programme Implementation, as one of the two ministers of state.

All this still leaves several questions unanswered. With the reshuffle being done along the same old lines of caste equations, with an eye on the UP elections this time around, Modi has lost an important opportunity to send a strong message to the rest of the country about his priorities. All of his ministers of state who made divisive, communal speeches, such as Giriraj Kishore, Mahesh Sharma, Sanjeev Baliyan and Niranjan Joshi, have not been touched. The one ministry that has the biggest implication in giving power to the people, Panchayati Raj, has been diminished, with its budget cut from 7000 crores to a mere 96 crores, and has been made totally subservient to the Ministry of Rural Development. This is the unkindest cut of all, a knife to the heart of the principle of governance by the people, of the people, for the people.

The portent for the common man is clear. Despite the reshuffling of his cards, the PM does not have any major changes for the better in the offing. It will be business as usual for the government, as Modi goes globe-trotting to sell India’s land, water and markets and he and his ministers squander both time and the nation’s money. 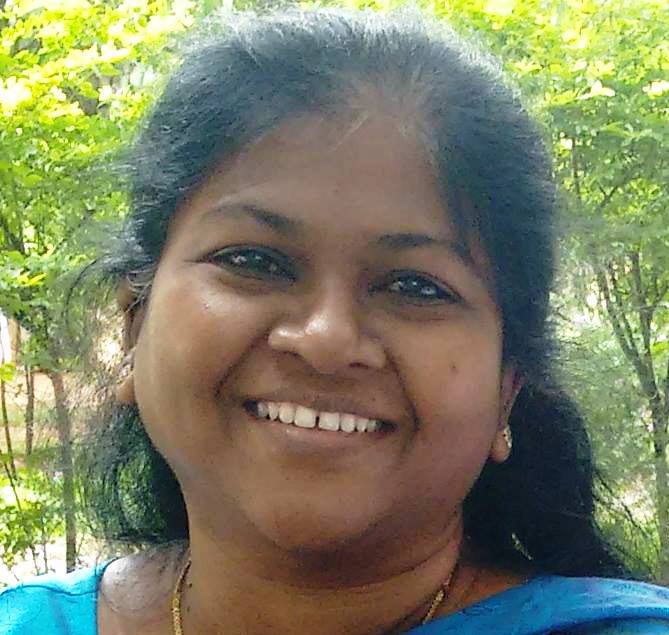