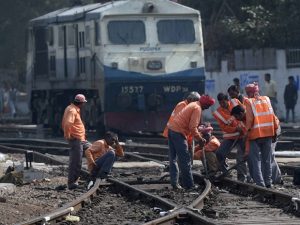 The central government’s decision to implement the recommendations of the Seventh Pay Commission has again triggered the same old, sickening debate: which category of employees has got more and which, less. Mercifully, this debate is also touching on, if only superficially, the rampant exploitation in the unorganized sector. But no one – not even our socialist and communist comrades – is raising the basic question: What is the basis of the classification of government employees? Is it skill-based or based on educational qualifications? Who decides which has greater value? And, can a country that exploits its own citizens – and that too those in the state’s employ – by dividing them into various classes, really call itself independent? This trend has assumed a sinister form in the era of globalization. With every new pay commission, the government is handing over more and more low-level jobs to contractual employees who are being paid less than one-fourth of the salaries of regular employees doing the same job. The private sector is following in the footsteps of the government. Thus, with every pay commission, inequality and exploitation is growing. Clearly, the government’s solemn protestations of ending inequality are hollow.

I will illustrate my point with an incident. We had gone to meet the Divisional Forest Officer (DFO) of Harda district in Madhya Pradesh to submit a memorandum demanding that the MGNREGS labourers be paid daily wages instead of contractual salaries. The DFO asked one of our elderly companions, Mersingh Korku, “Dada, can you work as hard as a young man? Then, how can we pay you the same wages?” Mersingh replied, “DFO sahib, tell me one thing. As you grow old, your salary increases or decreases?” When the DFO said that “it increases”, Mersingh asked, “Then why should my salary decrease as I grow older?” There was nothing left to say. Obviously, the DFO had no answer to this question. Neither do top economists and the government itself.

We would have to understand the crux of this piercing argument of Mersingh.

The powers that be (and this includes market forces) have always designed their system in such a way that the skills and knowledge of the common man are considered second rate and they are not only exploited but are also deprived of human dignity. To loot any class of citizens, the first step is to make them feel inferior. Anything can be used for this – colour of skin, caste, gender, religion and now education (or lack of it). What was needed to exploit the people in the name of education was a system in which reaching this or that level or acquiring this or that degree was considered the primary measure of success. Of course, it was not necessary that those in power should have the same level of education. Their success was measured on other parameters. Then, this education system was placed out of the reach of the common man and, barring some exceptions, was tailor-made to create a section of people to implement the agenda of the ruling classes – a section that, for a meagre compensation (salary), would forget the interests of society and the ordinary people and dedicatedly work to further the interests of the rulers. Before the advent of the British, education was limited to particular classes and varnas. The British expanded it. They brought other classes in its ambit and increased its acceptability to such an extent that today, for the exploited sections of the system – 98 per cent of whom still do not have this education – it has become like a mirage they are chasing.

The education system that forms the basis of the classification of citizens is in a shambles even 69 years after Independence. Just have a look at the latest data released by the National Sample Survey Organization (2010 figures released in 2013). They show that half of the country’s population is illiterate – 32 per cent cannot read or write at all and 22 per cent are literate in name only. Eighty-two per cent of the youth quit studies before clearing their grade 12 examination. In villages, only 3.2 per cent people are graduates or postgraduates. The corresponding figure for rural Muslims, women and Tribals is less than 2 per cent. In cities, the figure is 17.3 per cent. It would be wrong to think that these dismal figures will improve in the near future. The reason is that 54 per cent students cannot attend schools and colleges regularly. According to UNICEF projections, in 2016, 500 million residents of our country would be either uneducated or educated only up to grade five or lower. Another 300 million would not have cleared the grade ten exams.

Thus 92 per cent of the population of the country does not hold any educational degree. The 2013 figures of Labour Ministry show that in India, 29.5 million people were employed and 44.7 million were unemployed (and these numbers pertain to only those names registered in employment exchanges). It is clear that our system has resulted in more people who are unemployed than those who are employed. At the same time, in our agriculture-dominated economy, 250,000 farmers have committed suicide over the last ten years. The “Make in India” Narendra Modi is talking about – supposedly to generate employment and compete with China – is, in fact, a conspiracy to force 21 million youths, who quit studies after grade eight every year, to toil in sweatshops in the name of employment-oriented education. The government does not want them to aspire to be graduates as it lacks the willpower to create the infrastructure to enable them (92 per cent of our people) to do that. They want them to toil in factories and provide cheap labour. 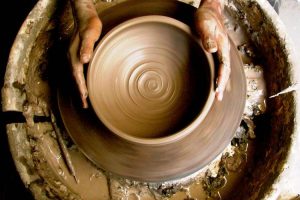 After Independence, had we developed an educational system in keeping with our needs, had we given our traditional skills a strong educational and financial foundation, had we adapted these skills to changing times, we would have been miles ahead of where we are today. But we blindly followed the model of our colonial masters, which gave pride of place to bookish knowledge and exploited labour and art. Gandhi was not an impractical person. He knew that in our country, different communities had unique traditional knowledge and skills. In our daily life, we do meet people who might not be educated in the conventional sense but who are highly skilled in their own way. Even today, despite phenomenal growth in our knowledge of science and technology, we cannot replicate the buildings of the Mughal era. I am an engineer by training and at constructions sites, I have met many a mason, who, though unlettered, has a deep understanding of geometry. Classical music has sprung from folk music and no book on wild animals and birds can be written without tapping into the knowledge base of Tribals and hunters. No one can climb mountains without the help of Sherpas and no one can enter a forest without the help of Tribals. We are all witness to the fact that due to the Tribals joining hands with the Naxals, even the military might of the state is unable to crush the latter.

I will end this piece with a quote of famous German scientist Albert Einstein: “If you judge a fish by its ability to climb a tree, it will live its whole life believing that it is stupid.” Our present system of determining wages metes out this fish treatment. If we are to transform it, we will have to think out of the box and stop lumping the skills of farmers and workers under the broad category of “manual labour”. We will have to initiate a debate on how to develop a common parameter to measure bookish knowledge and traditional skills. Otherwise, pay commissions will become a ritual and commenting on them, meaningless. 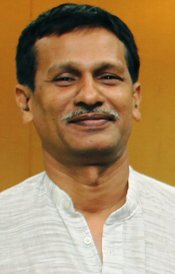 Anurag Modi is a social activist associated with the Samajwadi Jan Parishad. He has been working among Adivasis for the past 27 years. He was a civil engineer in Mumbai until 1989, when he quit his job to work among the people displaced by the Bargi Dam, the first dam built on the Narmada River. Modi then moved to a small village in Betul, Madhya Pradesh, called Pataupura, where he founded an association of Adivasi workers.