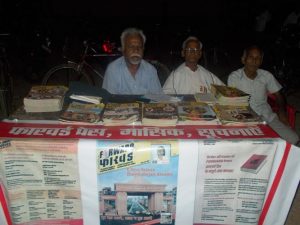 As a reader, I was shocked to hear that the print edition of FORWARD Press, a magazine liked by so many, is suspending publication. I don’t know how saddening it is for the educated class but I am sure that those from the Bahujan communities who do not have access to the internet are very sad.

The FORWARD Press magazine has changed the lives of many. As far as I know, FP is the only bilingual magazine in the entire north India that is devoted to the cause of the Bahujans. Its every article was readable, given its reliance on facts. We will try as much as possible to take its web edition to the people using printouts and photocopies. The way FP spread awareness on Bahujan issues, especially on the Mahishasur myth, and united a scattered people can only be appreciated by the Bahujans. The magazine became our food for thought and we started feeling as if our relations with the magazine were centuries old. As a research scholar in Hindi, the magazine strengthened my intellectual base. I became associated with the magazine quite late but if I could develop my own ideology, it was courtesy of this magazine.

Professor Rajendra Prasad Singh once asked me whether I had read FP and when I replied in the negative he urged me to be associated with it. Professor Dinesh Kushwaha also gave me the same advice. In those days, my friend from Gaya, Ashish, worked for FP. He connected many Gaya residents with the magazine. I was one of them. Later, when I started receiving the PDF of the magazine, I forwarded it to many people and requested them to subscribe to it. It was not a magazine you had to ask people to help. Whosoever saw it became its admirer. Yes, in my institution some brahmanical people did say that the magazine was owned by a Christian but then I asked them to “talk about the content.” FP impressed me so much that I also ordered copies of many old issues. This was the first magazine that gave us the wisdom to feel for things and the courage to express them. It collected and compiled material on issues that lay buried deep in history. It inspired many such writers who could sense the changes taking place in society to pour out their hearts. Bahujan ideology and the concept of “Bahujan literature” were the gifts of this magazine. This magazine also touched new heights due to its emphasis on re-rendition of history and on subaltern history.

Good wishes in advance for the web edition and the books. Jai Bhim! 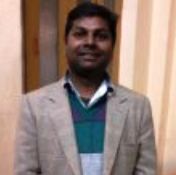