It is true that Chhatrapati Shahu’s gender concerns were but a tiny part of his general concern for the marginalized but it should be borne in mind that women comprised 50 per cent of this section and would definitely have benefited from the socio-legal reforms that were aimed at improving the status of the backward classes. In so far as his contribution to gender justice is concerned – legislating laws for women’s protection; passing orders, notifications in the interest of women; supporting women’s education and educated women; taking a stand on the purdah, widow remarriage; responding, in the way he did, to the charge of moral turpitude – the feminist perspective, whether intuitive or intended, is more than evident. 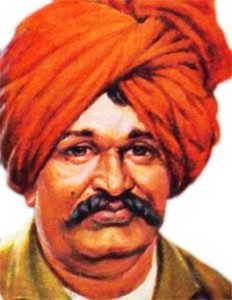 In 1919, Chhatrapati Shahu enacted the Marriage Registration Act that gave legal validity to inter-caste and inter-religious marriages and widow remarriages. This was especially useful to those women who had the courage to break shackles and enter into a relationship of their own choice. They could avoid the sacred route to marriage and opt for the legal one instead. Raising the legal age of marriage to 14 years for women was also a brave step as the norm then was to get girls married off by the age of 10. His order that girls above the age of 18 were adults in their own right and did not require the consent of their parents for marriage was a revolutionary step in freeing women to write their own destiny.

The Prevention of Cruelty to Women Act (1919) was another milestone. Here, Shahu defines cruelty to women as comprising the physical and the mental. He includes insults, abuses, verbal assaults and suspicion of women’s character by men as acts of cruelty. This is not all. He considers “generating fear of causing bodily or mental harm” as serious a crime as actually causing it. He has thus taken into account a woman’s perception and anticipation of violence. In other words, he senses that the threat of violence is as bad as, if not worse than, the violence itself. This, in fact, is one of the central theses of modern, feminist analysis of women’s oppression exemplified by radical feminist Kate Millet’s famous declaration, “Every woman is a victim of rape” – a fact that Shahu had recognized much earlier. Further, he notes that violence against women is not restricted to the lower classes, as is commonly believed, but occurs in the upper strata as well. Finally, he covers the ill treatment of wife, widow and daughter-in-law, even stepmother, under this Act, giving it a broad sweep. There is an implicit understanding of the workings of patriarchy on the ground and encompasses all women across the board. In other words, it is universal. In Shahu’s own words, “…this Act is comprehensive enough to broadly cover most acts of oppression and cruelty against women”. He used the word “oppression” in connection with women decades before the second-wave feminism brought it in vogue in the 1960s, in its literature and polemics.

It is believed that The Prevention of Cruelty to Women Act is the first of its kind, anywhere in the world.

Another law legislated by Shahu – The Kolhapur Divorce Act (1919) – states, “it is better to make specific provisions in the law itself to allow the husband and wife to divorce and thus build this relationship on a sound footing.” He obviously feels that the option to divorce is necessary in order to enjoy a good marriage. While men have always enjoyed the right to abandon their wives, women, for the first time, got a chance to opt out of painful marriages. The feminist intent behind this Act is unmistakable.

The law on “Girls dedicated to religion” (1920) cuts off the special rights and privileges conferred on girls who are “dedicated” to a religion and instead restores their stake in their natural family inheritance, making it distinctly disadvantageous for parents to cast away their daughters in the name of religion or tradition. It also recognizes and reiterates the daughter’s right to inheritance in her natal family. Once again, the feminist footprint is clearly visible.

There is a small but significant order (1921) warning against sexist language used by men against women during public festivals like Holi. The feminist stance underlying this order is impressive even by the modern yardstick. 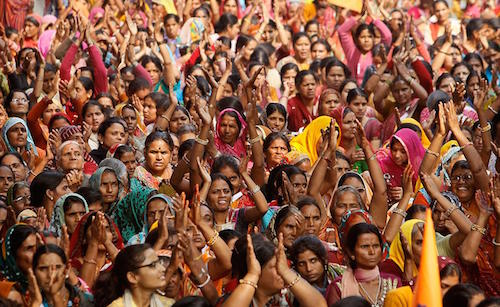 Shahu wholeheartedly supported women’s education. He took pains to educate his 11-year-old, widowed daughter-in-law Indumati after his son passed away in a tragic accident. He did this against all the odds. He made sure she was financially secure by arranging a regular monthly income. His great desire was that she should study medicine but death intervened before he could realize that dream. He financially supported Dr Krishnabai Kelavkar to pursue higher medical education abroad and on her return created a post for her in the government hospital. He clearly saw women’s education as necessary for their empowerment. He also valued their public contribution. His naming a township after his daughter Radha speaks volumes for his positive attitude towards women.

He was against purdah and wholeheartedly supported widow remarriage. This can be gleaned from his speech at the 13th All India Conference of Kurmi Kshatriyas in April 1919 where he says, “… I am glad to note that there is a custom of widow remarriage among Kurmis. I believe that your Kshatriya caste will be free of such sins as infanticide and extramarital sexual relations.” In the same speech he says that “qualities among women like bravery are totally destroyed because of the purdah”. He clearly understood the disastrous effect of these social evils on women.

Last, but not the least, when he was accused of moral turpitude by his caste and political enemies, he encouraged an independent enquiry, fully co-operated with the investigation and offered to proceed on leave while the enquiry was on. He did all this in order to clear his name honourably. Had he wished, he could have sabotaged the enquiry.

Chhatrapati Shahu took up the women’s question where the Phules had left it off. He did it from his own unique standpoint and left the mark of his feminist sensibilities on it. In the process, he took the women’s question forward into the 20th century. That was his lasting feminist contribution.

This article will be part of Forward Press Books’ forthcoming collection of essays titled “OBC Heroes”. For advance orders, write to themarginalisedpublication@gmail.com or call +919968527911.