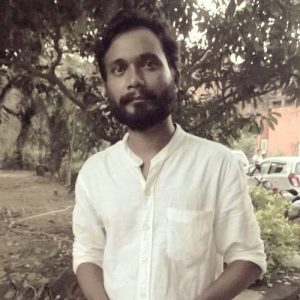 JNU Students Union (JNUSU) elections are just a few days away and the campaigning on the university campus has reached a crescendo. This year’s election on September 9 assumes greater importance in the wake of the February 9 incident. While the arch-rivals AISA and SFI have teamed up, claiming to forge a “unity in principle” to “defend JNU” from the Hindutva forces, the Birsa Ambedkar Phule Students’ Association (BAPSA) believes that only the “unity of the oppressed” can uproot Brahmanism, politically, socially and culturally.

BAPSA presidential candidate Sonpimple Rahul Punaram, better known as Rahul on the campus, is studying for his PhD in sociology. He talked about the idea of “experience” as a framework, which Dalitbahujan intellectuals often underscore.

Rahul himself has had plenty of that “experience”. He was born in a Nagpur slum. His father pulled a rickshaw and mother worked as a construction labourer to feed the family. As he grew up, he came to realize that the world outside the Dalit ghetto was perhaps even crueller. He began to face discrimination in villages where population was largely non-Dalit. In school, the discrimination at the hands of his teachers was more “subtle”.

Then there was the massacre of Dalits in Khairlanji (2006). This infamous, inhuman act affected him deeply. But he was also inspired to see a huge number of Dalit women up in arms against the ruling castes and classes. “The oppression will not end unless the oppressed sections rise and raise their voices,” he says.

It’s this belief that drew him closer to BAPSA. When he left Maharashtra and joined JNU as an MPhil student some years ago, BAPSA was still a new organization. Rahul, among others, played an important role in its consolidation.

Since its inception, the BAPSA has been in the thick of campus politics, holding meetings, demonstrations and mobilizing support on issues, including oppression and discrimination. On many an occasion, Rahul’s fiery speeches and presentation of facts from the Ambedkarite perspectives drew supporters as well as detractors. 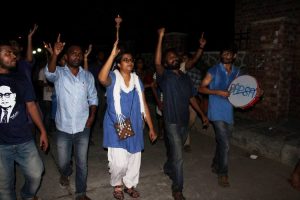 He has always said the fight against the oppression is to be led by the oppressed themselves. During this conversation, he reiterates that point, saying an experience of oppression is key to fighting against oppression. Unlike the oppressed sections, some people just “talk about” oppression and “celebrate”, he laments. Thus, he makes a distinction between those who have never faced discrimination and just talk about it and the oppressed whose articulation bears a deep mark of their sufferings. He also appears to be taking a dig at the so-called progressive and the Left forces, which, in his opinion, are afraid to radically address the issue of inequality on the campus.

Unlike other contenders in the upcoming JNU polls, he assures that if he is elected, he would relentlessly fight for equality and inclusion no matter who stands in his way.

Some of the key issues figuring prominently during his campaign are the issue of dropouts, discrimination in viva voce (oral examination), reservation for the marginalized sections such as SCs, STs, OBCs and minorities, and gender justice, including for Kashmiri women whose rights have been violated.

Deeply concerned about the students dropping out, he says the most of students who were forced to leave are from the weaker sections. Besides, a large number of students who are not fluent in English are also shown the door. To address this issue, he, as he claims, took many cases of dropouts to the SC and ST Commission while the JNUSU did not care to address them.

He filed an RTI and studied the long-term trend of students dropping out. His findings were that both the “right-wing” and “left-wing” people were involved in discriminating against the oppressed sections. He laments that while the students of the weaker sections got 60 to 70 per cent marks in written exams, many of them were denied admission by teachers who gave them zero marks in the viva voce.

Also noteworthy is that many reserved seats aren’t filled. Like BAPSA, the recently floated United OBC Forum has brought this issue centre stage. Rahul does not expect much from the right-wing forces but he is disappointed with the Left. The Left should have taken “bigger responsibility” for ensuring that the administration adhered to the reservation policy mandated by the Constitution.

To reach out to Muslim students of the campus, he has included their concerns in his manifesto. The representation of Muslim students in JNU programmes other than Urdu, Persian and Arabic is abysmally low and for many years demands have been made for “deprivation points” so as to facilitate their entry into other schools such as Social Sciences, International Studies and Natural Sciences.

As it has been evident so far, the discourse on gender justice is likely to cast its shadow over JNU polls because a case of rape has been filed against a former Delhi state president of the AISA. Rahul accuses AISA of tokenism for doing nothing more than just expelling him. He also questions the sincerity of the AISA intellectuals in the fight for gender justice when they have been largely silent about this barbaric incident. Rahul says this is “impunity”. According to him, AISA is not confident about contesting the elections alone because it fears losing a large base among voters, especially among those who are concerned about gender justice. Thus it has teamed up with the SFI, its rival for almost three decades on JNU campus. The SFI, on the other hand, saw in this alliance a chance to “secure” seats in the central panel and overcome decades of setbacks.

Continuing his criticism of the ruling Left on the campus, Rahul says that the Left organizations are “soft-brahmanical forces” only interested in getting the votes of the oppressed sections. Unlike the so-called Left, he adds, the oppressed are capable of taking the fight against brahmanical right-wing forces beyond politics and into the domain of social and cultural practices.

But aren’t there contradictions among the oppressed sections as well? For example, when the PMK leader Anbumani Ramadoss was invited to JNU by the United OBC Forum on the 25th anniversary of the implementation of Mandal commission’s recommendations, BAPSA protested. There is a need to remove these contradictions and work for forging unity, Rahul says. 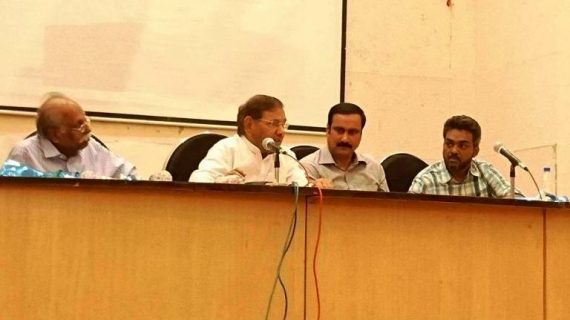 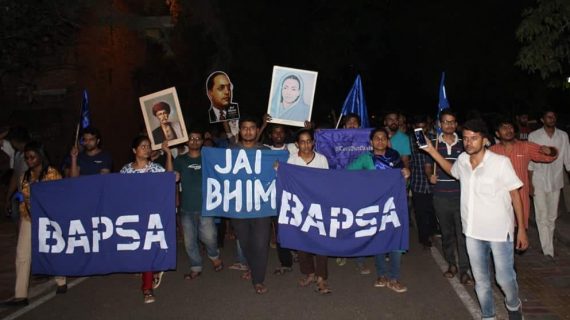 BAPSA: The real challenge to Brahmanism

The Birsa Ambedkar Phule Students Association (BAPSA) is posing a strong challenge to Brahmanism, the casteism and nepotism of the so-called flag-bearers of social justice and the dwijvad of the leftists in JNU. This student organization, which draws its strength from the ideals of Birsa Munda, the Phule couple and Ambedkar, has field students from the poor, deprived and marginalized castes as candidates for the JNUSU elections. Kanak Keshari wrote all this and more in a letter to Forward Press