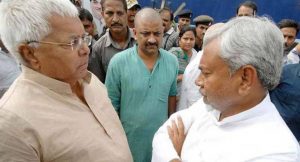 With the RJD chief Lalu Prasad Yadav demanding a “domicile policy” for Bihar and the main opposition BJP supporting him, chief minister Nitish Kumar seems to have made up his mind to implement it. He has suspended the ongoing process of appointments of 3,564 assistant professors. On 12 August, the government issued an order to that effect. On 6 September, the Patna High Court stayed the government order. The Bihar Public Service Commission had advertised the vacancies in August 2014. Before the government halted the recruitment drive, interviews had been held for appointment to 1609 posts of assistant professors of Maithili, English, economics, psychology, philosophy, physics and chemistry. The selected Maithili teachers had even reported for their new jobs. The final results for 170 posts of assistant professors of English had also been announced. Thus, only recruitment to 1755 posts remained. Now, the government is trying to stop the process in the name of domicile. Can two different rules govern the same set of appointments? The candidates are bound to approach the court with the question, and the court may have an answer for the government. Besides the domicile issue, the government is also citing the issue of candidates who have obtained PhD before 2009 to justify its decision. Under the UGC Act 2009, only NET-qualified students and those who have done PhD under the norms prescribed by the Act were eligible for appointment as assistant professors. Due to this Act, thousands of youths could not apply for these posts. Now that the UGC has relaxed these norms on the directives of the Union Ministry of Human Resource Development, candidates who had been barred from applying are hopeful that they too will get a chance. The new UGC rules say that candidates who have completed their PhD before 2009 should have at least one paper published in a refereed journal to be eligible to apply. But the academic standard of these refereed journals in India in general and in Bihar in particular has been under a cloud. Be that as it may, the decision to halt the recruitment process midway may encounter legal hurdles and will further slow it down. This will affect the colleges and universities. According to a report, almost 50 per cent of the posts of assistant professors in Bihar are lying vacant. But the process of filling up these vacancies has been halted in the name of reservations for Biharis. Has this been done in the interest of Bihari students or is there politics behind it? 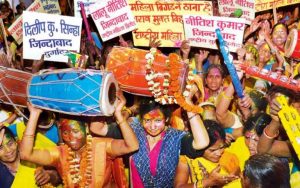 Among the important decisions taken by the government of the “grand alliance” in Bihar are the imposition of prohibition and the granting of 35 per cent reservations to women in government jobs. Both the decisions were a follow-up of the poll promises of Nitish Kumar and it was believed that they would benefit him politically. The BJP-JDU government’s decision to grant 50 per cent reservations to women in Panchayati Raj institutions had also benefited Nitish Kumar and not the BJP. Lalu Yadav is also a part of the government but he has not been getting political mileage out of the decisions being taken by the government. Nitish Kumar is taking all the credit for them. That could be the reason Lalu Yadav, without taking Nitish Kumar into confidence, unilaterally raised the issue of domicile. Given the high rate of unemployment in Bihar, the move may fetch some brownie points for Lalu. In Bihar, the youth have no option but to hunt for government jobs. Industries are few and far between and private investment is nothing to write home about. Government job is the only hope for the educated youth. This maybe why Nitish Kumar immediately agreed and suspended the recruitment of assistant professors. The issue can thus be seen as part of the game of political one-upmanship between the two alliance partners.

Nitish’s prime ministerial ambitions and the issue of domicile

Since taking over as national president of the JDU, Nitish Kumar has toured Delhi, Uttar Pradesh, Jharkhand, West Bengal and other states as part of his Mission 2019. The JDU has no popular base in these states but the party is hopeful that Nitish Kumar’s image and his decision to impose prohibition may fetch votes for it. Political analysts, however, insist that the party will not be able to make any headway in these states. But even a symbolic presence of the JDU in other states may strengthen Nitish’s claim to prime ministership. The domicile issue, however, may dent his image. He will be seen as a narrow-minded and parochial politician, lacking a national perspective. This will make success of Mission 2019 even more doubtful.

India is a federation of states. Barring certain exceptions, any citizen of India can go to any part of the country to earn his livelihood. The residents one states are free to settle in any other state and work in the government or private sector. Any domicile policy that discriminates against residents of other states goes against the grain of Indian federalism. Moreover, if Bihar implements a domicile policy, it may affect other states too. In Maharashtra and some states of south India, migrants from north India have been at the epicentre of political controversies. If Bihar goes for strict implementation of domicile policy and other states decide to follow suit, India’s federal structure may come under strain. 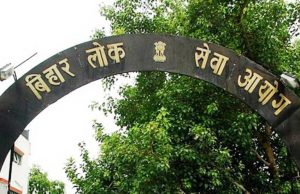 Regional and parochial politics may get a boost if all states start discriminating against residents of other states in recruitment to government jobs. There will be a danger of regionalism taking centre-stage, pushing to the margins the interests of Dalits, OBCs and women. If this happens, the progressive and Dalitbahujan politics will be the biggest losers while the elite and bourgeoisie, the biggest gainers. It is a known fact that parochial politics always benefits the upper classes. It is painful that the government of Lalu Prasad and Nitish Kumar – considered messiahs of Bahujan politics – is trying to implement a narrow policy in the state. What is even more interesting is that the BJP – the self-appointed custodian of nationalism – is supporting this demand. On the one hand, the BJP talks of nationalism, and on the other hand it is trying to fan regionalism to garner votes.

The decision to put the recruitment of assistant professors on hold will hurt the Bahujans of Bihar. The UGC norm, which is being cited to justify the decision, declares pre-2009 PhD holders eligible for appointment as college teachers. The number of PhDs is higher among the Savarnas. Reason: Pursuing doctorate requires a long time and financial resources, which most of the Dalit-OBC students cannot afford. It is easier for ordinary and Bahujan students to clear NET. The Dalit and OBC students have been given relaxations in NET, enabling a large number of students from these sections to clear the examination. Now, if PhD is declared the minimum qualification, it will be benefit only a certain section of society. In most of the universities of the state, Savarna teachers vastly outnumber others. Some say senior professors use caste as a criterion for selecting students for PhD programmes under their guidance. It is thus obvious which class will benefit the most if PhD is made the minimum qualification.

As Dalit-OBC students get some relaxations in NET, the number of NET-qualified candidates from these communities has risen considerably and they are getting selected not only under the reserved quota but also for unreserved posts. If domicile and PhD both are made mandatory, only Savarnas will get selected under the 50 per cent general quota.

The domicile policy is not only undemocratic but also impractical. There are Bihari students, teachers and workers in almost every state of the country. Adoption of parochial policies by the Bihar government may create problems for them. The Bihar government should immediately withdraw the new policy and resume the recruitment of assistant professors. That will be in the interest of Dalits and OBCs and all the other residents of Bihar. 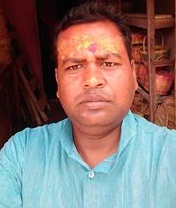