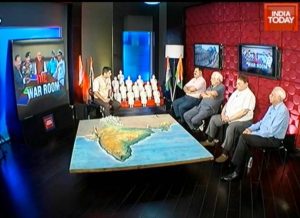 Speaking in his usual style, Prime Minister Narendra Modi launched an acerbic attack on Pakistan at a public meeting in Kozhikode. He advised Pakistan to uproot poverty, illiteracy and unemployment from its soil. Was the prime minister trying to draw the attention of the people of India away from the corruption, poverty and atrocities against Dalits and minorities pervading this country? Elections are due in some states. Was Modi trying to deflect attention from his failures?

BSP supremo Mayawati said in Lucknow that the union government had failed on all fronts. Paying tribute to the martyrs of Uri she said that their sacrifice had generated a wave of resentment in the country and that PM Modi’s efforts to divert attention from the problems plaguing the nation by linking them with similar problems in Pakistan would not succeed; in fact, it would cost him dear. Mayawati said that Modi had made all sorts of promises in the run-up to the general elections but to date they remain just that – promises.

Pakistan is trying to make the most of the prevailing tension in the Kashmir Valley. On the one hand, it is raising the issue in the UN and declaring that a solution to the Kashmir issue was a pre-requisite for restoration of peace and normal relations between India and Pakistan. On the other hand, it is pushing terrorists into the valley and violating the ceasefire on the LoC, thus provoking India. We would do well to remember that elections are due in a number of major states and the ruling BJP government at the Centre wants to keep the Kashmir issue alive. It knows that if it loses all or most of the impending state elections, winning the 2019 general elections will become an uphill task. 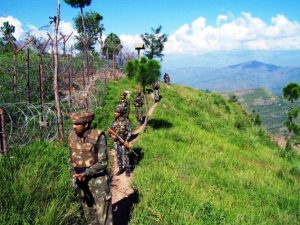 There is no denying the fact that the people of India are angry and pained by the antics of Pakistan. But that should not become an excuse for war-mongering by people holding responsible positions in the Indian government, top ruling party leaders, a bunch of former civilian and military officers driven by vested interests and a big section of the media. The powers that be do not intend to settle the dispute between India and Pakistan. They want to keep the pot simmering till 2019. Hence, there is little possibility now of India taking a decisive military action against Pakistan or declaring a war on the neighbouring nation. But it is almost certain that a war will be declared on the eve of the 2019 general elections so that it can be used as an excuse to put off the elections. If that happens, it will be akin to murder of democracy and will do irreparable harm to the socio-economic fabric of the country.

Kashmir issue is at the root of the hostility between India and Pakistan. The country and rest of the world know that it is a political issue and it can be solved only through a political initiative. Even the top brass of the armed forces, which is playing a key role in ensuring that Kashmir remains a part of India, is openly saying that the problem in Kashmir is not of law and order but political. But neither the Indian nor the Pakistani establishment is ready to accept this truth. This is shameful. The media, as always, is adding fuel to the fire. There is no doubt that the jawans who were killed in the terror attack in Uri must have been the only breadwinners of their poor or lower-middle class families. The entire nation is shocked and pained by the incident. But our corporate-controlled, TRP-driven TV channels are shamelessly marketing the agony and anger of the people. Ever since the Uri attack, the voluble retired generals, the former top brass of intelligence agencies and spokespersons of defence and external affairs ministries and of political parties are trying to whip up war frenzy in the loud debates on TV channels. What is surprising is that sitting in the air-conditioned studios of TV channels, the self-styled defence experts ferociously plead that Pakistan be taught a lesson by launching a war against it and in the same breath lament that Indian armed forces lack adequate resources. 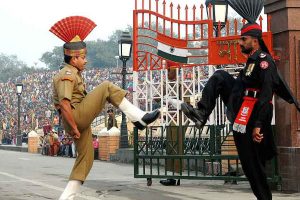 How can a country that is unable to deal with the casteist, economic, social, racial and religious “terrorism” within its borders think of combating terror at the global level? Can the US, with all its military and economic might, vanquish global terror? Far from it. The US itself is a victim of terrorism. If India thinks that Russia and the US are its friends, it is living in a fool’s paradise. Let us remember that while the US did flay the Uri attack, it carefully refrained from naming Pakistan. After all, Pakistan is a big buyer of American arms.

India should remember that an irresponsible and reckless Pakistan has nothing to lose except its innocent citizens. Economically, it is in a shambles. If a war breaks out between the two countries, India will be the loser and by India, I mean its ordinary people.

As for our prime minister, before the 2014 General Elections he might have been making fun of the then prime minister Manmohan Singh and his colleagues in the cabinet, and flaunting his 56-inch chest, he might have been calling for paying back Pakistan in the same coin, but today, as the country’s highest decision-maker he is not in a hurry to launch a war.

Modi’s real concern is not Pakistan but the 2019 elections. He knows that his old tricks won’t work again – they rarely do. That is why he sees the issue of Pakistan-sponsored terror as a godsend. The BJP would like to keep the issue alive till 2019.

It is high time our politicians gave up their narrow pursuits and put their heads together to thrash out a political and diplomatic solution to the Kashmir issue. Avoiding war at all costs will be the highest service to the nation. War does no one any good. We should try to bring global pressure on Pakistan. But for that, we will have to forge good relations with other countries. The responsibility of taking an initiative in this regard rests with India. 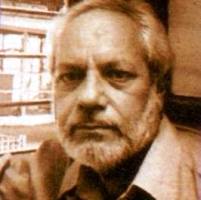