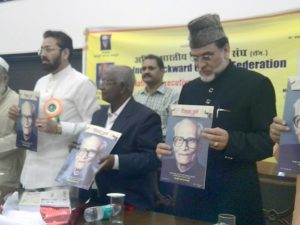 Normally, political parties take over the platforms of caste organizations but it did not happen in this case. The Akhil Bharatiya Pichhda Varg Sangh, which was founded by Ramlakhan Chandapuri – an epitome of sacrifice – in the very year of Independence at the behest of Babasaheb Ambedkar, never allowed itself to become a tool in the hands of political parties. On 7 August 2016, the stage of the national convention of the Sangh, held at the Constitution Club, New Delhi, sent out a clear political message but the stage itself had little to do with politics. It was a collage of the multicultural, plural Indian society. At the extreme left was seated R.L. Khanna of the Hindu Mahasabha, next to Buddhist Bhante Gyankirti and Syed Yahya Bukhari, president of Delhi Jama Masjid United Forum. In the middle was former chief justice of India K.G. Balakrishnan. To his right were Maulana Adib Kasim, president of Jamait-ul-Ulema-e-Hind; and Dr M.A. Khan and Indra Kumar Singh Chandapuri, the national vice-president and president, respectively, of the Akhil Bharatiya Pichhda Varg Sangh. They had gathered for the release of the special issue of Pichhda Varg Sandesh, centred on Chandapuri. Ramlakhan Chandapuri and Babasaheb Ambedkar had launched this journal. When Sunita Patil, president of the Maharashtra unit of the Sangh, said in her speech that the Muslims, OBCs, SCs and STs were the original inhabitants and rulers of this country, it seemed a joint front of Dalitbahujans and Muslims was in the offing. This front would end the monopoly of a handful of Savarnavadis and Hinduvadus over the State and would replace it with the legitimate rule of the pluralist Bahujans. Sunita Patil’s fervent appeal for a Dalitbahujan-Muslim front was in keeping with the composition of the audience. The hall was chock-a-block with women from the minority and Dalit communities and with men and women of the backward classes.

The coalition Sunita Patil was talking about was something that the BSP founder Kanshi Ram had visualized long ago. Well-known political scientist Rajni Kothari had said, “If the Backwards, Dalits, minorities and Tribals join hands, they will make a formidable majority.” The strength of such a majority was visible in the Lok Sabha elections held during the Mandal agitation. The Lok Sabha during V.P. Singh’s regime was quite different from the earlier Lok Sabhas. The number of Brahmins had come down substantially and that of the OBCs had jumped. But unfortunately, the Mandal politics was swept away by the upsurge of rightist politics led by the RSS. It is not a mere coincidence that Hindutvavadi powers are again dominating the country. They have always had a monopoly over the State. Unless they are unseated, the Dalits, Muslims, OBCs and Christians will continue to be on the margins of society. The Dalits, Backwards, Muslims and Tribals will have to again forge a joint front to vanquish the Hindutvavadi forces.

Ramdev Vishwabandhu, the Jharkhand unit president of the Sangh, said in his address that Brahmin is not a caste or a class but a domineering ideology. He said it would never want the rise of the Backwards in the political and economic fields. He emphasized the need for the economic empowerment of the Backwards.

Maulana Abid Kasim expressed his dismay over the character of the present dispensation. He said that Muslims had also taken part in the freedom movement and laid down their lives but today, they were being put in the dock. He added that history was witness to thousands of Ulema sacrificing their lives for the nation. He noted that madarsas from all over the country had raised funds and handed them over to Gandhiji to enable him to tour the country and arouse the nation against the oppression of the British, but the same madarsas were being defamed today. 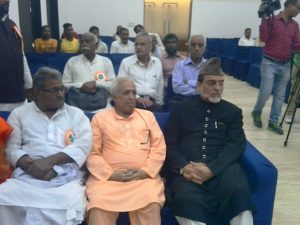 The history of the Sangh is the history of struggle against injustice. The Sangh was established on 10 September 1947. Initially, it was known as Bihar Prantiya Jati Sangh. Ramlakhan Chandapuri, who fought for reservations for the Backwards all his life, had to suffer betrayals. He had established the Sangh with the consent of Ambedkar. On 6 November 1951, Ambedkar came to Patna at the request of Chandapuri. Ambedkar’s public meeting was attacked at the behest of the then Congress government. Chandapuri provided cover to Ambedkar to save him. But for Chandapuri, the Mandal Commission recommendations could never have been implemented. On 18 March 1948, Chandapuri had met the union law minister and demanded inclusion of Article 340 in the Constitution. But for this article, the courts would have struck down the recommendations of the Mandal commission. The Picchda Varg Sandesh released on the occasion, reveals many a historical injustice. 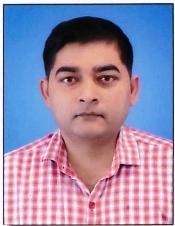