On 25 December 2016, thousands of people from various parts of Maharashtra gathered at Deekshabhoomi in Nagpur to embrace Buddhism under the ‘Deeksha’ of Bhadant Nagarjun Surai Sasai. The Satyashodak OBC Parishad organized this mass conversion. He read each of the 22 vows taken by Babasaheb Ambedkar nearly 60 years ago in the venue when he embraced Buddhism with millions of his followers. Bhadant Nagarjun Sarai Sasai is an 81-year-old monk from Japan who has made India his home since 1967. He lives in Rajgir, Bihar. 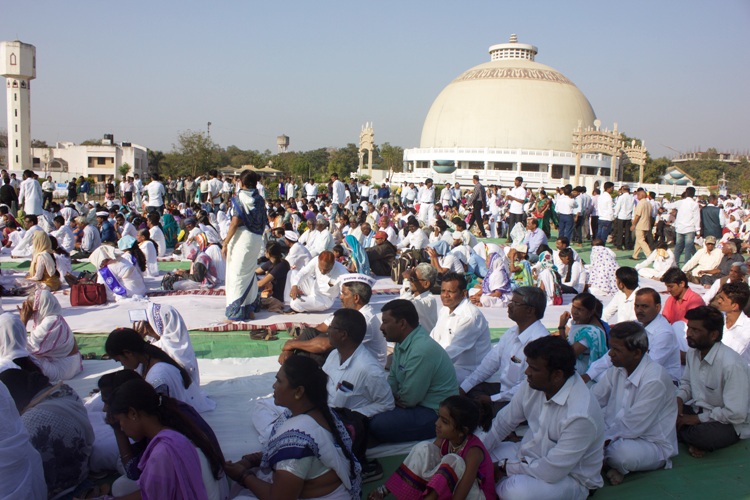 Dalits have been embracing Buddhism for a long time. A hundred years before Babasaheb’s conversion, Pandit Iyothi Thass had converted to Buddhism. Maharashtra in particular has seen huge changes in the life and culture of the Dalits after their embracing Buddhism. These changes are visible when you visit Deekshabhoomi during Ashoka Vijayadashmi, when millions gather here. It is a festival that has come to overshadow the Hindu Dussehra festivities in Nagpur. (Similarly, the crowds at Chaityabhumi, Mumbai, on 6 December surpass any other gathering in Maharashtra.) The most interesting aspect is that a huge amount of Dalit-OBC literature is available for purchase. It is a fact that literature, Ambedkarite literature in particular, has empowered Dalits and everyone else who has read it. 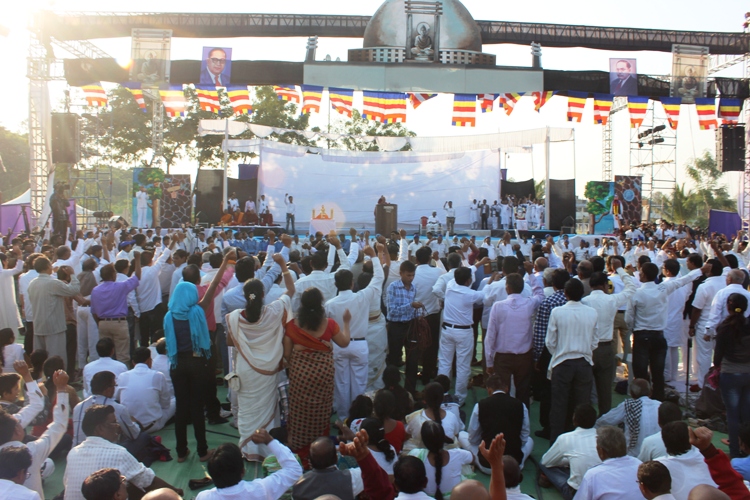 The Satyashodhak OBC Parishad held this ceremony because it believes that when OBCs start understanding their historic role in India’s enlightenment through cultural empowerment, the brahmanical forces will be defeated. Like Kushwahas and Mauryas in UP and Bihar, who claim a Buddhist lineage from Ashoka and the Mauryans, the Satyashodhak OBC Parishad too holds the view that OBCs of Maharashtra are actually Nagvanshis and therefore originally Buddhists. While Buddhism has been seen to politically empower people, the Sangh Parivar and the Hindutva forces co-opt it as an extension of Hinduism. A senior Buddhist friend told me at a discussion in Deekshabhoomi that he was shocked to run into representatives of the Vivekananda Foundation at a meeting of Buddhists organized by the Government of India. It means that while the government is using Buddhism to promote India among the Southeast Asian Countries, at home, it is bent on making Buddhism a part of Hinduism to quell the revolt against brahmanical customs and culture. 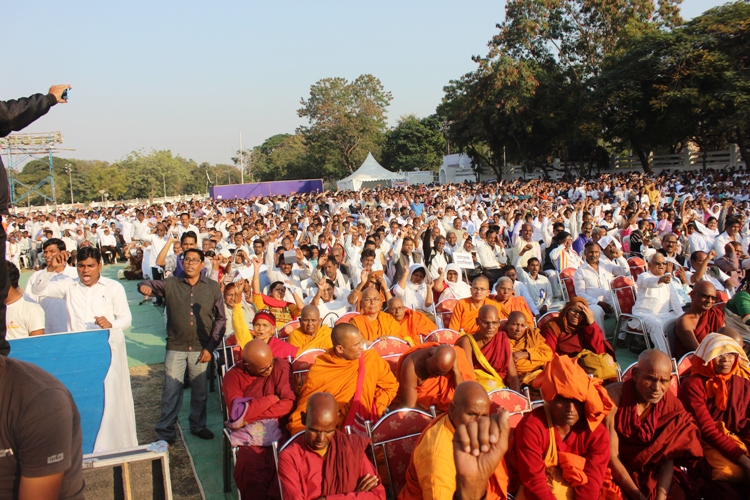 The legendary Hanumant Upare and others founded the Satyashodhak OBC Parishad in 2008, claiming that Maharashtra had more than five crore OBCs and they were victims of caste discrimination. It was Upare who had wanted to bring together more than 5 lakh OBCs to Deekshabhoomi for this mass conversion but his untimely death in March 2015 meant he was not able to see this day. His death was a big blow to the movement led by the Satyashodhak OBC Parishad in Maharashtra. In an interview with India Today, he had said that the movement was an attempt to bring people back to their original religion. He had said this would not be conversion but “ghar wapsi” in the real sense, adding that the caste system in Hinduism was responsible for the backwardness of the OBCs and there was no respect for the OBCs in Hinduism. He described the conversions as “our revolution to break free from caste oppression”.

Hanumant Upare had stellar academic qualifications and was also a successful businessman. He was committed to empowering the OBCs of Maharashtra, socially as well as culturally, and building their alliance with the Dalits. Upare embraced Buddhism in 2008. Eight years later, his entire family was present as thousands others followed in his footsteps.

Bhadant Nagarjun Surai Sasai told me, “I hope the ghar wapsi of OBCs to Buddhism will cause the people to think. As the political leadership of the community continues to falter and to appease the brahmanical discriminatory forces, because it has to depend on them for their political survival, it is important that the community has started thinking outside the box. The way to enlightenment and Prabuddha Bharat are not for Dalits alone but for all and therefore the liberation of the OBCs and all others who want truly a casteless and humanist, rationalist society, is in keeping with Babasaheb Ambedkar and Buddha’s dreams.” 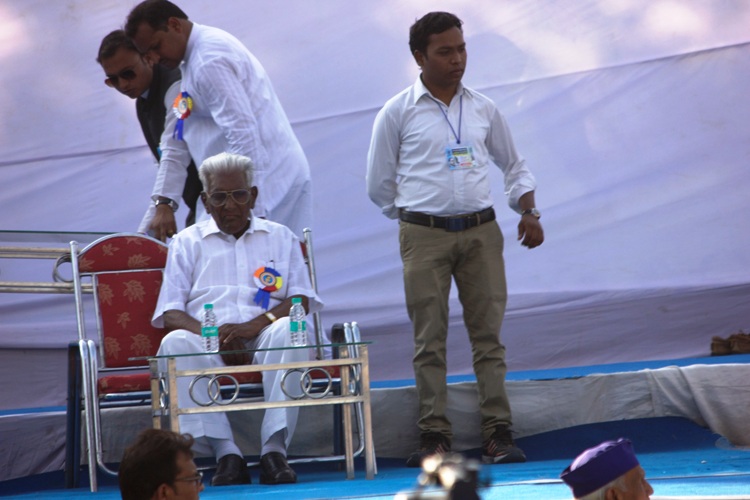 This event can bring the Dalit-OBCs together, as was visible at the Deekshabhoomi, where hundreds of Ambedkarites were present to witness and participate in this historical ceremony presided over by veteran Ambedkarite and a participant of the 1956 conversion, Sadanand Fulzale. He was the deputy mayor of Nagpur at the time.

Most of the people, I spoke to at the Deekshabhoomi function felt that it was high time Dalits and OBCs came together to liberate themselves from the mental cultural slavery of the brahmanical system.