The year 2017 marked 75 years of the convention of women organized by Dr Ambedkar under the aegis of the Scheduled Castes Federation. To commemorate it, the All-India Mahila Parishad met on 10 March – the 120th death anniversary of Savitribai Phule – in Nagpur. I was also among the 4,000 women from different parts of the country who attended the convention. 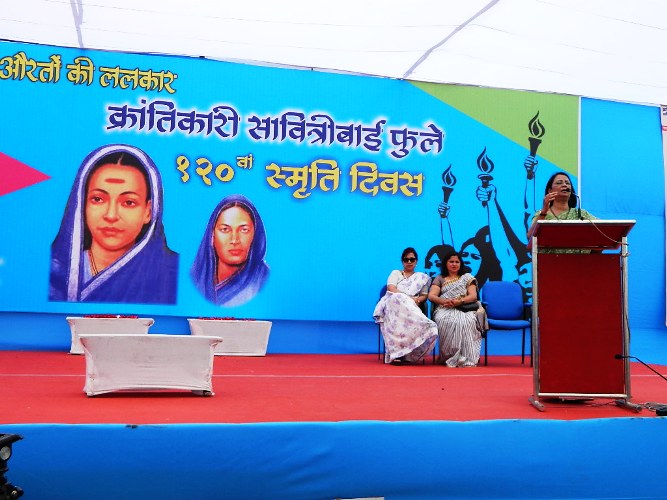 Abhinaya Kamble, Smita Kamble and other representatives of women’s organizations from different states shared their views. Chayatai Khobragade and her team of activists were the moving spirit behind the success of the event.

The brahmanical and capitalist forces are trying to divide women on the basis of caste, language and region to perpetuate their dominance. This has made life difficult for women. The Constitution guarantees equality for all but its implementation is in the hands of brahmanical elements. They are against the Constitution and human values. This is their tradition. If the women have had to endure domestic violence and rapes, it is because of the brahmanical mindset. The Bahujan women have been enslaved for ages. Being ignorant, they cannot differentiate between their friends and their foes. I was under the impression one of the objectives of the convention was to make the savarna women aware of the slavery of the Dalit women. Women from minority, Adivasi and OBC communities were joined by members of the third gender and sex workers in recounting exploitation by the system. 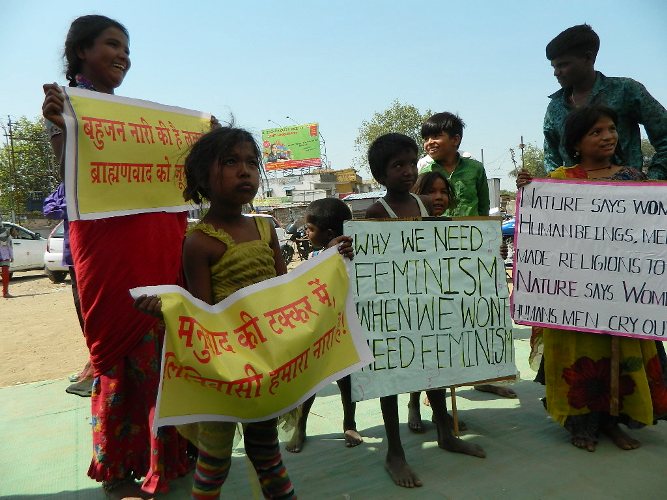 Children pose for photos holding aloft placards made for the function

What shocked me was the attempt by Brahmin communist women to justify and even glorify the traditional profession of prostitution. Ambedkarite women vociferously opposed it.

Women representatives of many NGOs participated in the convention. Some Brahmin women had also managed to wriggle in. They supported prostitution. They said they did not consider it exploitation. Abhinaya Kamble, Smita Kamble and Chayatai Khobragade and I protested. 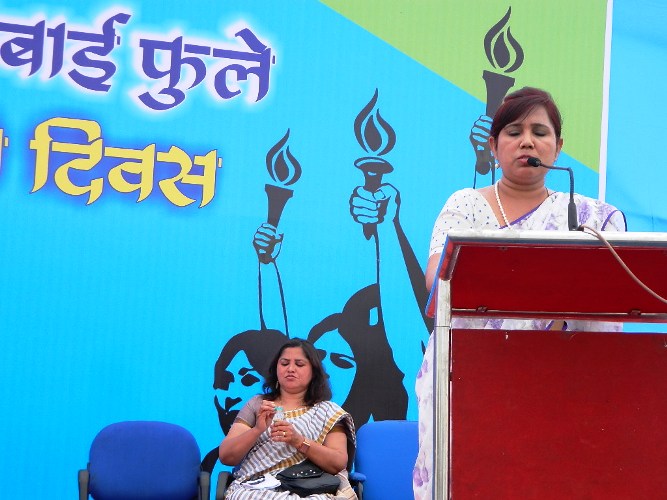 Abhinaya Kamble said that Babasaheb had appealed to the prostitutes of Kamathipura, Bombay, to quit their profession. “Shame on those who are glorifying prostitution”, she said.

I too voiced my protest: “These Brahmin women are stigmatizing SC, ST, OBC and minority community women. This is their mindset. This profession is unconstitutional. It is our duty to stop it. We will stiffly oppose women who have such a mindset and ideas. They will hurt our movement.” 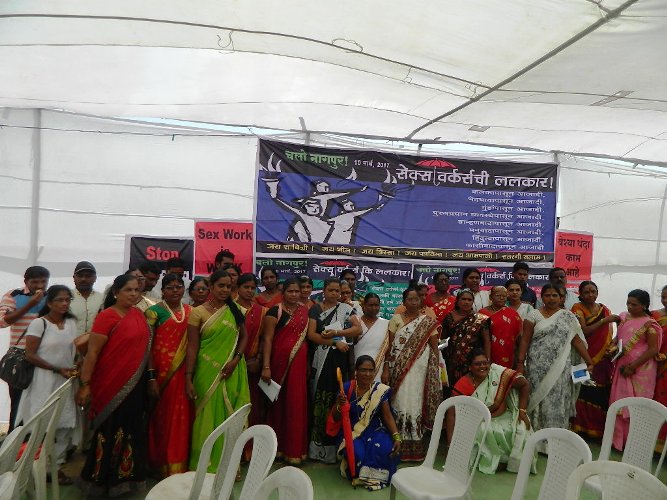 There was an attempt to glorify sex work, which the Bahujan women opposed

Prostitution is casteist oppression first, gender oppression next. Most of the women in the profession are Dalits and OBCs who have been forced into it. There are Muslim, Sikh and Dalit Sikh women too. They are pushed into this profession talking advantage of their poverty. They are deprived of health facilities, education and even food. Most of them are abducted. What was painful was that the savarna women attending the meet, who were communists, were demanding that this profession be given the status of a formal job. They were saying that Brahmin women are also in the profession. This is rubbish. The Constitution guarantees dignified job to everyone and the state is responsible for doing that. It should fulfil its responsibility. In India, it is next to impossible to quit this profession. If it is so easy, why women are not quitting it? In Patna, some women wanted to quit but they had no option. They are in this profession from one generation to the next. 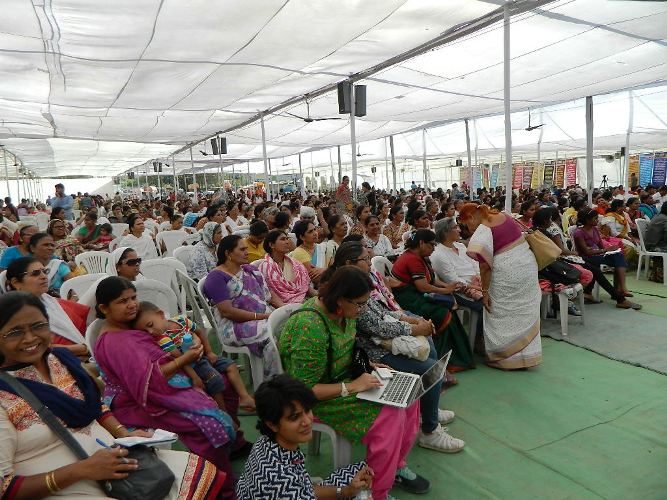 Women from all over the country attended the convention

The savarna women were defending an economy built around a very pernicious system. It is like you continue to deploy people for manual scavenging or skinning dead animals and call for a better system for them. They should continue to do unclean job under a “good system”. This was what Gandhi said and this is what Modi is saying – that these persons should become good scavengers. These women are saying the same thing. They say that the prostitutes should become good sex workers. They have to run their NGOs. They have to mint money. That is why they are lying. If this is such a nice profession, why don’t Brahmin women join it? Let them bring a Brahmin prostitute and I will honour them on a road square. When the savarna communist women were speaking, we opposed them. We said that Ambedkar had asked them not to continue in the profession. He had said that the state is responsible for making alternative arrangements for them. I am happy that savarna women were exposed here. Bahujan women will remain cautious of them.

This incident was an eye-opener to me. I felt let down. I felt that it is due to such elements, that women are not able to rise above the considerations of caste and forge a joint front. 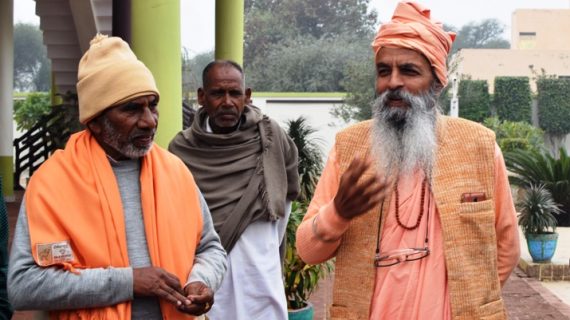 A team of journalists led by Pramod Ranjan, editor, FORWARD Press, is touring India to explore Bahujan India and its culture. The team invites FP readers to join this odyssey. We will keep you posted with what we see and learn through regular reports and articles. Here is a report by Pramod Ranjan from Rajasthan 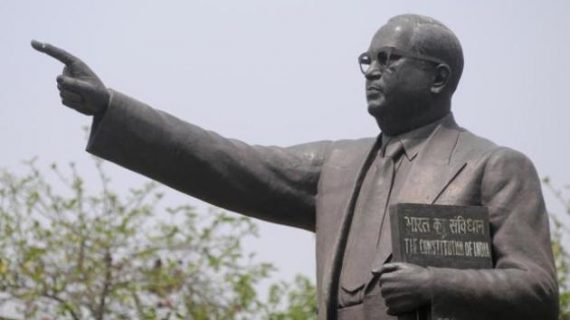 Dalit candidates for president: A warning sign for Dalit politics

About 93 years after Babasaheb Ambedkar launched the Dalit movement with an address to the Bahishkrit Hitakarini Sabha in Bombay in 1924, ‘Sanghi feudalists’ and ‘liberal feudalists’ have fielded their own Dalit candidates for president. Is this how Ambedkar would have it? Or is this a conspiracy to render the Dalit movement rudderless? Read Sanjeev Chandan’s analysis