As a person working countrywide for the legitimate rights of SCs, STs and SEdBCs during my entire service in the IAS from 1956 to 1990 and before and after, spanning nearly seven decades, I request you to consider taking the following measures:

(i) Reverse your government’s recent decision to implement the order passed by the previous Akhilesh Yadav government to scrap reservation for Scheduled Castes (SCs), Scheduled Tribes (STs) and Socially and Educationally Backward Classes (SEdBCs) in the post-graduate courses at private medical and dental colleges in the state. 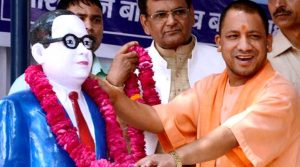 This decision goes against the letter and spirit of the Constitution (93rd Amendment) Act 2005, inserting new Clause (5) in Article 15, the validity of which has been upheld by the Supreme Court in its 2008 judgment in the Ashoka Kumar Thakur case in respect of Central and Aided Educational Institutions, and in its judgment of 12 May 2011 in the Indian Medical Association vs Union of India and Others case and of 6 May 2014 in the Pramati Educational Cultural Trust and Others vs Union of India and Others case in respect of private unaided educational institutions.

This decision is also against Shri Narendra Modi ji’s repeated statements emphasizing the need for the advancement of SCs, STs and SEdBCs and your own statement immediately after you took charge as Chief Minister that the welfare of SCs and SEdBCs would be given special attention.

The previous government’s decision was taken in its closing days and was against the interest of the SCs, STs and SEdBCs. Probably, after your government assumed power, you didn’t have enough time to deliberate over the decision, which was then mechanically implemented by the government machinery. Now, kindly look into this and reverse this decision.

(ii) Reverse the previous government’s demotion of large numbers of SC and ST promotees in the state departments following the Supreme Court judgment of 2012 which set aside section 3(7) of Uttar Pradesh Public Services (Reservation for Scheduled Castes/Scheduled Tribes and Other Backward Classes) Act, 1994 and the consequential seniority under Rule 8 of Uttar Pradesh Government Public Servants Rules.

It was possible through legal means to keep out of the purview of the judgment the SC and ST officers who were already promoted under reservation if the Supreme Court had been moved appropriately in this regard. Suitable legally sustainable ways can now be devised to reverse this mass demotion. Once you taken an in-principle decision to do this, if the state machinery has any doubt about how to achieve this purpose in a legally sustainable manner, I shall be available for advice and suggestions.

(iii) Revive the provision for reservation in promotion for SCs and STs in the state services, gathering and recording up-to-date data, in keeping with the guidelines issued by the Supreme Court in the N. Nagaraj case in 2006.

(iv) Reverse the passing of the UP Revenue Code (Amendment) Bill 2016 when the previous government was in power. This Amendment allows Dalits of the State to sell their land to non-Dalits in the State without the approval of the administration even if their remaining holding is less than 3.5 acres.

The removal of this longstanding protection will result in erosion of the disproportionately low land-ownership of SCs. The need for Dalits to sell their land arises from economic crisis and distress. This can be on account of expenses incurred for education and health.

Education-related distress can be prevented by strengthening and properly implementing programmes for the educational development of SC children, such as:

Health-related crisis and distress can be prevented by making health and medical services properly and fully available and by providing medical insurance.

In spite of these provisions, if there are extraordinary situations on account of which any Dalit is forced to sell his/her land, such land can be purchased by Land Banks, which should be established by the state government to redistribute the land to deserving rural Dalit agricultural-labourer families.

P.S. Krishnan, IAS (Retd), was secretary, Ministry of Welfare, Government of India, and is currently advisor to the Government of Telangana on backward castes welfare. In his illustrious career he has served on various government committees and bodies concerned with social justice for the backward castes 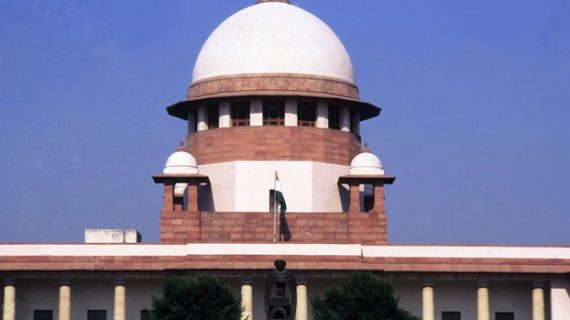 Nod to reservations in promotions in banks