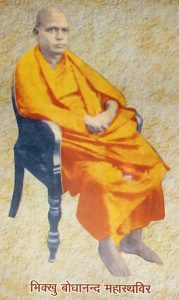 “Had there been ten bhikkhus in India like you, the country would not have been in such a poor condition,” Babasaheb Ambedkar had told Bhadant Bodhanand Mahaisthivir, who was active in the Buddhist movement.

Bhadant Bodhanand was one of those great personalities, brilliant scholars and perceptive critics who pave the way for society’s progress. Born into a Varendra Brahmin family in Chunar (Varanasi) in 1874, Bhikkhu Bodhanand was in pursuit of truth from his childhood. He had a curious mind and spent his initial years serving saints and yogis in the hope of finding answers to his questions. He started studying the Hindu scriptures with great enthusiasm only to realize soon that the Brahmanism-dominated Hindu religion had an inhuman face, keeping the Dalits and the backwards in perpetual misery for centuries. He was an eyewitness to many horrific atrocities. He wrote, “I did an indepth study of Hindu scriptures and Hindu culture but it could not give me peace of mind. I realized that the Hindu religion has a horrendous birth-based varna system that keeps a vast number of people, that is the Shudras and the Untouchables, in a pitiable state. They have been deprived of all avenues of growth and progress in religious, social, political, economic and educational arenas. Their human rights and aspirations are mercilessly and slyly trampled upon. The upper-caste Hindus are drawing undue benefits from the birth-based varna system and are living off the toil of the oppressed. I felt very disturbed and sad to see their condition.”[1] Addressing the so-called Shudras (Backwards) and Unotouchables (Dalits), he said, “For each of you, it is proper to demolish this brahmanical varna system and attain complete freedom. Remember the varna system is a deadly poison that has turned 16 crore [160 million] human beings into Shudras and Untouchables. This system has no place in human society. It should be destroyed completely.”[2] 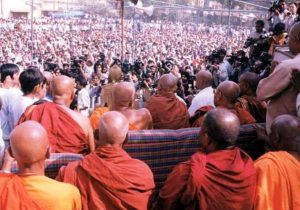 Apart from expressing a person’s thoughts, words also give us an insight into their personality and works. Bhikkhu Bodhanand’s works are the vehicles of his personality and his beliefs. He dedicatedly worked all his life for spreading the humanistic message of Buddhist Dhamma in society. In 1916, he founded the Bharatiya Bouddha Samiti in Lucknow. Under the banner of the Samiti, he went from village to village and town to town in Uttar Pradesh to tell the people about the teachings of Buddhism. He established a library in Bihar with a large collection of Pali, Sanskrit, English and Hindi books on Buddhism and books on religion, philosophy, history, archaeology and sociology. Many of these books were rare. The library was also a treasure trove of books on pre- and post-vedic Indian culture, civilization and art, travelogues of foreign itinerants and treatises on archaeological discoveries. Obviously, his objective was to educate people so that they could not only work for their development but also fulfil their social responsibilities. He brought the intellectuals, thinkers, lawyers, professors and reformers of the Dalit and Backward communities on one platform to launch a movement of the backward classes. By the 1930s, he had emerged as a tenacious social activist and thinker who ceaselessly fought for securing the interests of the backward classes in north India. The castes on which he did significant work include kalwar, teli, barai, tamboli, gadaria, kahar, mallah and kumhar. In 1928, he established the Navratna Committee, which later evolved into the Hindu Backward Classes League and Mool Bharatvasi Samaj. He was the founder of these organizations and Chandrika Prasad Jigyasu, a kalwar by caste, was their chief mobilizer. 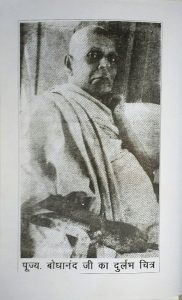 Bhikkhu Bodhanand was a progressive thinker and strongly believed in calling a spade a spade. Angne Lal, a former vice-chancellor of Dr Ram Manohar Lohia Avadh University, gives an example of Bodhanand’s plain talking in one of his articles. He writes, “I am told that Bhadant ji was as hard as he was soft. He wasted no time in protesting when anyone said anything wrong or misleading and he did not care how high-ranking or powerful the person making the wrong claim was. At a Buddhist programme, which was being chaired and conducted by Bhadant, the chief guest (probably Rajrishi Purushottamdas Tandon) in his speech said that Buddhism was a branch of Hinduism and that Buddha was an incarnation of Vishnu. Bhadant ji not only contradicted him immediately but also asked him to wind up his speech. Similarly, when Professor Rajnarayan, head of the department of philosophy in Lucknow University, while speaking at a function held on the occasion of Buddha Jayanti, said that people did not throw out only Buddhism of India but also ‘bechara’ (poor or helpless) Buddha, Bhadant took a strong exception to the use of the word ‘bechara’ and the professor had to backtrack. Similar incidents abound in his life.”[3]

It was due to his intellectual honesty and his being unwaveringly principled that Bhikkhu Bodhanand always took a logical view of things and could stand his ground. He did not give up fighting for his cause as long as he was alive. Today, the situation is worse than in his time. The conspiracy for eliminating Buddhism by absorbing it into the Hindu fold continues. Brahmanvadis are still chanting in chorus that Buddhism is a branch of Hinduism and that Buddha was an incarnation of Vishnu. Bodhanand used to say that all those who were exploited in the name of religion and caste would have to wage a cultural battle sometime in the future, and fortresses would be needed for that battle. His Buddha Vihar in Lucknow and the Bouddha Dharmanusandhan Pustakalaya in it is one such impregnable fortress. He gifted the followers this “war room” in which they could discuss and evolve ways of taking the movement forward. He used to tell his followers, “You are the soldiers of this army. The battle is a long one and has to be fought consistently. You have to recruit truthful, tested, combative and committed soldiers in this army.”[4] Referring to his library he told his disciples, “I am handing you over this mental ammunition. Sit there and study the books. You will gain a lot.”[5] 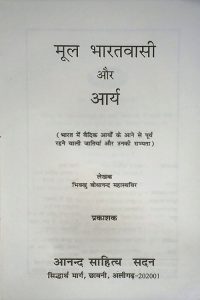 Bhikkhu Bodhanand’s most important work Mool Bharatvasi Aur Arya came out in 1930. It is based on research of religion, culture, behaviour and eating habits of the savarnas and concludes that the Aryans were aliens who did not mix with the original inhabitants even hundreds of years after their arrival here. They could never become a part of the culture and civilization of the original inhabitants. That is not all. They had conflicts with the original inhabitants that turned violent and continued over a long period of time. His book exposes the truth that Brahmanvadis deftly kept hidden from us for thousands of years. This book triggered an intellectual movement, awakened the backward classes and gave them ample reason to be proud of themselves. It should be noted that it was the first research carried out by an Indian scholar arguing that the Aryans and the indigenous inhabitants were two different races.

What Chandrika Prasad Jigyasu wrote in his preface to the book is important in the new, complex contexts. He wrote, “In my view, this book has nothing to do with the ongoing national movement. All Indians are equally participating in this battle for Independence. But Independence should not mean that the weak and simple people of this country are freed from the British rule only to become slaves of a vedic or brahmanical rule. The society and the system of governance should be based solely on humanism. Those who are weak, helpless and downtrodden – their rights should be protected in the first place … it can be said without a shred of doubt that India will witness a terrible social revolution because revolution is the mother of change. Just as a son cannot exist before his mother, similarly change cannot predate revolution. Therefore, the call for revolution is aimed at bringing about change. This book proves without any doubt that Indian Hindu society is home to all sorts of atrocities and injustices. In this 20th century, the new generation is not ready to tolerate the atrocities. For centuries we were hunted from behind the smokescreen of religion. The trap of varna system was deftly laid and was used to serve vested interests. Now, the people have come to realize that the brahmanical varna system is a political trickery which has been used to ruin the simple people.”[6]

These things might have been written in the context of the social conditions prevalent in the 1930s but they are as meaningful today as they were then. Despite a democratic ambience, there are challenges galore as far as our social system is concerned. That is because those who are ruling the roost in the democratic setup are the puppets of the same class that has been oppressing the people and has grabbed power by manipulating the democratic system. Today, our society needs fighters and scholars like Bodhanand who can educate people in egalitarianism, not only in the urban centres but also in the rural hinterland.

[1] Bhikkhu Bodhanand, Mool Bharatvasi Aur Arya, Anand Sahitya Sadan, Aligarh, 2005, reprinted edition. The first edition of the book was published in 1930 from Lucknow. The quotations are from an article by Gulab Singh that forms part of the book. 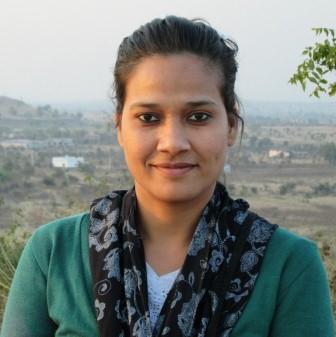 Upasana Gautam is a research scholar in the translation department of Mahatma Gandhi International Hindi University.